A First Look at #MyLittlePonyMovie 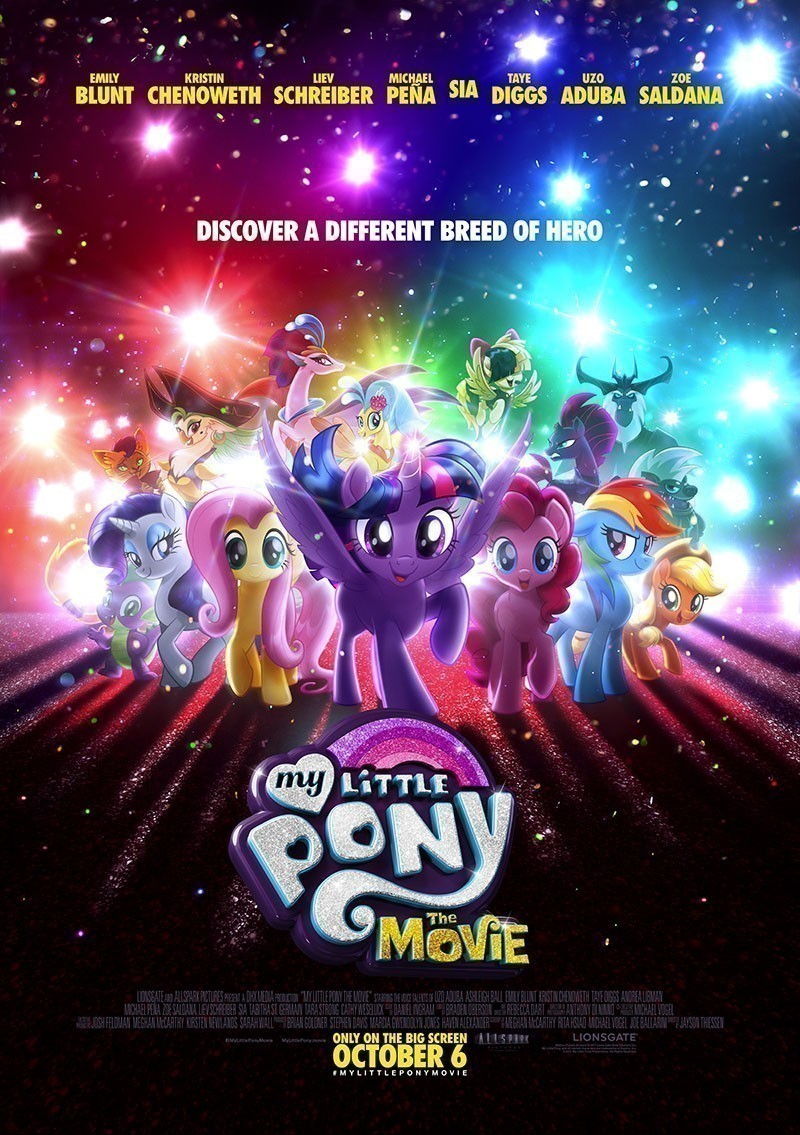 Can you believe that the first My Little Pony toy actually came out in 1981?!  Now, more than 30 years later, My Little Pony: The Movie will be hitting the screen on October 6th!  I’m so excited to see this movie and reminisce on my childhood days, as I was a pretty big fan of these adorable toys.

All 6 of the classic ponies will star in this up-and-coming film — Twilight Sparkle, Applejack, Rainbow Dash, Pinkie Pie, Fluttershy and Rarity.  The story follows the ponies as they embark on a journey outside of their everyday lives in Equestria.  As the ponies begin their new adventure, they are certain to make new friends, discover new and exciting places, and realize the magic of friendship.  Of course, there will be many different challenges and obstacles that the ponies must face, but as always, their special bond of friendship will never break.

My Little Pony: The Movie will feature an AMAZING voice cast that includes Emily Blunt, Kristin Chenoweth, Liev Schreiber, Michael Peña, Taye Diggs, Uzo Aduba and Zoe Saldana.  In addition to voicing characters, many of these actors will be performing original songs during the film!  These actors include Sia, Diggs, Saldana, Chenoweth and Blunt.  I’m sure that this cast will not disappoint, and I’m so eager to hear all of the new music that will be featured in the movie!

This highly anticipated movie will definitely be a must-see for this year!  My Little Pony: The Movie will be a great film to bring your kids to, or, if you just want to see a fun, feel-good movie, you could definitely grab a group of girlfriends and see it for a girls night out!  Unfortunately, you’ll have to wait until October 6th to see My Little Pony: The Movie, but don’t worry because fall will be here before you know it!

Play with the all-new Gif Creator

Watch the brand new trailer below!

14 Reasons to Visit Barcelona
← Previous
The Ultimate Giveaway That Will Build Your Confidence In the Kitchen
Next →
Click here to cancel reply.