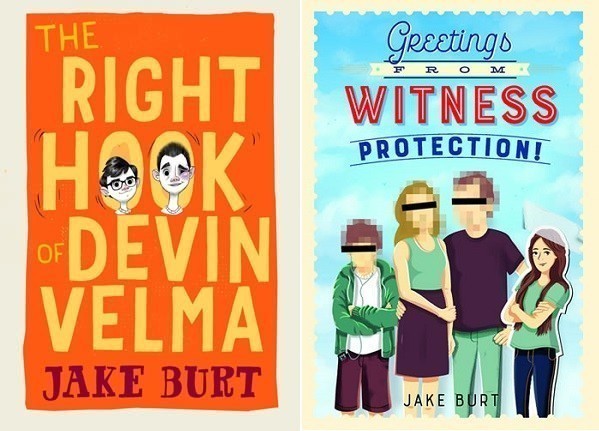 Jake Burt is an educator and writer whose latest novel, The Right Hook of Devin Velma, hits shelves this October! That being said, we were lucky enough to get our hands on an advanced copy! Check out what we thought of it here:

Review of The Right Hook of Devin Velma by Jake Burt

How far should you go for your friends? The Right Hook of Devin Velma by Jake Burt is a novel revolving around a friendship in the midst of life changing moments. The novel follows young Addison Gerhardt and his best friend, Devin Vilma, as the two take on a major, epic, somewhat crazy task.

Addison learns a lot in this novel, but one of the major themes is that not everyone deals with things the same way we, ourselves, would. With Addison being such an introvert and Devin being, well, not, it’s surprising these two even found each other. And yet, their friendship has now been thrown into a world of chaos with Devin wanting to find fame via social media while dealing with some personal issues at home. Addison, on the other hand, isn’t so fond of the idea of finding internet fame. Thus begins an adventure with plenty of ups and downs for this unlikely friendship.

What I found most interesting about this novel is that the protagonist isn’t the only one you empathize with. While you see what’s happening through the eyes of Addison, Devin’s own struggle is still there, still obvious and important. This is a novel based on friendship and how, even in the hardest times, good friends are of great value.

The story is filled with beautiful moments that show what anxiety feels like. It follows a protagonist who is thrown head first intro uncomfortable circumstances and shows how he deals with the aftermath of a life-changing moment. The Right Hook of Devin Velma by Jake Burt is a beautiful, impactful story about friendship, understanding, and self-worth.

After reading The Right Hook of Devin Velma, we had the opportunity to interview author Jake Burt himself! We learned about his love for The Hobbit, his respect for kids, and how he randomly ended up in a Chinese commercial back in the day. Read the whole interview below: 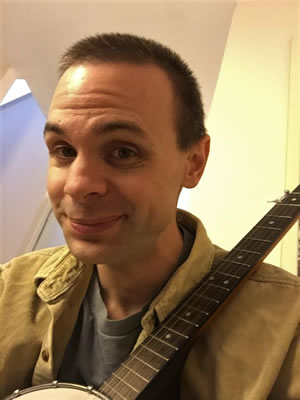 I live and work in Connecticut, where I teach fifth grade and write books for kids. My first novel, Greetings from Witness Protection! came out in the fall of 2017. And the next, The Right Hook of Devin Velma, launches on October 2nd. When I’m not writing or teaching, I’m usually running around outside, playing the banjo, or binge-watching the entire MCU with my daughter.

Can you tell us a bit about The Right Hook of Devin Velma and why you were inspired to write it?

This novel is about taking a rock-solid friendship, then shaking it to its core to see if it can survive. The narrator, Addison Gerhardt, wants nothing more than to help his friend Devin with a major family problem. Trouble is, everything Devin asks of Addison forces him to confront his greatest fears. The inspiration came largely from those fears – many of Addison’s insecurities are ones that we all secretly harbor, myself particularly. Addison just happens to wear the effects of his fear on his sleeves, which for him is particularly fraught. (It’s hard to hide when you’re over six feet tall and the star of your middle school basketball team.)

You have another book too! Can you tell us about Greetings from Witness Protection?

I never get tired of talking about Nicki! She’s a thirteen-year-old girl in foster care, and at the start of the novel, she’s about ready to give up on finding a forever home. That’s what makes the US marshal’s offer so tempting: they want her to join a family going into witness protection, to help better hide that family from the criminals trying to track them down. In order to do so, she has to maintain a perfectly normal persona at her new school, complete with average grades, just a few friends, and absolutely no accomplishments that might make her stand out. That’s not easy for a streetwise girl who just happens to be one of the world’s most gifted pickpockets…

When did you realize you had a talent and a passion for writing? What inspired you to be a writer?

The passion came from a moment in the eighth grade, when my English teacher let me stand in front of the class and read a handwritten, fifteen-page story about a knight in shining armor. It was derivative, it was over-the-top, and it was truly cringeworthy. But he let me have an audience for my work, and I’ve loved telling stories ever since. It’s also why I love paying it forward by reading my students’ work. There’s something magical about knowing that what you write will be considered by someone else, whether they love it, hate it, or don’t give it another thought. It’s still a brief connection, and a vital one. As for the talent? Well, I’m still working on that part.

I tell my students that there are three basic elements of a story – character, setting, and problem. Once you have those, you’ve got yourself a framework. My process starts with one of those popping into my head. In the case of Greetings!, the character of Nicki was the genesis. The rest of the story built around her. For Devin, the problem., a kid who hates the limelight having a best friend who wants nothing more than to drag him into it, came first. After I’ve got those sparks, I have to get to work. Some authors can just sit in front of their computer and let the story flow onto the screen. I need to outline, write up character bios, draw setting maps, and cultivate dozens of lists. This prewriting process takes longer than the actual drafting, but it makes the creation of the manuscript go much more smoothly.

You are a fifth-grade teacher! How has teaching helped you as a writer? Was it your experiences as a teacher that influenced you to write for a younger generation?

There’s a fairly tired old adage in our industry: “Write what you know.” It’s been thoroughly dissected by better literary scholars and luminaries than me, so I won’t belabor it here. The spirit of it, however, does apply to what I do. It’d almost have to; I’ve been in school, whether as a student or teacher, for the past thirty-five years. If there’s one thing I (think I) know, it’s school. I can’t really quantify how much teaching and, more to the point, my students have impacted my writing, so I think I’ll just go with immensely. My characters’ voices, their enthusiasm, their senses of humor – all of it is informed by what I’ve been blessed to share with my students over eighteen years in the classroom.

Which writer/book has inspired you the most and why?

Tolkien/The Hobbit. I will admit that its influence on me is largely due to my father reading it to me when I was little. He did voices for the trolls and everything. It was so wondrous to me, so foundational, that I desperately wanted to create something even a fraction as magical, if only in homage. And, to be honest, I’m not sure I have. I grew up reading fantasy literature – everything I could get my hands on, from C.S. Lewis to Marion Zimmer Bradley to Choose Your Own Adventures. If you had asked me when I was twelve what I’d be writing when I was thirty-nine, I’d have told you fantasy, full stop. It probably says something about how hallowed I view The Hobbit that all of my novels so far are middle grade contemporary…

Managing self-promotion. I know it’s critical these days to herald one’s own work on social media, but it’ll never not feel weird. And the thing is, I love it when my friends in the author community do it. I’ll retweet and celebrate their accomplishments for days, without compunction and with joy. My own stuff? I have to close my eyes and grit my teeth before I hit send.

One of the most wonderful experiences I’ve ever had was living in Jinan, China, for a year. I taught English and writing to sophomores and juniors at Shandong University, and I had a blast. One day, I was approached by one of my students with a request: a friend of his family’s was shooting a commercial for a company that sold rabbit meat. They wanted a foreigner who spoke Mandarin terribly, so that he could wildly mispronounce the words for rabbit meat (tu rou), be teased by the waiter, and then receive a plate of potatoes (tudou) instead. Naturally, I signed up instantly. So, readers, if your Google-fu is strong, you may be able to find a video of me out there acting the fool in a Chinese rabbit meat commercial.

Don’t view your manuscript as a monolith. If it isn’t working, let it change. Maybe it’s a series of short stories in disguise. Maybe it’s actually the notes for your real breakthrough book, which is about the origin of your manuscript’s villain. Maybe it was just a mile marker on your way to your next book, one which you’ll write a little tighter, a little deeper, and a little better.

What do you want kids to learn most from your novels?

If they learn that “a kid” is one of the most powerful things you can be, I’ll be satisfied.

Where do you see yourself going from here?

I’ve been warned by my boss and my wife not to quit my day job, so I think I’m firmly rooted in fifth grade for now. As an author though, I’d love to continue to entertain more kids. That means more stories, more characters, and maybe, one day, a dragon or two.

What you’re doing right now – learning more about children’s literature, whether you’re doing it in support of your child, a student, a niece or nephew, a grandchild, or your own vested interest – means the world to us as a creative community. Know that we appreciate it, and that you make it possible for us to keep telling stories. My words of wisdom? Thank you.

One lucky reader will win a free copy of Jake Burt’s new novel, The Right Hook of Devin Velma! Enter below:

The Right Hook of Devin Velma by Jake Burt will be released to the general public on October 2nd, 2018.