Galactic gals and guys rejoice! Our favorite, dysfunctional, quirky, and downright hilarious Marvel superheroes are back to defend the galaxy once more and I headed to Hollywood to get the scoop for you! On May 5th 2017, Guardians of the Galaxy Vol.2, written and directed by James Gunn, will be coming to theaters throughout the United States.  I was lucky enough to head to LA last week and see the movie at the premiere.  My recent trip included interviews with the cast, yep even Chris Pratt!! You will see those exclusive interviews live on the scoop soon. 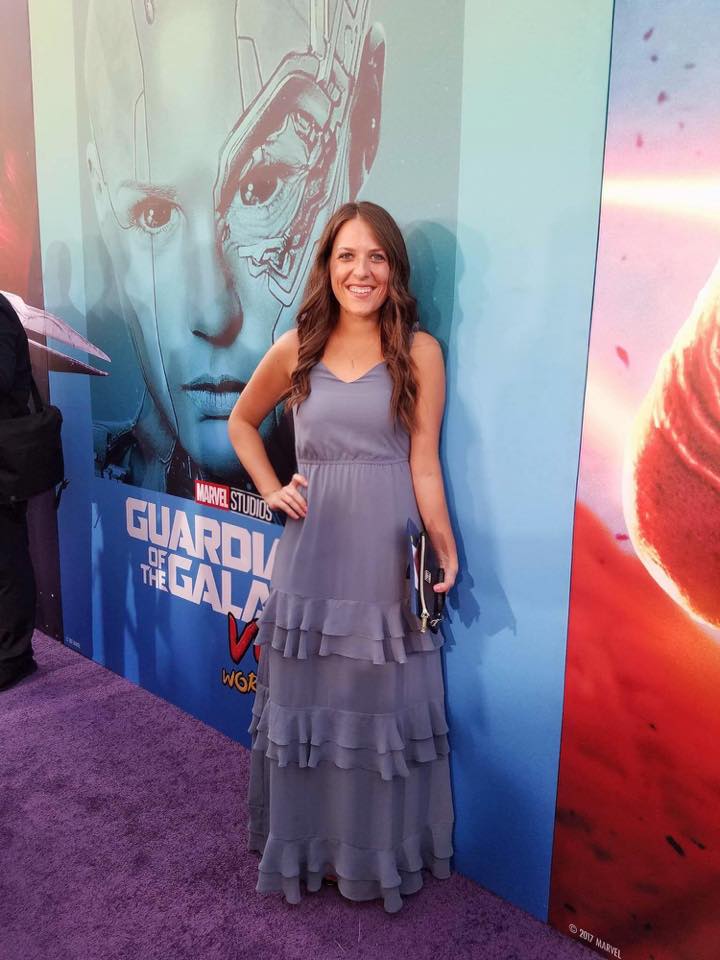 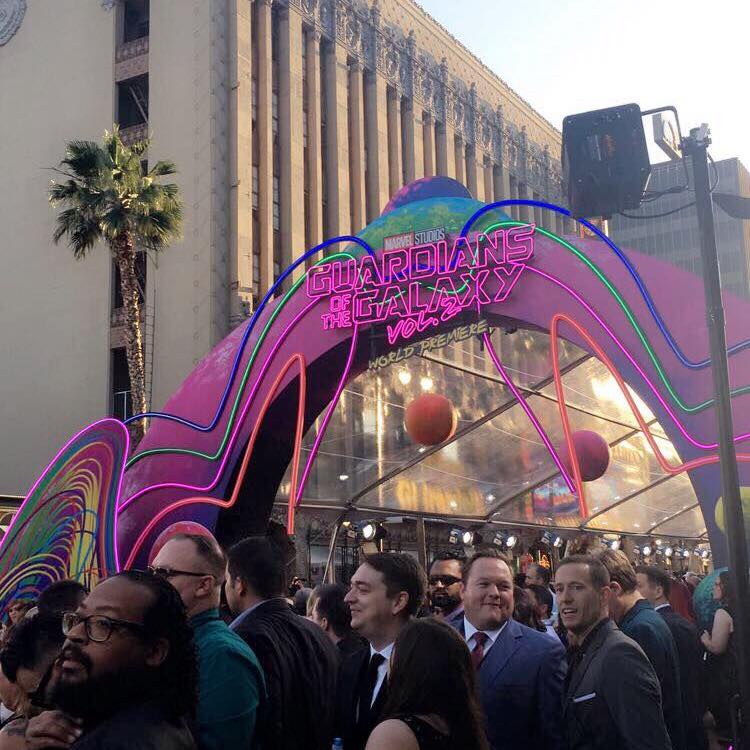 Anyways, back to the premiere.  This red carpet did not disappoint.  Everything from the people to the props it was over the top.  I had so much fun walking the purple (fun fact: my favorite color) carpet and then seeing the Guardians of the Galaxy Vol.2 with some of my favorite hollywood stars. 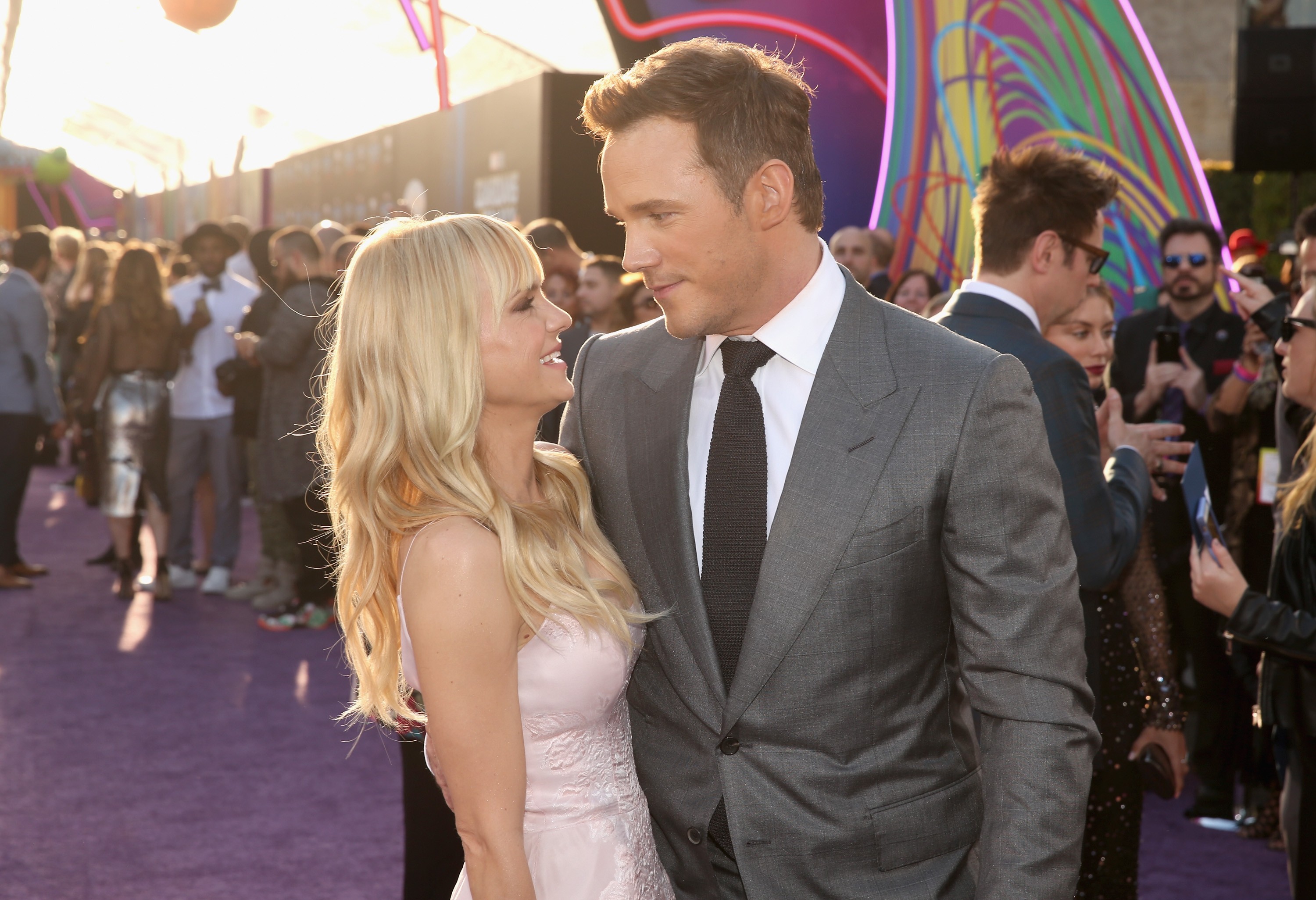 I was grabbing some popcorn and the lovely Anna Faris was doing the same thing.  She was such a sweet heart and so lovely to chat with. 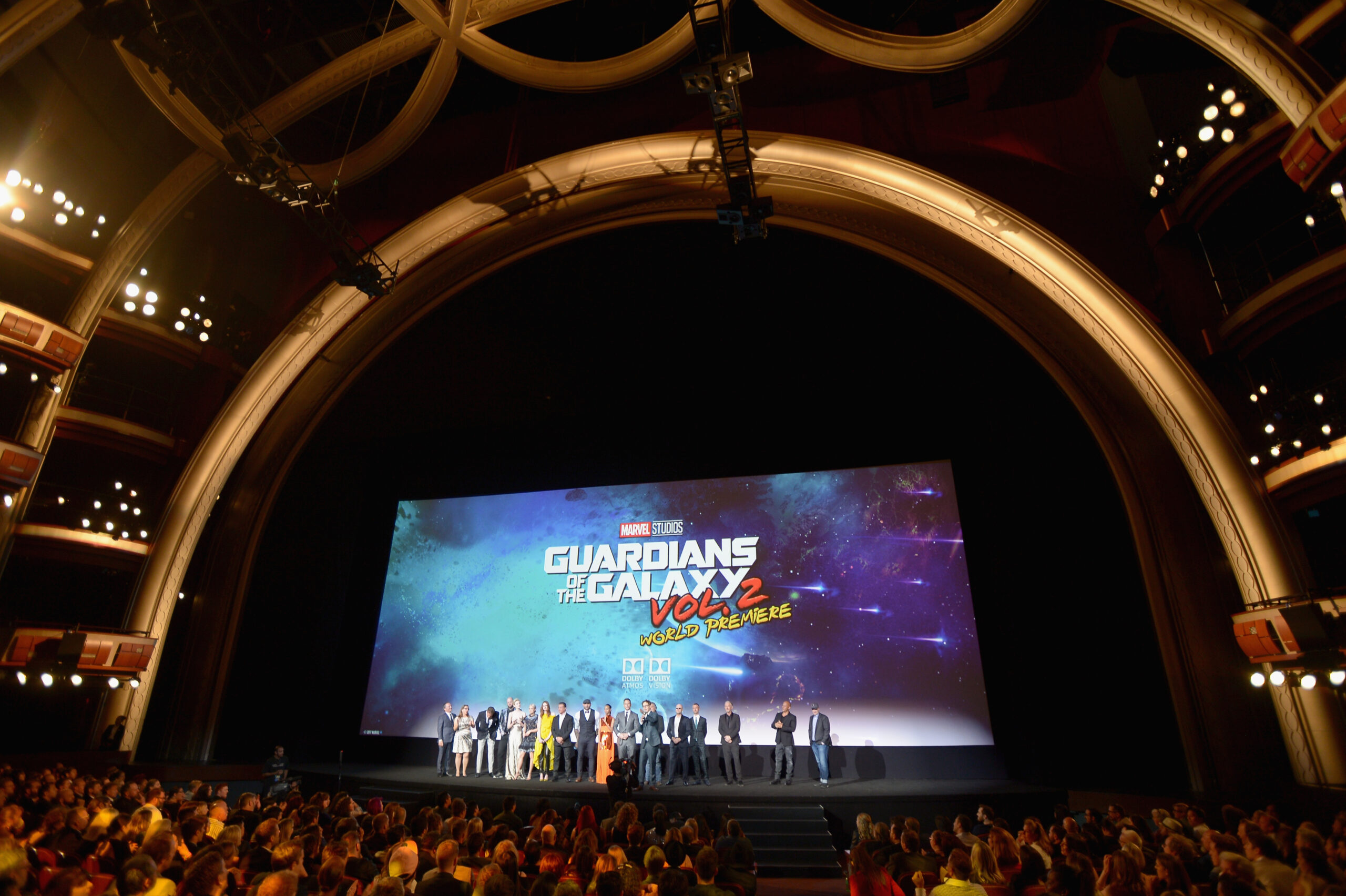 Guardians of the Galaxy Vol. 2 Review

Guardians of the Galaxy Vol. 2  was such a good movie! This film was filled to the brim with humor, space battles, and beautiful visuals (yes, again this includes Chris Pratt).  Peter Quill a.k.a. Star-Lord (Christ Pratt), Gamora (Zoe Saldana), Drax (Dave Bautista), Rocket (Bradley Cooper), and Baby Groot (Vin Diesel) are teamed up and are called to protect and fight for the galaxy again. What is it that is threatening the galaxy and calling these heroes back in to action, you ask? Well, you will just have to wait and see the film for yourself to find out.  I don’t want to ruin it for you because this movie is well worth seeing!

On top of the action, Guardians of the Galaxy Vol. 2 expands on Peter Quill’s story and history. The half-human, half-alien leader of the guardians is forced to face his past and come to terms with the truth of his parents. (There is something here that is sure to cause you to shed a tear or two).

In this pursuit, you are introduced to two new characters, Mantis (Pom Klementieff) and Ego (Kurt Russell) who join the cast to complicate matters even more for Peter Quill and the rest of the guardians.  This is an action packed film that will keep you wanting more and hey if you saw Chris Pratt on Jimmy Kimell you know a third on is on the way. 🙂

So my Marvel loving friends my take is that Guardians of the Galaxy Vol. 2 is a must see.  It will leave you mind blown by the effects, character relationship and emotional attachment you’re sure to have.  If you’re looking for a great movie that is sure to impress Guardians of the Galaxy Vol. 2 if for you! Now, let the countdown begin for Vol. 3.