Palo Azul tea is a traditional medicinal beverage made from the bark of the Palo Azul tree. It has been used by indigenous people for centuries to treat a variety of conditions, including urinary tract infections, bladder infections, and kidney stones. In recent years, Palo Azul tea has become increasingly popular as a natural diuretic and detoxifying agent.

Here is the scoop on a Palo Azul tea recipe!

Palo Azul tea is a type of green tea made from the bark of the Palo Azul tree (Eysenhardtia polystachya), which is native to Spanish missionaries in central Mexico. The bark is harvested and then either boiled in water or steeped in hot water to make an infusion.

The resulting tea, sometimes called snake water, has a blue color or sometimes is a deep red colored liquid, due to the presence of compounds called anthocyanins.

Palo Azul tea has a variety of health benefits, including weight loss, protection against oxidative stress and chronic diseases, and relief from urinary tract infections. However, Palo Azul tea also has some known side effects, so it is important to consult with a healthcare provider before drinking it.

Palo Azul tea is made from the bark of the Palo Azul tree (Eysenhardtia polystachya). The bark is harvested and then either boiled in water or steeped in hot water to make an infusion. The resulting tea has a blue color, due to the presence of compounds called anthocyanins.

Palo Azul tea is also sometimes called kidney wood. It contains a variety of other compounds, including tannins, flavonoids, and saponins. These compounds contribute to the health benefits of Palo Azul tea, but they can also cause some side effects.

This tea often comes in the form of wood chips of the bark. The plant contains phenolic compounds and a high antioxidant count. Some people add cayenne pepper to this diuretic agent, helping to make the most potent version of the entire tea volume.

Palo Azul tea has a variety of health benefits, including weight loss, protection against oxidative stress and chronic diseases, and relief from urinary tract infections.

There are many Palo Azul tea benefits that have been reported by users of this traditional South American beverage. Some of the most popular benefits include:

This tea is a known diuretic, which means it can help flush out toxins and excess water from the body. This can be helpful for those who are trying to detoxify their bodies, or who are suffering from inflammatory conditions.

Also, this tea has also been shown to have a positive effect on insulin resistance, which is a precursor to type 2 diabetes.

Palo Azul tea is also believed to be helpful for kidney health, as it can help reduce the risk of kidney stones and other problems.

The tea is also thought to be helpful for cardiovascular health, as it can help reduce the risk of heart disease and stroke.

Palo Azul tea is also believed to have anti-cancer properties. Additional Palo Azul benefits and scientific evidence can be found in the Iranian Journal of Pharmaceutical Research. The tea may impact blood glucose levels or even cause a significant reduction in high blood pressure.

It may also improve your kidney function or prevent kidney disease.

Palo Azul tea is a natural diuretic, which means it helps to flush water and salt from your body. This can lead to a reduction in body weight.

In one study, people who took a Palo Azul tea extract for four weeks lost an average of 2.9 kg (6.4 lb) more than those who didn’t take the extract. This can also help with your digestive system.

Palo Azul tea is rich in antioxidants, which are compounds that protect your cells from damage caused by free radicals. Free radicals are harmful molecules that can contribute to the development of chronic diseases, such as cancer and heart disease.

In one study, Palo Azul tea was found to reduce oxidative stress in rats by up to 50%. This suggests that Palo Azul tea may help protect against chronic diseases.

1. Add the Palo Azul bark to a large pot of boiling water.

2. Boil for 30 minutes, then remove from heat and steep for another 30 minutes.

3. Strain the tea and add honey to taste.

It should not take a very long time to make this type of tea. The natural Palo Azul tea has a very unique flavor, but you can make a stronger tea by letting it steep longer.

If you want to make a large batch of hot tea you will want to use a lot of water and even more Palo Azul wood chips. The strength of the tea depends on how much Palo Azul you use.

There are many different ways to recognize Palo Azul tea, but the best way is the blue hue.

Once your tea is done, pour it in your favorite mug! We recommend mugs in the shape of animal models.

Palo Azul tea has a variety of health benefits, but it can also cause some side effects. The most common side effect is gastrointestinal upset, such as nausea, vomiting, and diarrhea.

This herbal tea also contains compounds that can interact with certain medications, so it is important to consult with a healthcare provider before drinking it.

Palo Azul tea is safe for most people, but it is not recommended for women who are pregnant or breastfeeding. This is because the Palo Azul tree contains compounds that can stimulate the uterus, which could lead to a miscarriage. Do not offer the bark of the Palo Azul plant tea to pregnant women.

Palo Azul tea is considered safe for most people when consumed in moderate amounts. However, there are some risks and interactions to be aware of.

Also, this tea may act as a diuretic, which could lead to dehydration if not enough water is consumed while drinking it. It’s important to stay hydrated when drinking Palo Azul tea, especially if you’re sweating a lot or have been exercising.

Palo Azul tea may also interact with medications that affect blood sugar levels, such as insulin or diabetes medication. If you take any of these medications, talk to your doctor before drinking Palo Azul tea.

This herbal diuretic tea may also impact the results of a urine drug test, so be aware.

Drinking large amounts of Palo Azul tea may also cause gastrointestinal distress, such as nausea or vomiting. If you experience any of these symptoms, stop drinking the tea and see a doctor if necessary.

If you’re interested in trying Palo Azul tea, there are a few things to keep in mind. First, it’s important to remember that the tea can have a strong flavor, so it’s best to start with a milder version and work your way up. If you want to know the answer to “What does Palo Azul taste like?” you can make your own tea!

Second, Palo Azul tea is best enjoyed cold or iced, so consider adding some ice cubes to your cup. This can help give it a more mild flavor.

Finally, keep in mind that Palo Azul tea is a diuretic, so be sure to drink plenty of water throughout the day to stay hydrated.

An extra tip is that you can easily find tea bags for Palo Azul tea online! The primary use of Palo Azul tea in modern medicine is for it to act in the form of herbal remedies.

With so many detoxifying benefits, this tea is a great option in addition to traditional medicine. Whether you have kidney problems, urinary infections, or cardiovascular disease, you may want to talk to your doctor about the blue stick medical herb tea.

If you have an interest in this detox tea to bring on a healthy lifestyle, the best option is to ask your doctor first. Especially if you are a heavy smoker or use recreational drugs.

At the end of the day, there are lots of great medicinal properties in this Palo Azul tea recipe! 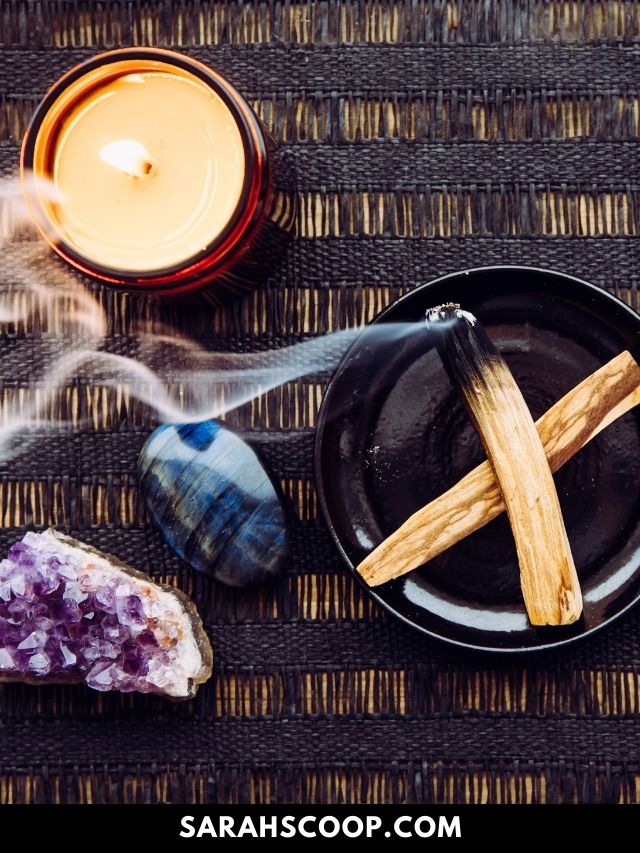 How to Make Palo Azul Tea Recipe
View all stories

For more great scoop, check out these articles below: