After teasing the film during the Olympics, Illumination Entertainment released the trailer for The Grinch earlier this week. The Grinch, voiced by Benedict Cumberbatch, wakes up on the wrong side of the bed to Pharrell’s Happy. He gets his day started with the help of his dog, Max, and wanders into Who-ville.

The Grinch definitely earns his title once he enters the supermarket. It’s clear that he’s not in the mood for dealing with the Whos or the holiday season. The trailer even features a new version of You’re a Mean One, Mr. Grinch to add to our holiday playlists! 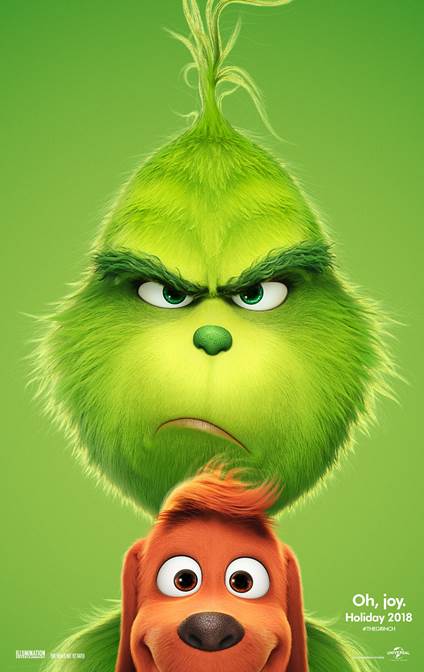 The movie takes the plot of the book and gives it a twist. The Grinch will still try to steal Christmas and happiness away from the Whos, but Cindy-Lou Who has a new mission. Her mom works really hard, and she just wants to thank Santa for giving gifts to everyone. Cindy-Lou and her friends will have to catch Santa if she wants to talk to him. Their plan is adorable and flawless. Too bad Santa might actually be The Grinch.

Dr. Seuss’s How the Grinch Stole Christmas! is a holiday staple, and this year’s The Grinch is a remake you don’t want to miss!