Inside The Britney Spears Conservatorship Chaos

Britney Spears is a name heard across the world. The singer has multiple Grammy Awards and many famous songs including “…Baby One More Time” and “Toxic.” But now she is the center of attention for a different reason.

Britney Spears is in the middle of a battle regarding her conservatorship. Thanks to an E! News exclusive, we have the scoop on how the singer’s ex-husband Kevin Federline is reacting to the situation.

Since the release of a documentary on Britney Spears’ life, the singer’s name has returned to the news. An FX documentary series The New York Times Presents released the most recent episode called “Framing Britney Spears.”

The documentary examines Britney Spears’ life as well as her 13 year conflict with her father, Jamie Spears. The father and daughter have been fighting over Britney’s wealth, career, medical care.

In September of 2019, Jamie Spears asked to be removed as the temporary conservator due to “personal health reasons.” He requested that Britney’s personal care manager Jodi Montgomery take his place.

Following this change, Britney was “strongly opposed” to having Jamie return as her conservator. Her lawyers even shared that Britney is afraid of her father.

In light of the documentary, Kevin’s family lawyer Mark Vincent Kaplan spoke with E! News sharing his insight on the situation. He shared, “Kevin has no involvement with regard to Britney and her attorneys asking to remove Jamie as conservator. He has stayed out of the conservatorship issues.”

As for Kevin’s thoughts on Jodi Montgomery’s job as Britney’s conservator, the lawyer said, “He thinks Jodi Montgomery has done an admirable job and he has no other position to state with regard to the conservatorship,”

The former couple also shares custody of their two sons. Britney has 30% custody while Kevin has 70%. Their kids are Sean who is 15 and Jayden who is 14. Kaplan shared, that the kids “are doing great and Kevin is enjoying watching them grow up and evolve.”

He further explained that he has “no idea whether the kids are aware of the documentary.”

He went on to tell E! News, “Kevin enjoys the full extent of the custody that he has. Both parties are working well in exchanging custody,”

While the conservatorship battle continues, Britney Spears fans are showing their support for the singer and waiting to see what happens next. 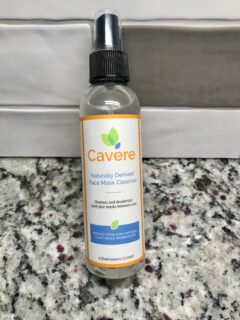 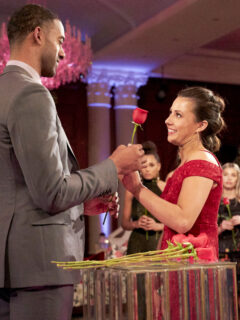 Next
The Bachelor's Katie Thurston Fights Back Against Body Shaming
Click here to cancel reply.