Calling all crime lovers, Amsterdam is the film for you! This upcoming period mystery comedy film is full of shocking twists and great jokes.

Be sure to check out Amsterdam, exclusively in theaters on October 7!

Here is the scoop on Amsterdam!

Christian Bale portrays Burt Berendsen in Amsterdam. His other works include The Dark Knight, American Psycho, and Thor: Love and Thunder.

Margot Robbie plays the role of Valerie Voze. Fans will recognize her from Suicide Squad, The Wolf of Wall Street, and Once Upon a Time in Hollywood.

John David Washington is Harold Woodsman. He is known for his work in Tenet, BlaKkKlansman, and Monster.

Robert De Niro plays General Gil Dillenbeck. He is also known for his roles in The Godfather Part II, Taxi Driver, and The Deer Hunter.

Rami Malek plays Tom Voze. Fans will recognize him from his work in the Night at the Museum trilogy, Bohemian Rhapsody, and Mr. Robot.

Mike Myers plays the role of Paul Canterbury. Fans will know him from his work on SNL, as well as his work on the Shrek and the Austin Powers movies.

Michael Shannon portrays Henry Norcross. Shannon is most known for his roles in Knives Out, The Shape of Water, and Boardwalk Empire.

David O. Russell is the Writer, Director, and Producer of Amsterdam.

Director David O. Russell discusses how he and Christian Bale came up with the idea for Amsterdam. Russell says, “Christian and I were very interested in creating original characters that we would want to hang out with. That he would love to play, and I’d love to be around, and other characters that we’d want to be with who are original.”

Russell continues, “And that’s where it began. So we started with a doctor, and we started to learn from history the unusual circumstances of this doctor and his two best friends. Which, we wanted to have three best friends who were fixers, who could handle any situation, who went through something together.”

He adds, “Something epic, something that would be fun to follow, and inspiring to follow, and also shine a light on some history that we had a hold of that many people don’t know, we didn’t know, as we discovered it. And we met in a diner over the course of five years. Margot joined in maybe three or four of those years, and other people joined in over those years as part of the conversation.”

Christian Bale chimes in adding, “A lot of eggs, a lot of coffee” and Russell concludes, “It’s nice to be able to go talk to a friend or colleague or collaborator to grow it together.”

Margot Robbie discusses her time preparing to play Valerie Voze. She says, “I really had a long time to prep Valerie. Maybe a little too long, to be honest.” Robbie describes Valerie as, “Cooky and artistic.”

Margot continues, “Well, I fell in love with her. She just really marches to the beat of her own drum, and her friendship pact that she makes with Harold and Burt, it’s everything to her.”

Robbie reveals, “I think for all of us and all of our characters, not to speak for everyone else, but I think you do end up infusing parts of yourself in there, and I think that comes across in a very like, authentic way on camera.”

“Threshold guardian” Mike Myers chimes in. Shannon clarifies, “You have these three characters on this incredible journey that they’re on, and then they meet us, and we help them get even further along.”

The character Valerie Voze is artistic and very unique, so it is no surprise that she is based on real people.

Russell reveals that Valerie is “Based on the art of Meret Oppenheim, Hannah Hoch, even Georgia O’Keeffe, who broke all new ground. And she made it in her house.”

Margot Robbie describes her process of connecting to Valerie, saying, “I started making a lot of art. Valerie art at home in lockdown, and it was getting very weird.”

She continues, “I think at one point, my husband walked in, and I had bits of metal and fake blood, and I had my Super 8 out, and I had a mask on, and I had all this crazy stuff like x-rays, and he was like, ‘I think you’re taking this character too far. You need to calm down.’  And I was like, ‘Okay.'”

The Journey of Inspiration

He adds, “All of my movies in some way have been about this. Whether it’s The Fighter, or Silver Linings, or American Hustle, or Joy, they’re about outsiders who find their way, and find reasons to love life in spite of whatever it is they’re facing. And that’s what the notion of Amsterdam is.”

Robert De Niro reveals how some of the best moments from Amsterdam came to be. He shares that David O. Russell is, “Writing as he’s shooting. He stands behind the camera operator with the Steadicam, or the handheld, and tells him where to go and tells the actors sometimes what to say.”

De Niro adds, “And sometimes the best dialogue and delivery of dialogue can come out of those moments because they’re so spontaneous, you have no time to think about them.”

The Friends You Make Along the Way

At its heart, Amsterdam is about friendship. John David Washington talks about his experience playing a character with such close friends.

He shares, “Just from the performance perspective, I’ve been talking about this a lot today, the bedrock of this set was one of humility and optimism. So it was an easy way in, when we’re starting there with love and respect for one another. There were no egos that I felt on the set.”

Washington adds, “That made it easier to let your guard down, to be vulnerable, to try anything, fall on your face.  Because you know your cast members will pick you up.”

He also shares a sweet story about Christian Bale. Washington explains, “Christian Bale was a great leader in that way. The second day on set, he comes into my little quarters and says, ‘Welcome. All right, you made it through your first day. It’s going to get better from here.'”

Washington concludes, “That’s important. That was great. He didn’t have to do that. He could’ve gone straight to his trailer.”

Christian Bale then shares his admiration for David O. Russell. He reveals, “Like any great filmmaker, David is very unique. He’s very special. He has his own perspective.”

Bale adds, “I was just really grateful that David invited me along for the whole journey.  From sitting in diners writing on napkins and being, kind of, gobsmacked by actual events in history that we’d never heard of, listening to music, watching documentaries, reading books, inventing these characters. It was a joy from beginning to end.”

What Audiences Will Love

In addition to the wonderful comedy and mystery, Amsterdam has a great deal of heart. Rami Malek shares that this film will resonate with audiences.

He says, “When you have something as simple as weighing love versus hate and to have that resound throughout your film when you can deliver that as this great comedic thriller and deliver us this amazing, shocking, untold history but all the while have these themes that just resonate to all of us.”

Malek describes Amsterdam as, “A film that will have audiences feeling that as they walk out is something that will be a sacred thing for me long after this premieres.”

He adds, “It’s going to stand the test of time.”

So, if you are a fan of period pieces, mysteries, or comedies, be sure to check out Amsterdam, exclusively in theaters on October 7! 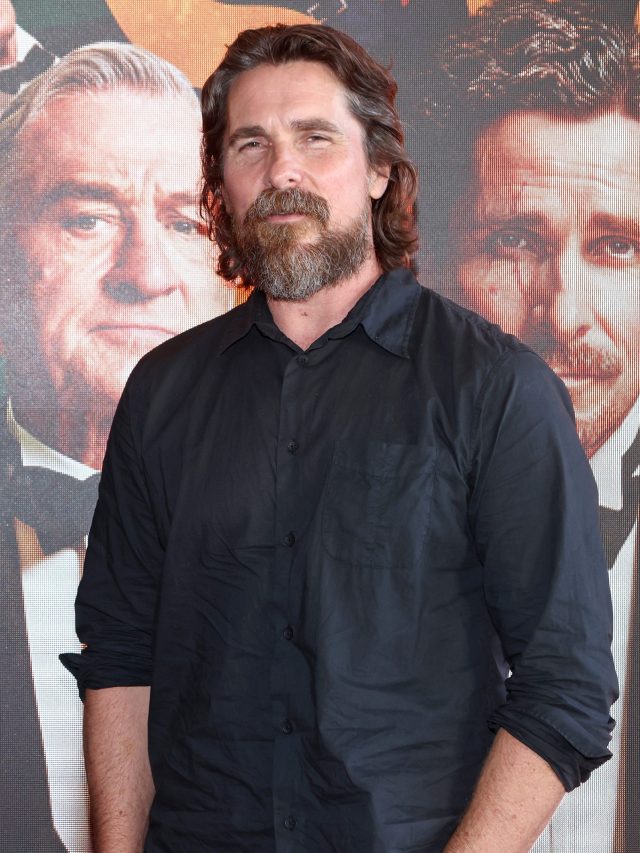 Interview: The Cast and Crew of Amsterdam
View all stories