Calling all Cars fans, Disney/Pixar has good news for you! Cars on the Road is an upcoming animated series starring your favorite cars, Lightning McQueen and Mater as they head out on a road trip to visit Mater’s sister!

Do not miss Cars on the Road, streaming exclusively on Disney+ starting September 8, also known as Disney+ Day!

Here is the scoop on Cars on the Road!

The Cast and Crew

Larry the Cable Guy is the voice of Mater. Fans will remember him from the previous Cars films.

Marc Sondheimer is the producer of Cars on the Road.

Steve Purcell is the director for Cars on the Road episodes 1, 2, and 8.

Bobby Podesta is the director for Cars on the Road episodes 5, 6, and 9.

Disney and Pixar fans are no strangers to the Cars films. These classic movies and their iconic characters are beloved across the world, and it is no wonder why.

Larry the Cable Guy reflects on the impact the Cars franchise has made, saying “This is the coolest thing I’ve ever done in my entire life, and just coming back and doing the voice has just been fantastic.”

He continues, “When you go out and parents go to their kids, hey, you know who that is?  That’s Mater. And they’ll come up, and they’ll look at me, and I’ll do the like voice like woo-hoo, my name’s Mater like to-mater. Just the smiles on their face. It really is just one of the greatest franchises.”

Larry also comments on how the children who enjoyed the original Cars movies have grown, so this series will introduce a new group of kids to beloved characters. He says, “This new generation, they got another brand new thing.”

Producer Marc Sondheimer talks about the advantages of making Cars on the Road a series for Disney+. Marc reveals, “To be able to tell a story or tell a bunch of different stories and put these characters in unique situations, the form factor works perfectly for these characters and for this franchise.”

Marc adds also mentions that having, “A partner like Disney+ that supports us all along the way to do different things with these characters and try different ideas out is a perfect match ‘cause, in some cases, right now the world is moving towards watching a lot of streaming series and episodic series, and it gave us an opportunity to tell stories that are kinda loosely stitched together.”

Sondheimer explains that since Cars on the Road is a series with individual episodes, “All have a kind of overall message and overall theme and put these characters in fun, different, unique situations.”

In this animated series, Lightning McQueen and Mater are leaving Radiator Springs and hitting the road! Director Steve Purcell talks about making a series about a road trip. He explains, “When I was a kid when I was eight years old, my family traveled from Ohio to San Francisco. We moved across the country. And that trip stuck with me.”

Steve adds, “I just remember every day was like some new adventure. Something new was unlocked or all these crazy roadside attractions that we would beg my dad to stop at along the way. So, that stuck with me.”

Purcell shares that “In creating this series and writing these stories, it felt like a great opportunity to create something that was sort of modular in that every stop along the way could be a totally new location, a totally new sensibility, and a totally new set of characters.”

He concludes, “Our touchstones are Lightning McQueen and Mater and we sort of put them through the wringer in different scenarios and see how their personalities play themselves out. And I think it’s really fun.”

Since Cars on the Road has three directors, they all had to work together to make the series connect and flow together. Director Brian Fee shares how they accomplish this. He says, “I think a lot of the cohesive might come from the fact that all three of us have been involved in this franchise from the very beginning.”

Brian explains, “We all three go back to Cars One. So, it’s in our DNA. It’s in our blood. We were all in story on Cars One. Bobby was also in animation.”

He adds, “We’re all just so heavily rooted into these characters. It’s like these characters are part of our family and we all understand them, you know, on that level.”

The Music of Cars on the Road

The adventures of Lightning McQueen and Mater are of course the main feature of the series. However, there are still lots of factors that go into storytelling, like music. Director Bobby Podesta shares, “Music has been part of the Cars world going back to the first film. It’s kind of an integral part of it.”

Bobby adds, “We kind of all worked together, and he handed off some lyrics, and then I added some lyrics.” He dubs the writing experience, “an organic process.”

Why Audiences will Love Cars on the Road

Cars on the Road is for Cars fans, new and old! Audiences will get to enjoy the vocal talents of Larry the Cable Guy and Owen Wilson as Mater and Lightning McQueen. They will also get to meet many other new characters!

Also, Larry the Cable Guy shares that this series is accessible to audiences who have never seen the Cars movies before. He says, “Absolutely, you can drop right in” adding, “You can start from the beginning if you’ve never seen it, it’s these two friends and they’re just going on this adventure.  Absolutely.”

Whether you are watching to series to watch your favorite characters go on an adventure or it is your first experience with the Cars franchise, you are sure to love Cars on the Road.

Do not miss Cars on the Road premiering on September 8 on Disney+! 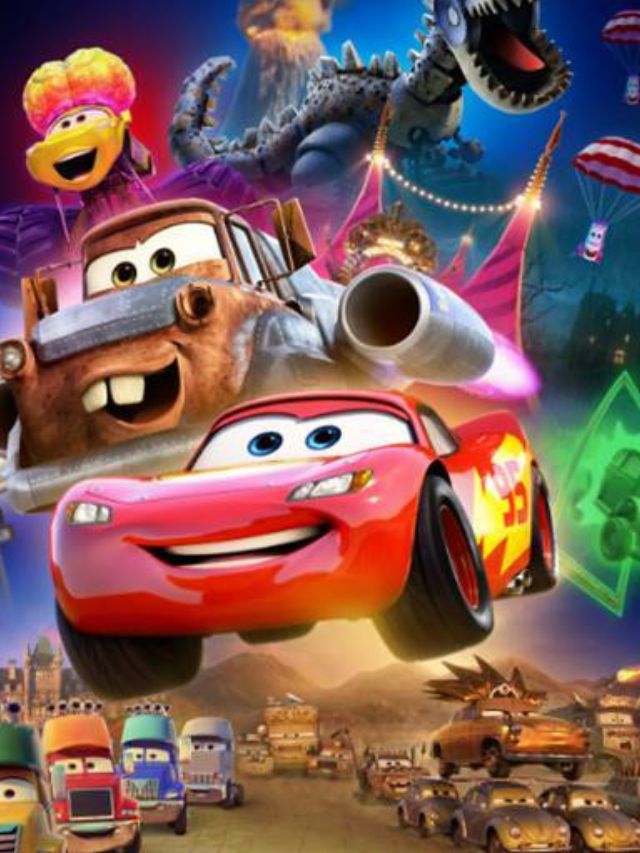 Interview: The Cast and Crew of Disney’s Cars on the Road
View all stories