Growing up is tough for a lot of people. There are so many things changing and it is easy to feel out of control. This is exactly the problem that 13-year-old Mei Lee faces in Disney/Pixar’s new film Turning Red. 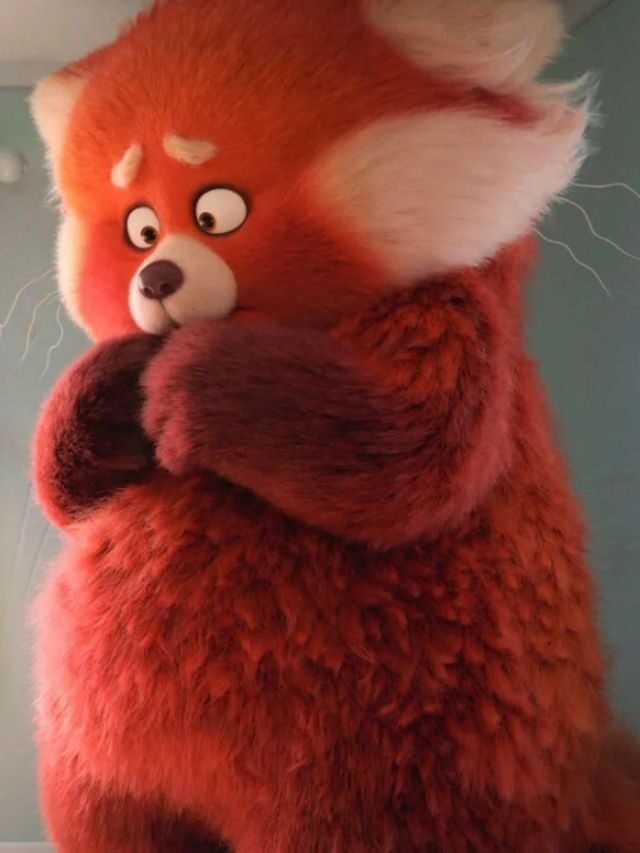 The Making of Disney Pixar’s “Turning Red”
View all stories

Whether you are currently in middle school or were a long time ago, the struggles of surviving adolescent changes are universal, so fans of all ages will be able to relate to Mei Lee.

Mei Lee is a happy young girl who enjoys her friends, school, and her family, but everything changes one day when she suddenly turns into a red panda!

Here is the scoop on Disney/Pixar’s Turning Red!

Cast and Crew of Turning Red

Domee Shi is the director of Turning Red. Shi’s other works include Disney’s short film Bao and Purl.

Lindsey Collins is the producer of the film. Collins has an extensive Pixar career that includes popular films Ratatouille, Finding Dory, Cars, Finding Nemo, Toy Story 2, and more! Collins is also the Vice President of Development at Pixar, and through this role, she pioneered the SparkShorts program.

Rona Liu is the Production Designer of Turning Red. Her other works include Weekends, Kitbull, and Bao.

Danielle Feinberg is the Visual Effects Supervisor for Turning Red. Her other Disney works include Coco and WALL·E.

Patty Kihm and Aaron Hartline are both supervising animators for Turning Red.

Director Domee Shi shares how the story of Turning Red came about. Shi says, “Back in 2017, as I was promoting my short film, Bao.”

Shi continues, “A lot of people kept asking me why is Bao a boy?  Why is this little dumpling a boy?  And I was like ‘Oh, because I only had eight minutes to tell this story, for a mother/daughter story, I’d need an entire feature film to unpack that.'”  Shi adds, “Luckily, I was soon given the opportunity to do a lot of unpacking when Pixar asked me to pitch some ideas for a feature film.”

Domee explains a bit more of the process for how Pixar films are created. Shi says, “When you go into development at Pixar, you are asked to pitch three ideas” adding, “You’re basically not putting all of your eggs into one basket.”

Shi also shares, “All of my ideas were coming-of-age teen girl stories because that was something I was super passionate about telling and at the time, uh, it wasn’t something that I saw a lot in media, um, and in animated films.”

Domee also reveals, “Out of all three ideas, uh, Turning Red, this one, was the most personal to me.” Shi clarifies, “It was inspired by my own relationship, uh, with my mother.”

All About Growing Up

Turning Red is about the difficulties that kids face when they start to mature and are just beginning to figure themselves out. Domee Shi reveals, “Turning Red is just inspired by this universal struggle of growing up and trying to figure out how to honor your parents but also stay true to yourself.”

Shi also explains “For Mei Lee in the movie, the red panda is that magical spark that sets off this internal conflict within herself.  Uh, ’cause up until that point, Mei thinks she has it all figured out like we all did before we woke up one day and realized all of a sudden, we’re covered in body hair, we smell funky, and our emotions are all over the place, and we’re hungry like all the time.”

Shi adds, “We want to use the red panda in this movie as an adorable metaphor for the scary, unadorable, awkward, and cringy, uh, changes we go through during this age.  And more specifically, we want to explore the nuances of Asian parent child relationships and dealing with change and all of the intergenerational conflict and how it shapes who we become.”

Domee Shi discusses the choice to have the protagonist in her film turn into a giant red panda, as a metaphor for adolescent changes. Shi shares, “We want to use the red panda in this movie as an adorable metaphor for the scary, unadorable, awkward, and cringy, uh, changes we go through during this age.”

Shi clarifies, “More specifically, we want to explore the nuances of Asian parent-child relationships and dealing with change and all of the intergenerational conflict and how it shapes who we become.”

Domee closes by stating, “Turning Red is quirky and surreal, but at its core, it is a mother/daughter finally embracing change” and adds, “even if it means saying goodbye to the relationship they once had.”

Supervising Animator Patty Kihm also shares, “We wanted Mei to exude that teen energy. We wanted her to be full of enthusiasm but also somewhat awkward, almost clumsy, to reflect her age.”

Aaron Harline, another Supervising Animator, also mentions, “We are always looking for the animal behavior that we’ll put back into our characters; the way they walk, they sit, they lay.  Any and everything that we can use for our main character, Mei, as she turns into this giant red panda.”

Domee talks about her initial plans for Turning Red. Shi says she wanted it to be “Unlike any Pixar film you’ve seen before.”

Shi explains, “This is going to be Pixar’s first contemporary teen girl protagonist and I really wanted the world to reflect her character: colorful, chunky and cute, bold and in your face just like Mei.” Also, Shi adds, “The term I used a lot to the crew was, uh, ‘Asian tween fever dream.’ We really wanted a fun, specific backdrop to tell this coming-of-age story, so we decided to set it in Toronto, Canada in the early 2000s.”

Domee reveals that they wanted the film to take place in the early 2000’s “Teen pop mania” because “We also just wanted to avoid social media, uh, topics and just kind of tell this story in a simpler time of flip phones, CDs, jelly bracelets, and Tamagotchis.”

As for Mei and her friend group, Domee modeled these characters after her own friends growing up. Shi says, “For Mei’s friends, we wanted them to reflect the diversity I saw in my friend groups at school. Uh, I was lucky to grow up surrounded by many immigrants and Asian kids like myself.”

Shi explains that they “Really want Mei and her friends to feel real and reflect, you know, like kids and friends that you had growing up, you know? Dorky, sweaty, sometimes gross, but ultimately loving and supportive of each other.”

Turning Red Producer Lindsey Collins talks about finding the voice cast for their characters. She says, “In our earliest version of this film, we found this local 12-year-old girl, um, right here in the East Bay in, um, California to record our temp voice for our lead character.”

When it came time to hire the actual voice actor to play Mei, Collins reveals, “Frankly, nobody came close. Rosalie had become the main character Mei and there was no other choice in our minds.”

Now that their man character has a voice, it is time to cast Mei’s friends.

Lindsay shares, “When it came to assembling Mei’s ride or die besties, we wanted to stay true to the script and find a group of actors that felt as unique as their character designs. “

Collins explains, “Domee and Julia, our writer, had worked hard to make each of Mei’s friends feel distinct and to have their own personality, so that you felt like they all brought something special to the friendship.”

Collins shares their casting choice for Ava to play Miriam. “We felt like she was the coolest best friend and she also had like this amazing singing voice and we knew she was gonna have to do some singing in the movie, so it was like a bonus.”

Lindsey also shares, “Then you’ve got Hyein [who] is basically a thousand percent Abby. Um, she is like the friend you want next to you in any situation.” She concludes, “And then there’s Maitreyi,” adding, “She was just able to capture this super chill goth girl vibe, um, and was so funny in her intentional monotone performance.”

All About the Details

Production Designer Rona Liu shares details about the designs for Turning Red. Liu says, “Our story centers around Mei’s home, which is the temple.”

Rona adds, “We were inspired by the grassroots, North American family temples where people come to honor their ancestors. These temples also served to bring communities together. And our temple is exactly that.”

Elaborating on the temple design, Liu says, “The statues, the altar, the signs, and even the rooftop detail. Everything is panda-inspired. We wanted our characters to be iconic and memorable, so we assigned our characters with own-their own distinctive colors.”

Details like this are also seen in the character designs. Liu explains the thought process behind designing Ming, Mei’s mother. “Ming’s emerald green always stands out from the red of the temple.”

Liu adds, “And when you first meet Mei, she’s Ming’s mini-me, so we designed her room to be all green which matches Ming’s color palette. This way, hopefully, subconsciously, it feels like Mei is growing up in a world that Ming has created for her.”

Visual Effects Supervisor Danielle Feinberg shares, “It was such a thrill to help make it possible for each of these teams to create such a unique and new look for a Pixar film.”

What Audiences Need to Know

At first glance, Turning Red looks like a funny movie about a girl who suddenly turns into a red panda. While that does happen, the heart of the movie is so much more. The struggles of growing up and how friends and family relationships change are something that everyone can understand.

Domee Shi sums up the film best, “I’m just so proud of the humor, heart, and weirdness that we put into this movie.”

Be sure to watch Turning Red on Disney+ starting March 11!

For more great Disney movie scoop check out these articles: