Interview with Netflix’s Made in Mexico Star, Hanna Jaff

Hanna Jaff stars in Netflix’s new reality show Made In Mexico, which follows a group of socialites in Mexico City. The show highlights a completely different side of Mexico, from their lavish lifestyles and everyday drama. Aside from reality TV, Jaff is a dedicated humanitarian, author, and conference speaker. She spends much of her time with her non-governmental organization (NGO) – Jaff Foundation for Education which she established in 2013 as well as other amazing projects. 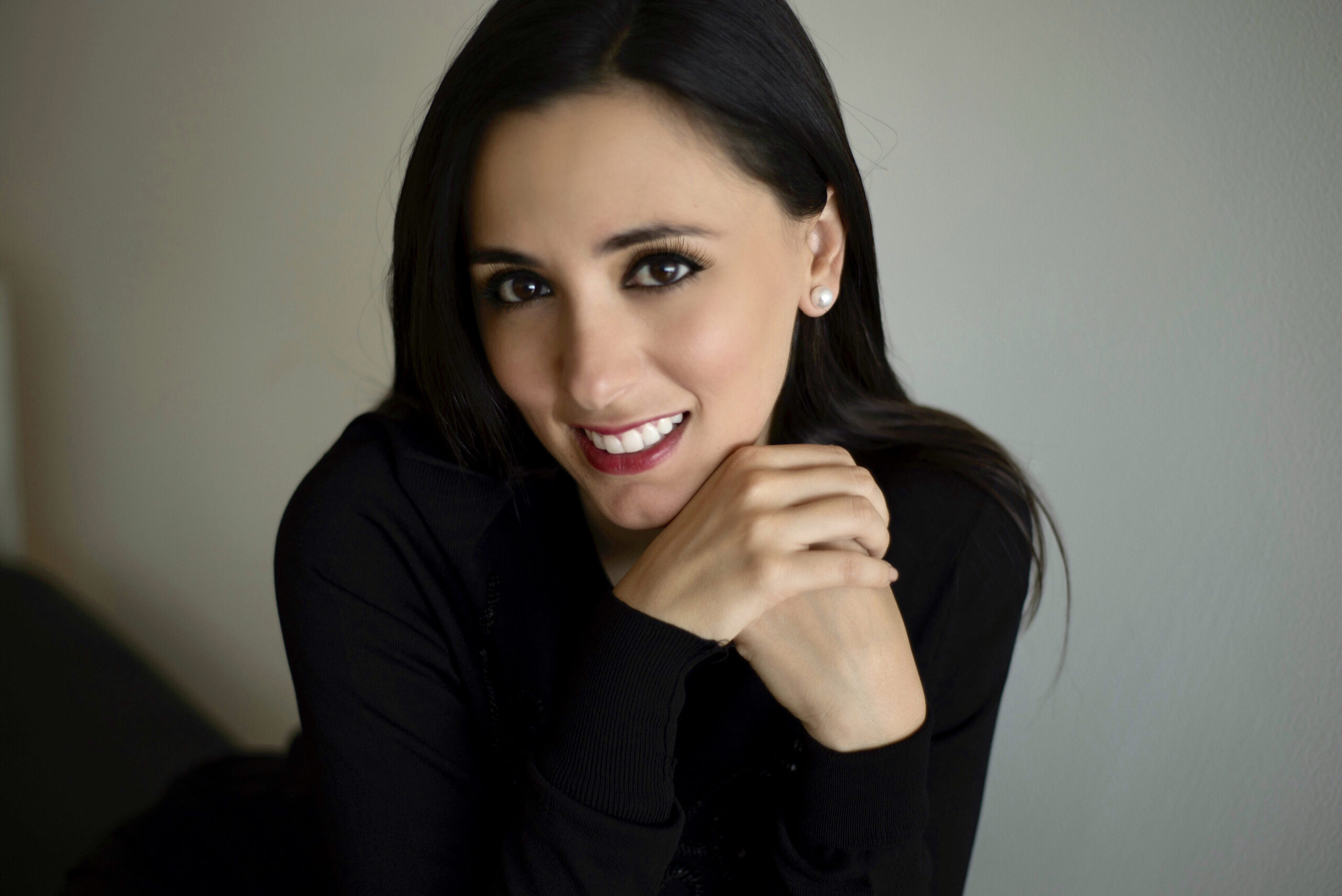 Where are you from and currently based?

What does a typical day for Hanna Jaff look like?

I wake up, I thank God for another day, and depending on my schedule, I have one conference a week. For instance, tomorrow I will be at Tecnológico de Monterrey University. I‘m going to give a speech about determination. I also go to my office every day and that’s for my NGO and meet with my staff and see the activities for that day or that week depending on the size of events we’re organizing. Many other afternoons or nights I spend with family and friends. So, that’s usually a day for Hanna! Usually involves a little bit of family or friends and definitely work every day.

The Jaff Foundation for Education.

Up until a year ago, I started a clothing line that is also part of Jaff Foundation. It’s a non-discrimination, no war, no hate, no ban, no divisions, no borders, that’s what the We Are One campaign is about. It’s about respect, it’s about union, it’s about tolerance. So, despite your religious beliefs, gender, skin color, culture, age, disability, we are one. It’s a clothing line, so it’s sort of “dress with a message” and whenever we get a sale, we donate a sale. I’ve actually been donating clothing for immigrants. My last tour was to Honduras, while there, we donated clothes, food and English books to immigrants.

Where did your love for Philanthropy come from?

My parents are big philanthropist and I sort of grew up around that. My mom always helped immigrants because she’s from a border city. She’s a Mexican Catholic and she would always take me to shelter homes to help immigrants. Being from a border city, you’re so prone and use to it that you sort of just grow up around it. While my father (being Muslim Kurdish from Morocco), was in a constant a war zone. We would always go to the Middle East to visit family and we would frequently volunteer at refugee camps. Just seeing it so close just because my family was living in a war zone, you sort of feel, hear and understand what immigrants and refugees go through. So that’s why I became a humanitarian and started my own NGO to help them.

What’s one place you haven’t been to that you’re dying to visit?

I have a bucket list and one of my bucket lists is to visit all the continents! I’m missing one, and that is Australia. I have so many friends that are from there because you know, I also live in London so a lot of Australians live in London. But, it’s just like a tiny 2-hour flight from London, and about an 18-hour flight from Mexico. It’s sort of those destinations, you go to Europe and the U.S multiple times to repeat cities, instead of repeating a city you should go somewhere else, somewhere new you know? But it’s just one of those cities and countries and continents I just haven’t been able to go and I’m dying to!

What made you decide to do a reality TV show?

Growing up in the States and living in the West and East of Coast of the States and having a large portion of my life in the Middle East and in Europe, a lot of my friends are Mexican. So, whenever I would say I’m based in Mexico or Mexican, or from a border city or living in Mexico City, people always have this stereotype about Mexico (by people I mean non-Mexicans). When I was approached by Netflix to be part of a show, that was going to show another side of Mexico, how beautiful it really is and our culture, our Holidays and how family oriented we are, our values and how we’re bilingual, intellectual, and entrepreneurs.

A lot of people always had this stereotype of Mexico and being like the native part of Mexico, like the Narcos show and all those violent shows. So obviously that’s a reality, but it’s not a generalization of the whole country. When I was approached by Netflix, I was really excited because I was like okay, it’s sort of like in-your-face to anyone who’s ever criticized or thought negatively about Mexico! So, I decided to be a part of it because of that. I wanted to improve Mexico’s reputation worldwide. I wanted people to see another side of Mexico which I think we accomplished that.

How do you deal with the drama from Made In Mexico, especially watching the playback once the show aired?

Okay so, when you see yourself on TV, you don’t realize when you’re living it what you’re really getting yourself into! For me, it was one of the most challenging things I’ve ever had to do in my life. If the show would have been with 8 of my friends, or my sisters-in-law or my childhood acquaintances I think this would have been a completely different experience for me. The fact that I was with 8 strangers made it so much harder. I have to be honest; I don’t open up to people as easily as I wish I could. When I saw myself on camera, I realized how big of an issue that was. You know, people confuse fake with being polite and I think I was misjudged and I think they were really hard on me.

If someone were to come up to me and say, “we’re going to do it over”, I wouldn’t have changed a thing because what you saw is who I am. That’s who I am and I’m not going to change, this isn’t a therapy session. I’m not going to open to someone I’ve just seen once or twice in my life. It was really hard honestly. I wish I would of have at least one acquaintance on there or at least one friend because a lot of them knew each other from before, a lot of them were even family. If I would have had my sister-in-law on the show, this would have been a completely different show!

Also, we recorded 600 hours of show and the series only lasted 7 hours. I thought also this was a very one-sided version. A lot of my side didn’t come out and I am a bit upset about that. I was just like, well that’s not really how it happened. It was a lot of editing, obviously, I knew what I was getting myself into so I can’t kick and scream or complain. I just sort of see the glass half full and see everything positively and the learning experience I got out of it. 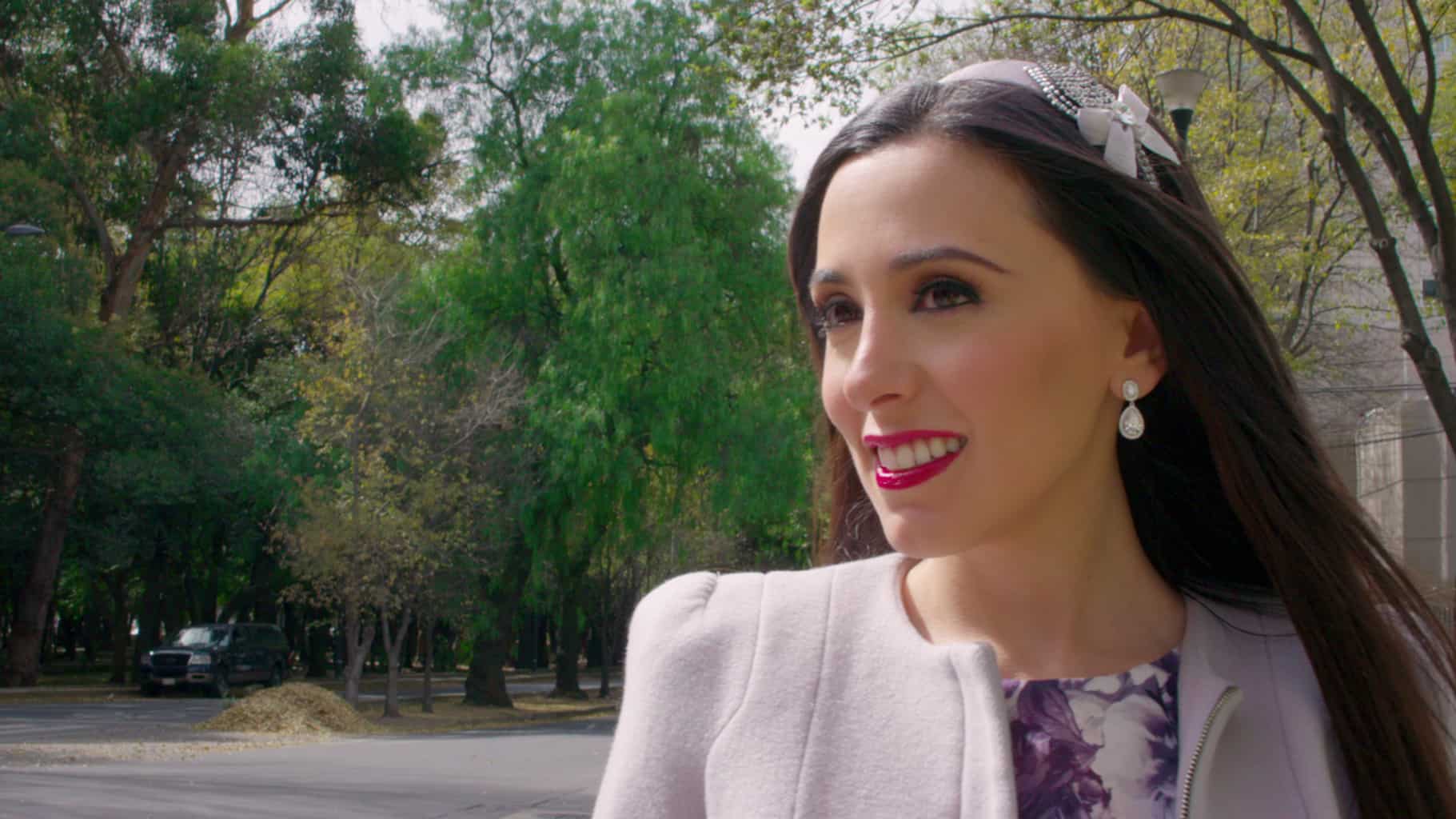 Any talk about Season 2?

We don’t know yet, actually. Supposedly they were going to tell us before Thanksgiving, and Thanksgiving was last Thursday. So, I don’t know, I’ve never been on TV, to be honest, so I don’t really know how this works. This is my first experience in entertainment so I don’t know what the deadline is. If there is a season 2, I would like to know ASAP, just because I need to make room in my schedule, It takes a lot of time to film a season. From when they approached me to when it aired it, it was a year and a half. You can see we talk about the earthquake and that was more than a year ago. So yeah, it’s really hard to know right now, I hope I can give you an answer in the next couple of weeks before the end of the year.

Do you have any exciting projects/trips coming up?

Yes! I’m spending Christmas in San Diego and Tijuana, I’m going skiing in the Swiss Alps for the New Year. I go there every year for New Years; we go skiing there. After New Year’s, I’ll be in London in January for a few projects.

I actually help refugees in London, we westernize them. I help refugees that have just arrived in the UK that have never lived in a European country. Anything from using something as simple as the subway, getting a job, adjusting to the English mentality, learning to speak English, getting around and telling them where everything is. We just pretty much help them settle. That’s one of my activities, that’s my work in London, that’s what I do in London, actually! Whenever I’m in London, I do that and whenever I’m in Mexico City, I’m doing my Jaff Foundation activities. I always have conferences, I was actually just in the UN speaker last week, which was one of my bucket lists! I always try to have conferences at least twice or three times a month.

Is there anything you’ve recently added to your bucket list?

Make sure to binge watch Made in Mexico now streaming on Netflix!

Get to know Hanna and more about her foundation at her website!