The new Solo: A Star Wars Story trailer is here–plus a new poster!

It’s been a couple of months since the Super Bowl trailer, and it feels great to finally get a new one to get excited about. Like Rogue One, Solo: A Star Wars Story takes us all the way back to the start. This time, we get to learn about Hans Solo (Alden Ehrenreich) in his early days before he was the leader of the Rebel Alliance.

The trailer begins with a voiceover from Qi’ra (Emilia Clarke). She knows Hans is up to something and wonders what he’s after. We see Hans taking a confident stance wherever he goes, including a room full of gambling aliens and Lando Calrissian (Donald Glover). More familiar figures appear when Chewbacca and Hans finally meet and the two of them check out the Millenium Falcon.

Then the trailer really gets down to business! 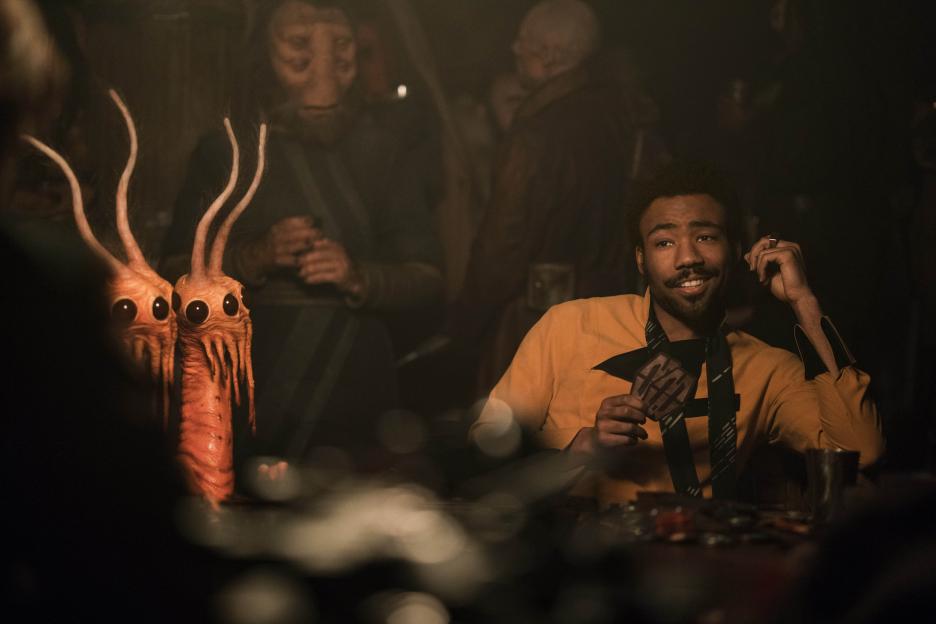 We get another look at Beckett (Woody Harrelson), who is a mentor of sorts to the young pilot. Of course, no Star Wars film would be complete without a villain. Beckett describes Dryden Vos (Paul Bettany) as a “big shot gangster” to Hans, and it’s clear that Vos has some shady plans for Hans to thwart. The trailer shows Beckett building a crew with Hans, Chewy, and Val (Thandie Newton). Because they need a ship, Qi’ra hooks them up with underworld smuggler Lando. He and his droid L3-37 know how to get Hans what he needs. From there all of the action ensues!

Whether you’re a die-hard Star Wars fan, or just getting into the fandom, it’s clear Solo: A Star Wars Story is the prequel you can’t miss!

Check out Solo: A Star Wars Story in theaters May 25!

Check out the new poster! 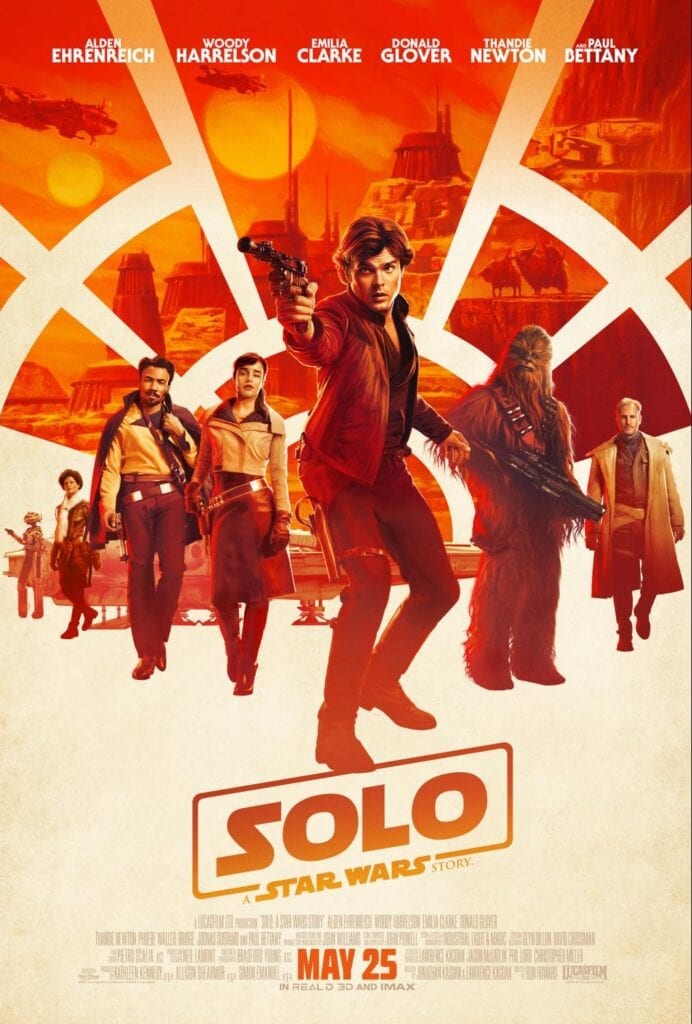 Also, get the scoop on STAR WARS by reading more Sarah Scoop posts!