Just A Few Books That Changed My Life

Back in college, a somewhat annoying student once told everyone in my Poetry 101 class that he’s never had a book change his life. Not only did he say that, but he also acted as though he thought the idea of a book being that powerful as being completely Ludacris. That’s when my straight-forward, no time for nonsense, incredibly passionate professor told this student otherwise.

My professor said something that day that has stuck with me to this day: Books should change your life. (He also went on a rant about how he thinks it’s sad that a grown college student hadn’t had a book change his life yet, but that’s beside the point.) I’ve spent the past few years contemplating on if this is all actually true. Has a book changed my life? Should a book change my life? Are books really that important? To put it plainly: yes, to all three questions. Not only that, but multiple books have changed my life, not just one.

As for the idea of what “changing your life” actually means, it doesn’t have to be that dramatic. In some cases, a novel can change your path in life completely. On the flipside, a novel can simply change your mood for that day. Either way though, books are super powerful and for someone to believe they don’t influence us in any way isn’t thinking about it hard enough. If a book has the power to influence us, then the best of books surely has the power to change our lives.

With all that being said, I haven’t actually been able to come up with a true list for myself. It’s because the more I read, the more my list changes. However, there are a few novels I know have changed my life. A small sample of novels will always be on my list without any hesitation. These books have inspired me and have given me companionship and light. After reading these books, I know I’ve become a different person.

But remember, these aren’t the only ones that have done this for me as I believe that many books can be life changing. These are just a portion of ones that I know for certain are at the top of my list:

To Kill a Mockingbird

I read To Kill a Mockingbird twice in school because I switched districts. The first time I read it, I was only in the 8th grade and didn’t necessarily appreciate it for what it was. The second time I read it, I was fifteen and things were completely different. While my sophomore English teacher would assign only three chapters at a time, I couldn’t put this book down. I read it straight through. To this day, I’ve been obsessed.

I know it’s somewhat cliché to pick To Kill a Mockingbird, but it’s also not fair to not include it just because of that. It’s one of those books you will always remember. Beyond that though, it’s both thoughtful and honest. The novel was once banned for all the reasons as to why it’s great. It touches on topics such as racism and gender, as well as the unfair court system. I looked at the world differently after reading this book and I honestly believe it helped me evolve as a person. 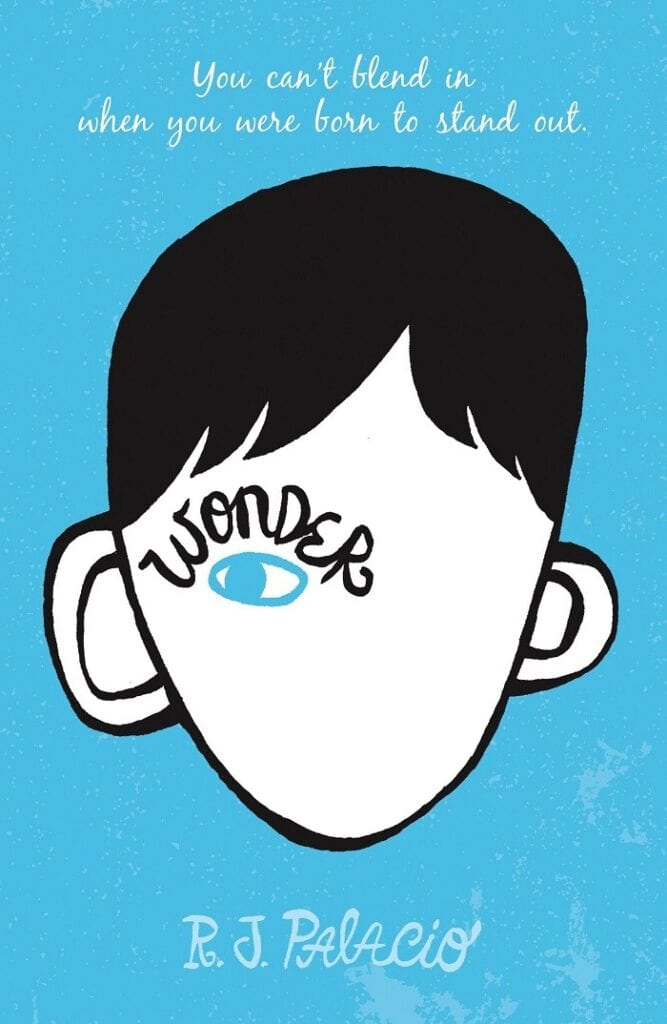 It was my senior year of college when a kid I was babysitting introduced me to Wonder. The middle-grade novel has become even more successful since then, with a movie adaption of the book having been released last year. I have probably read Wonder at least five times. It’s my go-to book. While the book revolves around kids, adults can learn from it too. It’s all about kindness, being yourself, and relationships.

I have to be honest here though. I think this might be my favorite book of all time. Take away all the buzz it has received and I will still tell you all the same. This is the book that changed my life in the most obvious of ways. Before I read Wonder, I wanted to be a screenwriter. After I read it, I knew that my passion wasn’t with screenwriting, but with writing for kids. If it hadn’t been for this beautiful, amazing book, I don’t know if I would have ever found one of my biggest passions in life. So, I have a lot to thank Wonder for.

A Handful of Time 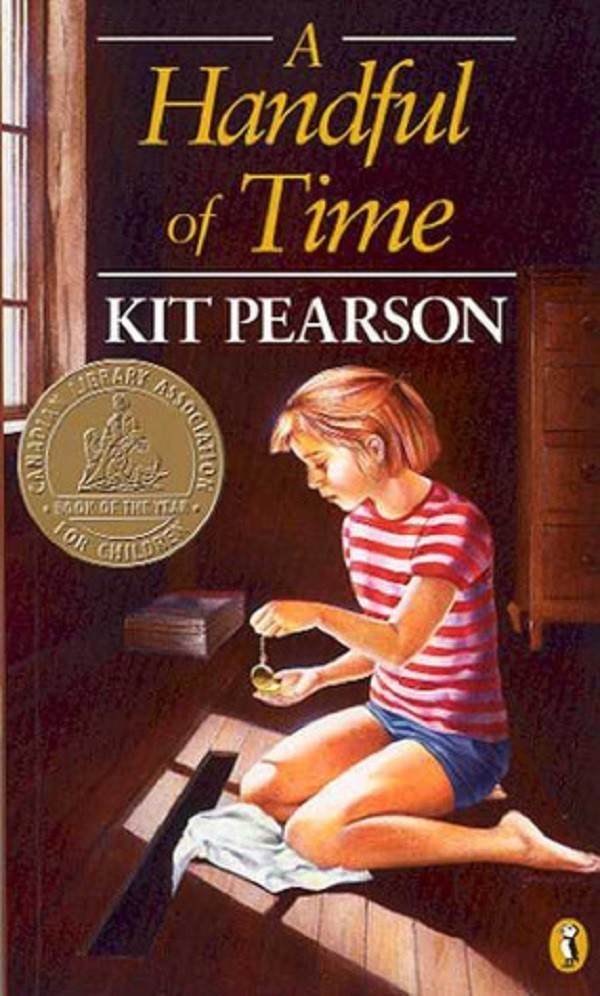 You might not have heard of A Handful of Time. My step-dad was the one who introduced me to this novel, but not necessarily on purpose. Back in the day, my step-dad would go to the book store for his own book buying habits (science fiction was his jam). While there, he would always check out some of the books on clearance and would pick out a few to buy for me.

A Handful of Time was one of those books. I think the copy he bought me cost him less than a dollar, but I read it over and over again when I was a kid. The story speaks on a subject I was struggling with: a mom and a daughter. Neither one understood each other and I was kind of going through the same thing. I sincerely believe this book helped me with my relationship with my mom and that’s no small feat. Again, it’s crazy how books can affect you in your regular life.

A Good Man is Hard to Find

This technically isn’t a book. It’s a short story by Flannery O’Connor, but I’m counting it as a book anyway. A Good Man is Hard to Find is too good to not be included on this list. Since I was somewhat forced to read this short story to death in college, I thought I would hate it by now. However, I still love it to this day.

This is by no means a happy story. I didn’t feel bright and joyful after reading it. Anyone else who has read it would agree that it’s totally twisted. That being said, that’s what makes it great. Not every novel (or story, in this case) has to be all influential and grand. This simple, intriguing, short tale is anything but that. And that’s what makes it great. It showed me that not everything has sparkles. Beyond that, it was so fascinating to the point that it showed me that not everything ends happily. It helps that Flannery O’Connor was one of the best writers that there ever was. It makes having to read her stuff in no way a chore and in all ways a privilege. 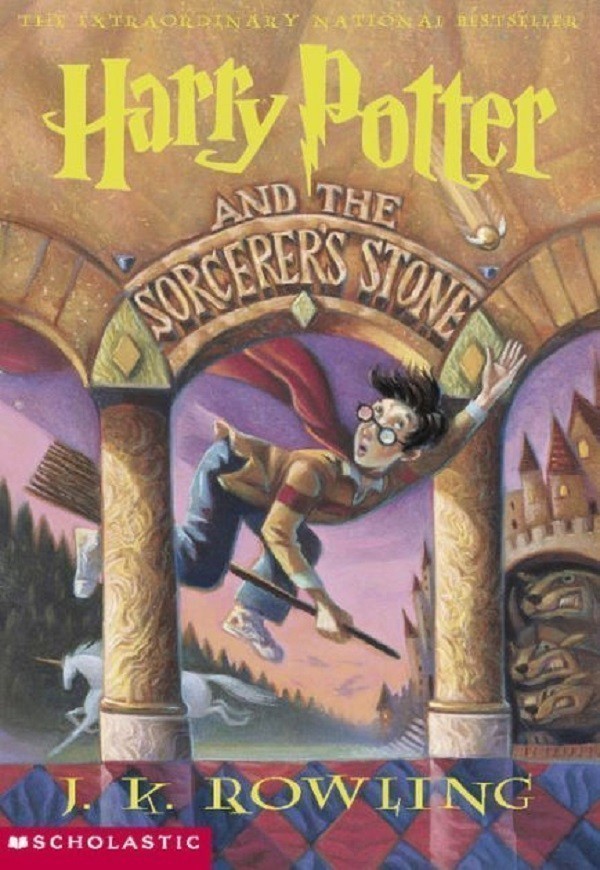 I can’t finish this list without mentioning the Harry Potter series. I know, I know. Another cliché. Every millennial who loves to read has fallen in love with Harry Potter. But, it’s for good reason. The magic (I know, sorry for the clichés again!) is what makes this book series life changing. For every person who obsessed and went to book reveals and midnight movie premieres can attest to this. This series is and always will be one of the best.

There’s too much about this series for me to touch on every aspect of it. I could go on for forever. So, I’ll just say this: Harry Potter got me through some hard times in my life. When I felt alone or sad, I turned to this series. There’s honestly no other series like it. However, many years later, I’m still in love with it. And I bet you are too which says a lot.

There you have it. A small sample of some of the books that have changed my life. By no means is this the end of the list, but it’s certainly a solid sample of books. And for anyone who thinks books can’t be so influential to the point of changing your life, they need to think again. I can 100% argue that books can do wonders for a person. Books are amazing… and amazing isn’t a word that I ever use lightly.

Previous
How To Spice Up Your Home With These Luxury Purchases
Next
5 Ways To Make Your Bedroom More Relaxing
Click here to cancel reply.