Souza plays the ex-lawyer Marina, who is the wife of Tom, one of the siblings played by Topher Grace. She discussed her character, taboo topics, and more.

Here is the scoop!

Jumping from Serious to Comedic Acting

Before getting a role in “Home Economics,” Souza was a part of another ABC show. She starred alongside Viola Davis in “How to Get Away With Murder.” Given her previous show was a dark legal thriller and not a comedy, Souza felt she had to “warm-up” her comedic muscles. She did this to adjust to a more comical setting and keep up with her co-stars from various comedic backgrounds.

“It’s crazy cause I also forgot how hard comedy is. It’s kept me on my toes” says Souza. Since she was on “How to Get Away With Murder” for so long, Souza felt relieved to try something new. She said she “shed that skin and sort of start afresh on TV with something like this.”

Despite being a comedy, “Home Economics” still has its serious moments. Depending on the tone of a scene, Souza would change from being funny to being serious on the fly.

For navigating these tough scenes, Souza praised director Dean Holland for his expertise and guidance. Holland has previously won an Emmy award for his work on the popular workplace comedy “The Office.”

Setting the tone onset, Holland knew when to shift his focus on making a scene funny or more heartfelt and impactful.

Identifying with her character

When discussing her role in “Home Economics,” Souza wants viewers to know about Marina. She described her character as “a very authentic no BS person.”

Souza sees herself in Marina, where she identifies with the maternal struggles her character goes through.

Souza also understands the sibling rivalry that occurs on the show after growing up with competitive siblings. Like Marina, Souza is a lover of wine.

“I love that she has a glass of wine while she’s in the gym. She wishes she could have a glass of wine for every diaper she changed,” says Souza about Marina’s drinking habits.

However, not everything about Marina was easy for Souza. In the initial casting phases, Marina was originally going to be Peruvian. This is due to the writer Michael Colton basing the character off of his Peruvian wife. Since Souza is Mexican and not Peruvian, she thought it was problematic that she would potentially be playing a Peruvian character.

“If you want someone to play a Peruvian, you guys need to cast a Peruvian,” Souza told the showrunners. The showrunners did not understand Souza’s concerns until “after the year that we had in Covid and there were all the protests and everything.”

Further advocating for authenticity and diversity, Souza requested Spanish-speaking women writers on the show. Souza expressed that she did not want “a man writing for my Motherhood experience.”

In “Home Economics,” Marina is married to struggling writer Tom, played by Topher Grace. Viewers may know Grace from his previous roles in “That ‘70’s Show” and “Spider-Man 3.” Souza expressed her satisfaction working with Grace, describing him as “a machine, super lovely, and very professional.”

Souza also took inspiration from Grace’s work ethic when onset. Grace would often ask for additional takes when filming to make a scene “as best as he thinks that he imagined it.” This prompted Souza to start doing the same.

“I used to film in Mexico with actual film so it was like you can’t really ask for that many takes cause it’s so expensive,” says Souza. “Now that it’s digital, it’s just still in my head and I’m like well no, we need to run it a few times until I get everything out.”

“Home Economics” tackles many topics related to finances, aging, sexuality, and ethnicity that some viewers may view as taboo. Souza felt that the show deals with “serious topics through the lens of comedy.”

Despite being a comedy, Souza and the writers intended to explore these uncomfortable topics in light of current events. Hopefully, this show will promote having these tough conversations.

“Home Economics” airs on ABC Wednesdays at 8:30 PM as a part of the nightly comedy block. Episodes are also available the next day on-demand and Hulu. 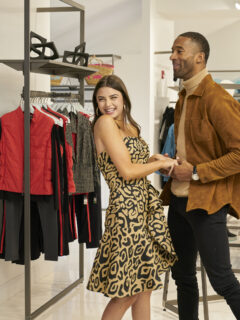 Previous
Bachelor Update: Are Matt James and Rachael Kirkconnell Back Together? 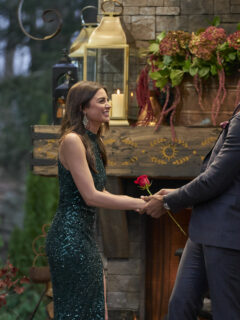