Season 7 of Bachelor in Paradise is full of drama and shocking moments. One of the most shocking moments is when Kendall Long arrives on the beach, surprising her ex-boyfriend Joe Amabile!

Now, Kendall opens up about her appearance on the beach and showing up before Joe’s proposal to Serena Pitt.

Thanks to insight from Us Weekly, here is the scoop on Kendall Long and what she thinks of her time on Bachelor in Paradise.

In a recent episode of Us Weekly’s “Here for the Right Reasons” podcast, Kendall Long shares her thoughts and experience on Bachelor in Paradise. The 30-year-old reality star and author of Just Curious shocked fans when she appeared on the beach in season 6.

Kendall tells fans that she was actually on the beach for only four days!

She reveals that, “Going back to the beach, I felt I had, like, a romanticism toward Paradise because it was such a romantic experience the first time I went. And then the second time I went, I really had hope for it to be that — not in terms of rekindling anything with my ex, because why would I do that publicly when we had a two-year relationship and there’s so much stuff we can’t talk about on TV?”

Kendall adds, “That would’ve taken more than a couple weeks in Mexico to fix.”

Kendall continues, “But I really had hopes of being able to find someone and to connect with someone, and I did. I had a little romantic thing with Ivan [Hall] and that was great. But ultimately, seeing your ex in the place where you fell in love initially — it was very difficult for me and I didn’t anticipate that at all. I didn’t think I would be as emotional. I didn’t think that it would affect me. I thought we’d be cool, [we’d be] friends.”

Kendall initially appears in Bachelor Nation as a contestant on Arie Luyendyk Jr.’s season of The Bachelor.  There she and Arie develop a relationship, but ultimately his heart goes to his now-wife, Lauren.

So then, she appears on season 5 of Bachelor in Paradise and falls in love with Joe Amabile. After being together for two years, the pair break up.

Joe returns to Paradise and is initially having difficulty being in the place where he and Kendall fell in love. After Serena Pitt comforts him, the two begin a relationship. So, Joe is understandably shocked when Kendall arrives on the beach.

After talking things out, Joe continues his relationship with Serena, and Kendall has a short romantic adventure with Ivan Hall.

Moments before Joe is planning to propose to Serena Pitt, Kendall arrives on the beach to speak with him. On the podcast, Kendall explains her side of the situation.

She says, “I was under the impression that Joe was going through a lot of mental difficulty with our relationship and me being there. And so, for me, coming back to talk to him, it would be a way to be like, ‘Hey, this chapter’s closed. It was kind of weird the way we ended it, but let’s make it not weird and let’s move on.’”

She also adds, “[I had] no idea there would ever be any sort of proposal at all. … And I even said, like, ‘If there’s gonna be a proposal, I don’t want to talk to him. I don’t want to go to the beach because that’s not my day — that’s their day.’”

After Kendall leaves, he proposes to Serena. Now Kendall says, “Finding out later that there was a proposal actually made me really upset and a bit angry. But that’s just what it ended up being. And hopefully, the situation that took place didn’t affect — it seems to not [have] affected their relationship [in] any way or their proposal in any way. Hopefully, it felt just as special, but I would’ve preferred not to be there that day.”

Now, Joe and Serena are still going strong! Do you think Kendall will return to Bachelor in Paradise? Comment below!

Make sure to join our Bachelor Facebook group to chat about all things Bachelor Nation!

For more great Bachelor Nation scoop check out these articles: 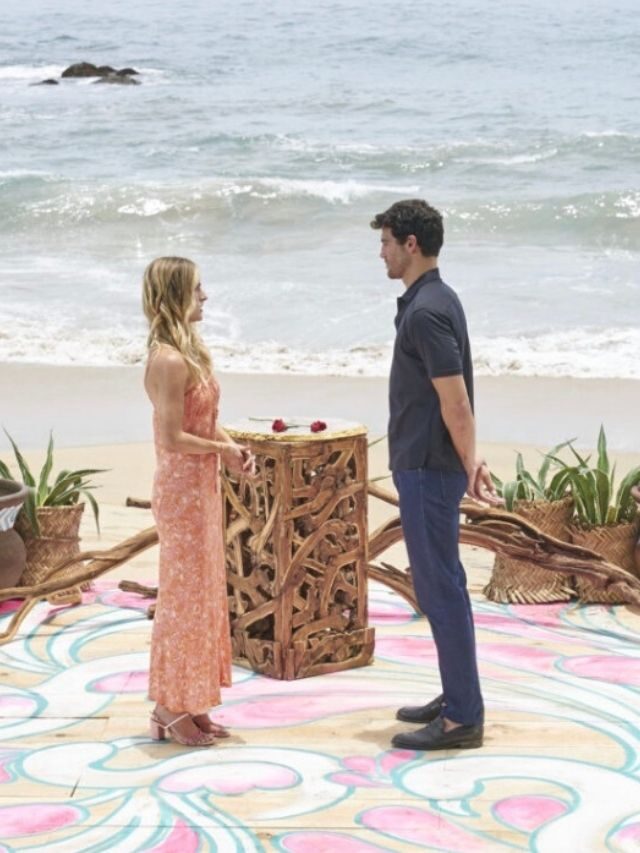