Lady and the Tramp – The Must See Movie For Dog Lovers 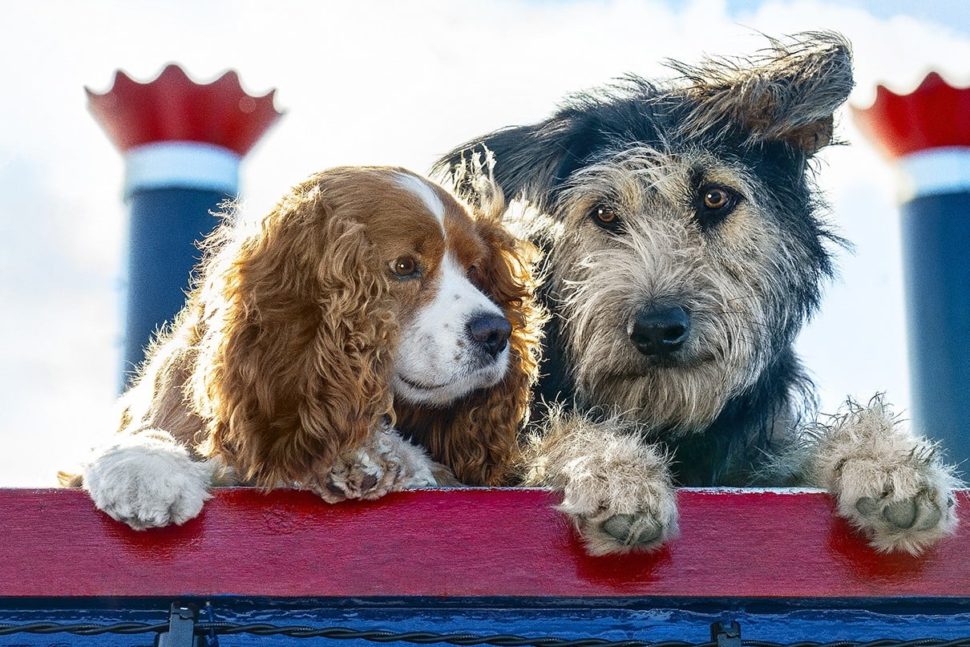 ABOUT “LADY AND THE TRAMP”

In Disney+’s “Lady and the Tramp,” life is good for Lady, an overachieving American Cocker Spaniel who resides in an upscale suburban neighborhood. Her owners, Jim Dear and Darling, spoil her daily and her neighbors, Jock, an outspoken Scottish Terrier and Trusty, a world-weary Bloodhound, are always within barking distance. But when a baby enters the picture, Lady is no longer the center of attention, and the arrival of cat-loving Aunt Sarah only complicates matters. Lady soon finds herself alone on the streets in an unwelcoming part of town. Fortunately, Tramp steps in, and the streetwise mongrel is quick to teach her the ways of the world. Before long, the prim and proper purebred and the fast-talking mutt are partaking in moonlight strolls in the park and romantic spaghetti dinners by candlelight. Tramp savors the independence of a world without leashes or fences alongside his roguish friends Peg and Bull, but Lady misses the comfort and safety of a family, and soon both must decide where – and with whom – they belong. A heartwarming romantic adventure that seamlessly combines live action and photorealistic animation, “Lady and the Tramp” stars Tessa Thompson as the voice of Lady, Justin Theroux as the voice of Tramp, Kiersey Clemons as Darling, Thomas Mann as Jim Dear, Janelle Monáe as the voice of Peg, Yvette Nicole Brown as Aunt Sarah, and Sam Elliott as the voice of Trusty. The film is directed by Charlie Bean from a screenplay by Andrew Bujalski and Kari Granlund, and is produced by Brigham Taylor. “Lady and the Tramp” is available to stream on Disney + on Nov. 12.

I got the chance to screen Lady and the Tramp and interview two of the stars, Yvette Nicole Brown & Adrian Martinez.

Yvette Nicole Brown who plays Aunt Sarah and Adrian Martinez who plays the dog-catcher, Elliot talked to us on what people should expect from this upcoming movie and being dog lovers themselves.

Yvette Nicole Brown is a true dog lover and that almost kept her from doing Lady and the Tramp. She said that it was so hard that she almost didn’t do the movie because of how big of a dog lover she is, something her character Aunt Sarah is not. Her mother convinced her to do the movie because it’s Disney and it is an iconic movie. She says, “I thought the greatest gift of this experience would be getting to be in a Disney film, which I think is everybody’s dream. The greatest gift is my fur babies.”

Yvette says the dogs were actors and her co-workers. They were very well trained. There were moments when the dogs could have down time and just be puppies and dogs. She would sometimes go to set early to play with the them and show the love.

Yvette says that every child deserves to see someone that looks like them. It will help them dream they can be a princess, a knight in shining armor, or a frog.

Filming with dogs can be challenging and fun, but when you are playing a villain that despises these lovely furry animals, that can be more on the challenging side. Yvette and Adrian both play characters where they are not so nice to Lady, Tramp, and the other dogs. So, Yvette and Adrian made time to play with the dogs and show them love and affection so they knew that they loved them. They didn’t want to scar the dogs. They wanted the dogs to know that they are cared for.

What to expect from the movie

Why should audiences come and see the remake? Yvette says, “There is enough room in our hearts to enjoy the 1955 classic and the 2019 (hopefully a classic one day) of Lady and the Tramp.” She says if you love this story and the idea, and the things of family and finding your tribe, and watching out for your friends and fighting for what’s right, those are universally things that live in both of these films. The 1955 version of Lady and the Tramp and the live-action 2019 film of Lady and the Tramp don’t cancel out each other. One isn’t better than the other. They are just two different films of a beautiful story.

The world right now needs for hope. There is a lot of fighting, divisiveness and polarization. This movie is about two different spirits coming together and finding that connection. “If you dig deep enough, you can find a connection and possibly even love. So, this movie to me has a lot more value than people realize,” Adrian says.

Watch Lady and The Tramp

You can watch Lady and the Tramp on Disney+. I highly recommend you give this movie a watch. As someone who recently adopted a dog, I felt so emotional and invested in the movie. I think all dog lovers will agree this movie will have a special place in your heart. You can learn more by connecting with Disney+ on Facebook, @DisneyPlus on twitter, and on Instagram by following @DisneyPlus.

Get the scoop on more of our Disney posts!

5 Reasons You Should Be Excited for “Nerve”
The near future of arts
Connect with art
Fashion and artists amuse us
Article Tags:
celebrities · interviews · Movies
Article Categories:
Disney · Entertainment · Movie Interviews · Movies