Love Is In The Air: Details on Aaron Rodgers and Shailene Woodley’s Engagement

We can practically hear the wedding bells already! After a whirlwind romance and long-distance relationship, actress Shailene Woodley and NFL player Aaron Rodgers are engaged!

Thanks to insight from E! News, we have the scoop on Shailene Woodley and Aaron Rodgers’ engagement!

This past weekend, the Green Bay Packers quarterback shared news of his engagement during his acceptance speech at the NFL Honors.

While Rodgers didn’t share his fiancees identity or any proposal details, E! News confirms that it is Shailene Woodley!

An insider tells E! News that the happy couple, “Can’t wait to get married and they want it to happen soon.”

The insider also shares, “They had a very intense connection from the beginning. They both knew early on that it was something special and different from what they had experienced in other relationships. It’s a quick engagement, but for those that know them, it didn’t come as a surprise.”

What’s Next For The Couple?

While the couple has had a long-distance relationship, Shailene Woodley is all in. The insider explains, “They have spent the entire fall together and lived together throughout.”

The source also shares, “She is very supportive of his career and embraced his life in Green Bay. Even though she has her own career and life, she wanted to be there with him. Over the next year, they plan to spend some time traveling and enjoying a warmer climate.”

So far, the Big Little Lies actress has not publicly commented on her engagement. Rodgers on the other hand, shared the news while accepting the NFL Honors award for Most Valuable Player.

During his speech, Rodgers says, “2020 was definitely a crazy year filled with lots of change, growth, some amazing, memorable moments. One hundred-eighty straight days of having my nose hair scraped, a plan for very little fans or no stands the entire season, I got engaged, and I played some of the best football of my career.”

He goes on to add, “I got a great group of people that support me, so I’d like to thank my team…, my fiance…. there’s so many people that I’m thankful for.”

Fans of the actress and NFL player are no doubt thrilled! We can’t wait to see what the couple does next! 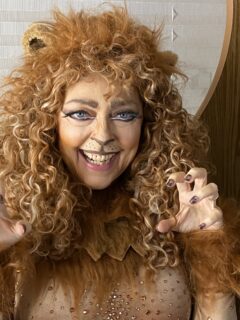 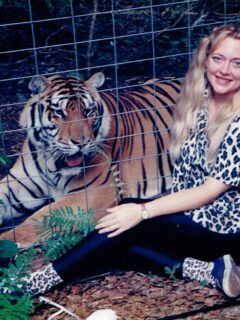 Next
Carole Baskin Shares Details on Her Life Mission To Save Cats and Kittens
Click here to cancel reply.