Well Bachelor Nation, the story of Matt James and Rachael Kirkconnell is taking a turn, yet again. While their journey together may have started on Matt’s season of The Bachelor and ended with a rose, it did not last. So with Matt and Rachel’s recent reunion in New York City, fans got their hopes up.

But will love conquer all? We are not sure.

Thanks to insight from People, here is the scoop on Matt James breaking Rachael Kirkconnell’s trust!

In case you need missed the latest Bachelor Nation update, no worries! With so much going on, we are here to keep you informed.

Last week on April 6, popular blogger Reality Steve shared that Matt and Rachael were spotted hanging out together in New York City.

His Tweet says,  “It’s been a while but here’s some news: Matt and Rachael? Yeah, they’re not over.” Further explaining this shocking reunion, Reality Steve adds, “They’re currently in New York together. FYI.”

However, a source shared with E! News that this reunion is platonic. The source says, “Rachael and Matt are completely just friends. He has no intentions of dating her in the future.”

So it seems that Matt and Rachael may be on two different pages because a source close to Rachael tells People that, James bought her a ticket to “stay with him.” Apparently Rachael was under the impression that she was traveling to see Matt and repair their relationship.

The source further establishes their closeness adding, “Matt and Rachael have FaceTimed every day since March, besides one week in between the finale and After the Final Rose when they were processing the photos scandal.”

The photos in question are of racially insensitive pictures of Rachael that created lots of controversy in Bachelor Nation. They are likely the main cause of her and Matt’s breakup.

The Truth About Matt and Rachael Kirkconnell’s Relationship

Even though the After the Final Rose special shows Matt and Rachael broken up, the source tells People that there was hope all along. They say, “He’s been telling her he loves her and has never felt this way for anyone else before. After the scandal, he said it would take time for them to work on themselves separately, but he wanted to get back together one day and still pictured a life for them together, with a family and everything.”

So Rachael agreed to meet Matt in New York thinking that, “they would work on their relationship and be consistent about things — out of the public eye, until they figured everything out.”

It also seems that Rachael was surprised when she and Matt went out to dinner because he “didn’t seem worried about being photographed.”

The source also add that Rachael was, “extremely upset” afterwards when reading headlines talking about how their relationship was simply platonic. Matt apparently “insisted that he didn’t know anything about those articles and had nothing to do with them.”

To mix things up even more, a different source who is close to Matt says, “They are not together. He supports her as a friend. He is not looking for a relationship. Matt is focused on engaging in meaningful projects in the community at this time.”

Is Matt Seeing Other Women?

This crazy story is not over! The source close to Rachael Kirkconnell says that she “heard he’d been talking to a woman named Grace two days before flying her out to N.Y.C.” The source then adds, “It was the final straw.”

So who is Grace? Grace Amerling, a professional horse rider, talked to Reality Steve and shared her story. According to Amerling, she spent time with Matt James and Tyler Cameron before the filming of The Bachelor. Matt wanted Grace to join the show, but she declined and their brief romance was over.

Then Grace says that Matt reached out to her “out of the blue” asking her to go to Miami “for the night.” Grace says that these events take place only two days before Matt and Rachael’s meeting in New York City.

Grace says, “It just didn’t sit right with me. I just felt like Rachael was so in love with him and for him to be trying to contact me and hang out with me – someone he’s had past romantic relationships with – two days prior in Miami… I felt like I had to say something for Rachael’s sake.”

After all of this drama, unfortunately Rachel feels hurt. The source says that Rachael feels that Matt has “broken her trust” and that “she doesn’t know if she’ll ever be able to trust him again.”

So Bachelor Nation, Matt and Rachael may never get back together. Sometimes couples simply do not work out, and all we can do is hope the best for everyone involved. 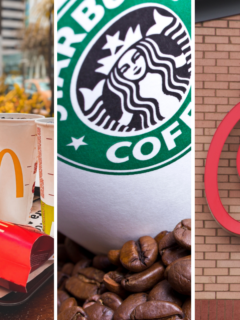 So ready to move on from these two! In other news, have you seen the Meet the women of the bachelor 2021 video? Hilarious! https://youtu.be/XZaaKAOs1Jg