At the press junket yesterday for Guardians of the Galaxy Vol. 2 I sat down with director James Gunn and president of Marvel Studios Kevin Feige where Gunn exclusively revealed that Miley Cyrus has a cameo in the film as Mainframe. 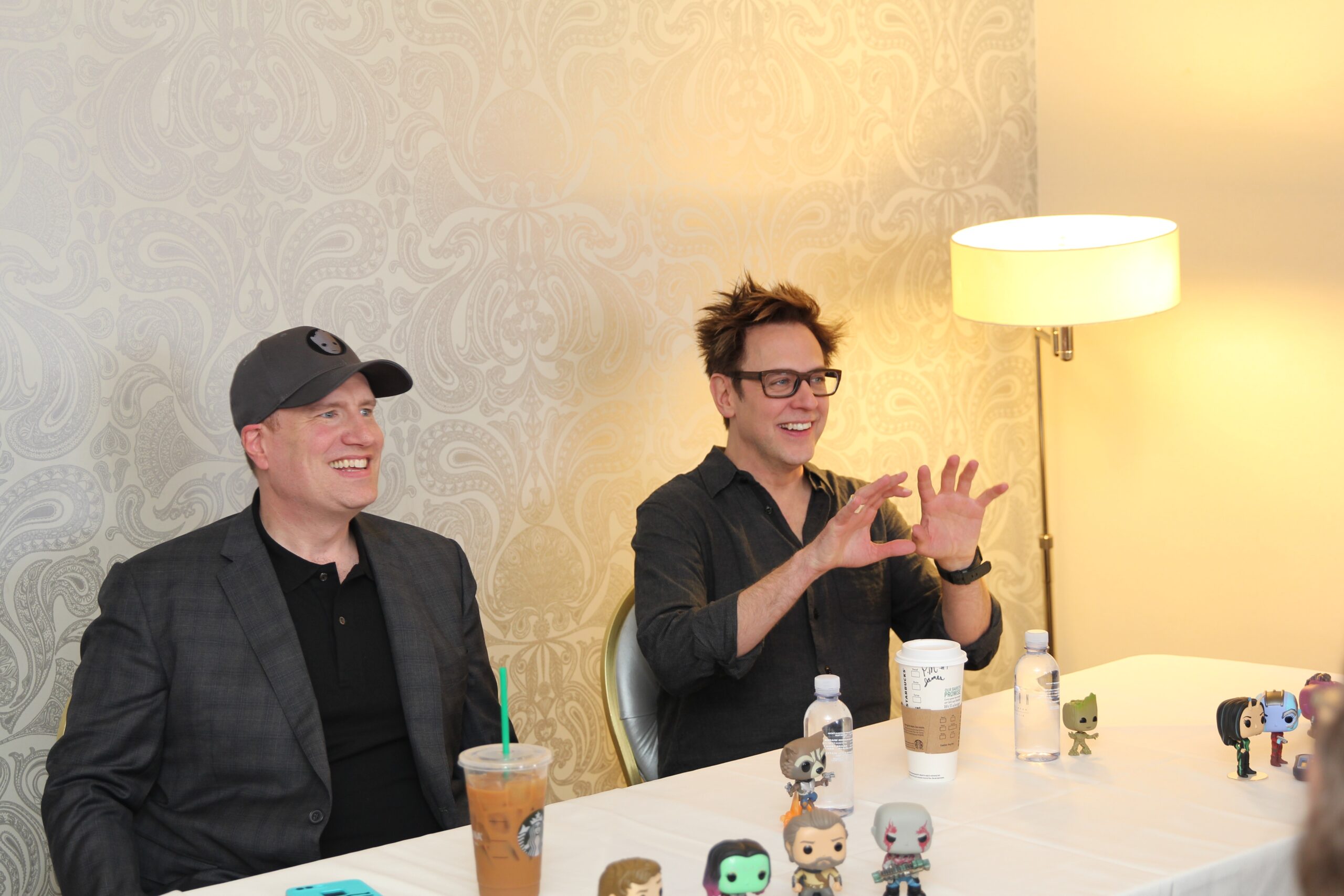 During the interview Feige playfully asked Gunn who the voice of Mainframe is to which he responded, “Miley Cyrus.”

Then he goes on to say, “that’s a real hot scoop” and now I’ve got that scoop for you directly from Gunn…

“I was watching “The Voice” and I [thought] she’s so likable and her voice is awesome, she’s got the best voice.  And then I asked Kevin, what do you think about casting Miley Cyrus as the voice of Mainframe? He was like well if you think we can get her… and I got her to do it.”

There is a scene in the movie that I won’t reveal, where you’ll catch a glimpse of Mainframe, voiced by Miley Cyrus.  For those who aren’t too familiar with the world of comic books, Mainframe is an alternate universe version of Vision who acts alongside the Guardians of the Galaxy or as James Gunn described it, “the talking metal head.”

Make sure to check back soon for more scoop and exclusive interviews from my recent Guardians of the Galaxy Vol. 2 press trip!
Click here to cancel reply.

[…] she’s received the perfect voice,” the director instructed reporter Sarah Ruhlman of Sarah Scoop. “And then I requested Kevin [Feige], what do you concentrate on casting Miley Cyrus because […]

This is not an exclusive. You were in a room full of people. If it was a one on one and Kevin didn't reveal it to anyone else, then it would be an exclusive. Just FYI.