I got to do something crazy exciting last year! I went to the set of Ant-Man and the Wasp!! I went with a group of bloggers and we had so much fun.  I have only been on one other movie set visit and it was for a Nicholas Sparks movie.  This time I got to be apart of the Marvel Universe!!!!!!! This was seriously such an incredible experience.

Sometimes I just can’t believe these things are real life!! Ahh…can’t wait to give you all the scoop on my final thoughts on the movie, something tells me I will love it! I’ll be seeing it next week at the #AntManandtheWaspEvent in California.  Make sure to follow along!

About Ant-Man and the Wasp

From the Marvel Cinematic Universe comes a new chapter featuring heroes with the astonishing ability to shrink: “Ant-Man and The Wasp.” In the aftermath of “Captain America: Civil War,” Scott Lang (Rudd) grapples with the consequences of his choices as both a Super Hero and a father. As he struggles to rebalance his home life with his responsibilities as Ant-Man, he’s confronted by Hope van Dyne (Lilly) and Dr. Hank Pym (Douglas) with an urgent new mission. Scott must once again put on the suit and learn to fight alongside The Wasp as the team works together to uncover secrets from their past. 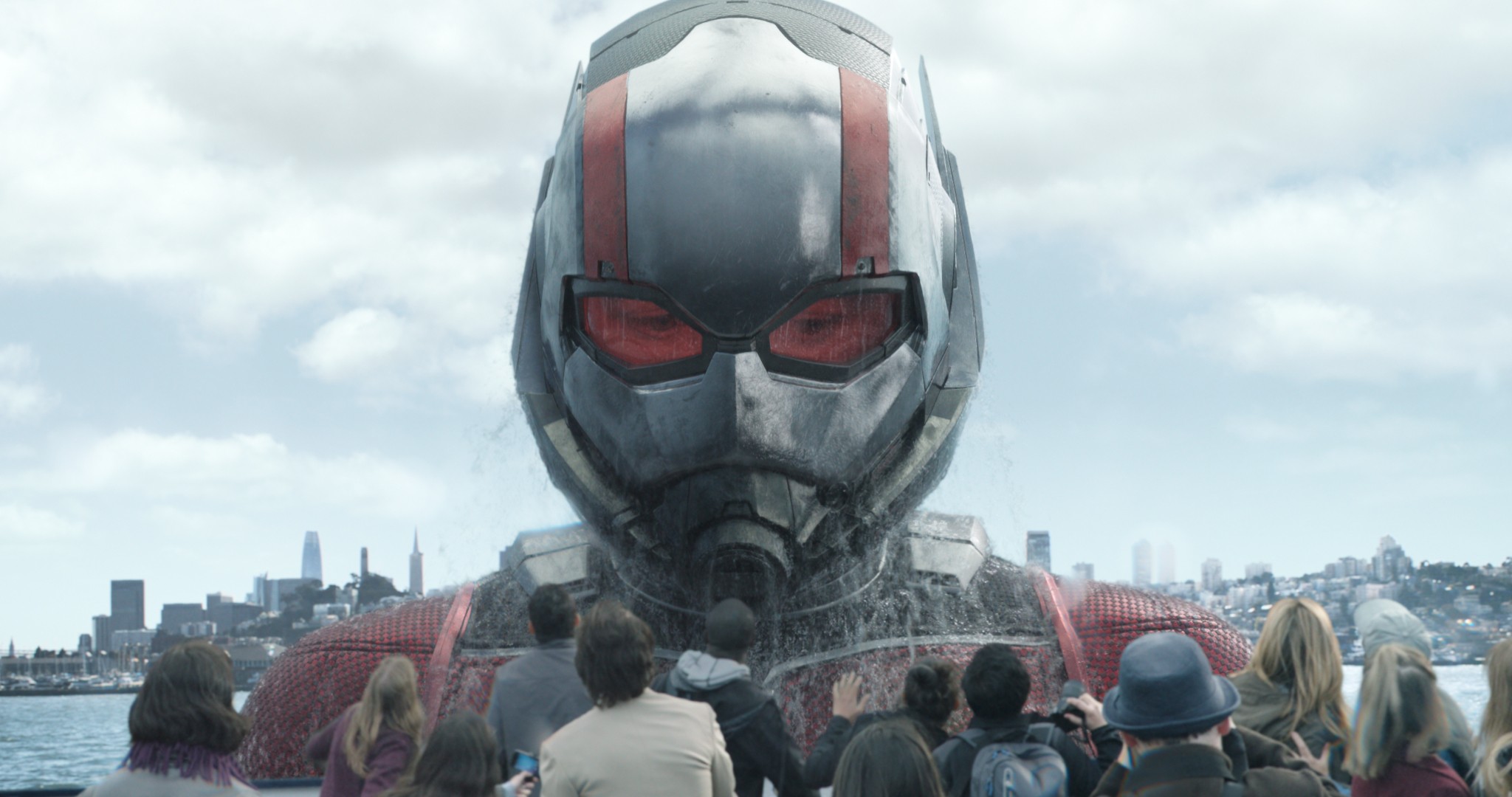 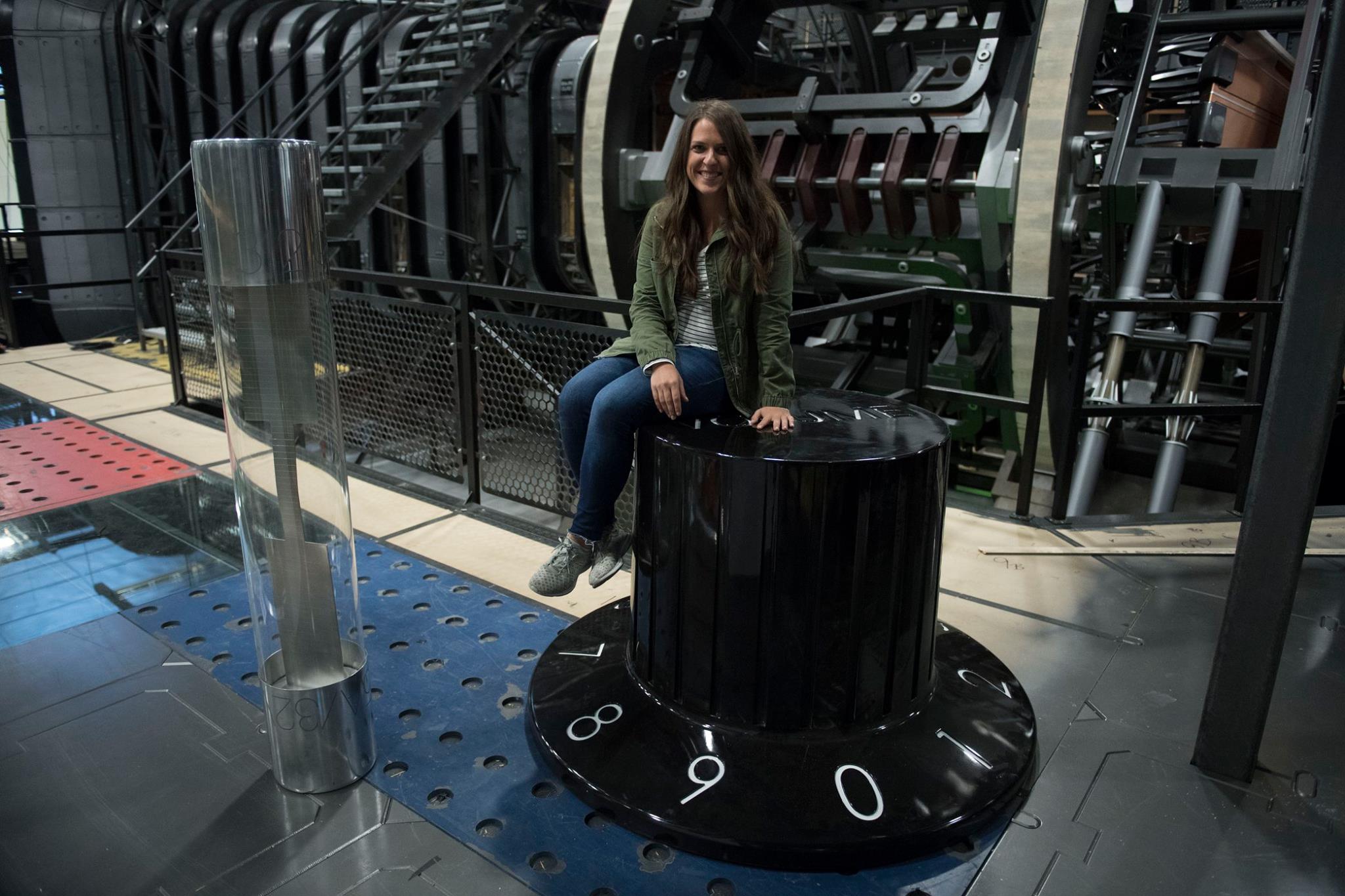 There truly nothing like being on set of a movie.  I thrive off of passionate people who are chasing dreams in life.  There is no where else you’ll ever find people so passionate about what they are creating.

There is so much work that goes on behind the scenes of movies and leading up to the final outcome.  I loved my experience and so truly thankful for the opportunity.  I got to see a Marvel movie being made! We were there just a short time and I saw so much hard work and dedicated in the people creating the film.  I was able to walk on the set of Hank Pym’s Lab!!!! Hello, pinch me!! It’s unbelievable what is created when making these movies.  Every. single. detail. throughly thought out.

To be completely honest, I am never someone who is short on words but describing the feeling of being on set is unbelievable.  We were surrounded by so much talent, yet everyone was so nice! These Hollywood stars were so humble and excited to share the movie with us.  It literally gave me goosebumps! I have nothing but amazing things to say about the cast, crew, everyone involved. The picture about is from the actual set.

I did see a scene being filmed and it was awesome.  I am excited to watch the movie so I can see how it turned out.  These creators and actors really have to use their imagination when they are making these movies.  I confirm its not just talent, but hard work and dedication that create such wonderful movies.

Now, a little more about the movie…

The second film begins where Captain America:Civil War leaves off. Scott Lang/Ant-Man (Paul Rudd) is finishing up his house arrest and focusing on being a good father to daughter, Cassie and wants to begin working as a security consultant (who better to protect you from criminals?!). He only has 72 hours left of house arrest before he is free, and of course, Hope and Hank (The Wasp and former Ant-Man) barge in demanding Scotts help.

Hope Van Dyne and Hank Pym turn to Scott for help finding their mother and wife, Janet Van Dyne. In the second film, Hope is excited and ready to get out from under her protective fathers tight grip and use her new super powers as The Wasp to find her mother. Janet is lost in the Quantum Realm and Hank and Hope need Ant-Mans help to find her. Meanwhile, Scott struggles to balance his superhero duties with his stay-at-home dad routine to Cassie and his longing to live a normal life. Production Designer Shepherd Frankel adds that in this movie, “Theres a lot more going on internally with the characters and their family life”. Executive Producer Stephen Broussard agrees, saying the movie is one part family film, one part crime film, and one part ‘one bad night movie’.

The entire Ant-Man and The Wasp film takes place in 3 days! Broussard describes the film as a “one bad night movie”, he said with a laugh, “where everything just keeps going wrong!”. The movie takes place in San Francisco and was partly filmed there along with some filming in Savannah, Georgia and a lot of green screen technology.

Frankel explained how much of the original movies ‘DNA’ is kept around the second time. The sequel, however, also uses a lot of new technology and macro photography to illustrate the story. The environments of San Francisco reinforce the characters and storyline. The movie plays with scale a lot, and Frankel explained how the team wanted the audience to be unsure what was shrunken down or larger than life. Additionally, hiding in plain sight is a common characteristic that is brought back from the first film, especially when working in smaller spaces.

The second film not only brags new technology, but also new characters and props! Ant-Man gets a new suit that allows him to grow up to 65 feet. As for Broussard, his new favorite character is the new villain, Ghost, played by Hannah John-Kamen (Black Mirror). “She is incredible, I can’t wait for everyone to meet her. ” ANT-MAN AND THE WASP arrives in theatres everywhere on July 6th!