What You Need to Know About Disney and Pixar’s Coco

A young boy, his guitar, a family secret, and Día de los Muertos come together this Thanksgiving for Disney and Pixar’s latest film. Here’s what you need to know about Coco. 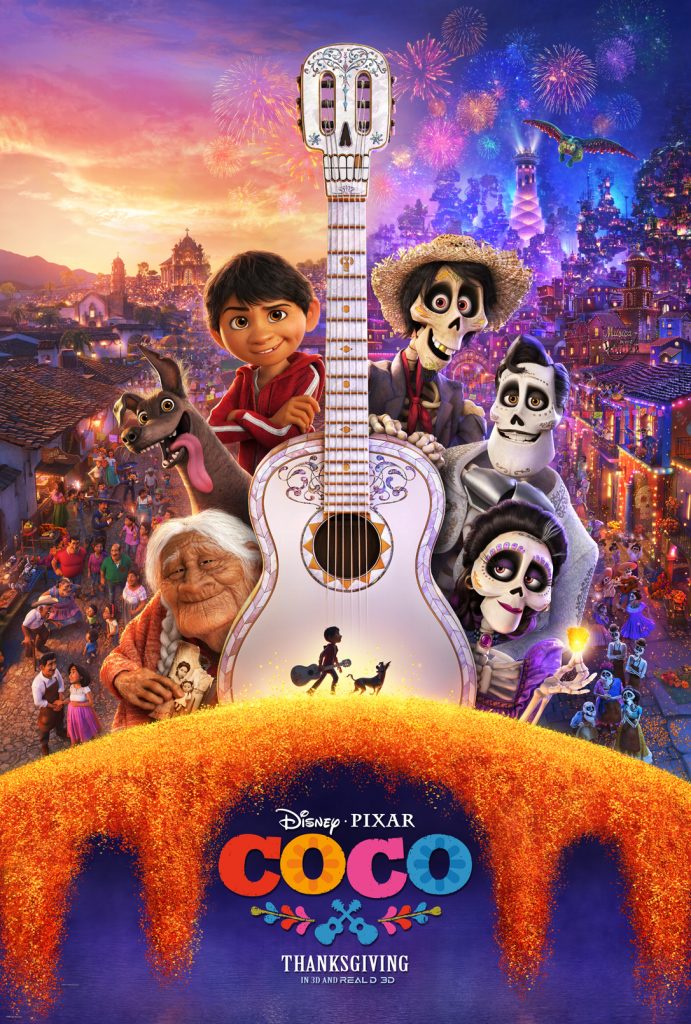 Miguel loves to play his guitar and has an ear for music. He really wants nothing more than to capture the world with his playing. If he had it his way, he’d be just like Ernesto de la Cruz, a famous musician who passed away years before. Unfortunately, his Abuelita is not okay with this. She absolutely hates music. Abuelita is not the only one, either. Miguel’s entire family avoids music. But why?

Miguel’s great grandmother Coco’s father was Mexico’s most famous musician. He got that way by leaving his family to pursue his passion. Miguel definitely takes after him, which is why his family wants him away from music. He quickly realizes there’s a connection between Mama Coco’s father and Ernesto de la Cruz. The musician is actually his great-great grandfather.

“One cannot deny who one is meant to be.”

On Día de los Muertos, or the Day of the Dead, Miguel goes to Ernesto de la Cruz’s grave and finds his great-great grandpa’s guitar placed beneath his photo. Miguel picks it up, plays it, and is transported to the Land of the Dead. He stumbles upon his ancestors and begins his search for de la Cruz. Miguel doesn’t have much time! If he doesn’t find his great-great grandpa by sunrise, he’ll never return to the Land of the Living.

ON COURSE TO CURSED – When aspiring musician Miguel (voice of Anthony Gonzalez) ends up in the Land of the Dead in Disney•Pixar’s “Coco,” his family takes him to the Department of Family Reunions where a busy clerk (voice of Gabriel Iglesias) informs him that he’s cursed. To return to the Land of the Living, Miguel will need a magical marigold petal and the blessing of a family member—but, according to the clerk, the family member can include any condition she likes—even forbidding music forever. Directed by Lee Unkrich (“Toy Story 3”), co-directed by Adrian Molina (story artist “Monsters University”) and produced by Darla K. Anderson (“Toy Story 3”), Disney•Pixar’s “Coco” opens in U.S. theaters on Nov. 22, 2017. ©2017 Disney•Pixar. All Rights Reserved.

Disney dropped the newest trailer for Coco earlier this week. Take a look!

Pixar movies always hit home for me. I just know that Coco will warm my heart, too.

Check out Disney and Pixar’s Coco in theaters November 23!

Make sure to check out the latest scoop on all things Disney!

Get The Scoop On Gal Friday Band
← Previous
51 Scoops of Boston, Massachusetts
Next →
Click here to cancel reply.