“What if?” is a phrase that rings through the heads of viewers as they watch the Netflix series Hollywood. Directed by Ryan Murphy, Hollywood displays the stories of the golden age of Hollywood, but not accurately. These are instead the outcomes of what could have been for these starlets without the barriers put up for queer individuals and people of color.

Hollywood follows a group of aspiring actors, actresses, screenwriters and directors all waiting for their big break. There is Camille Washington, a black actress desperately tired of being cast for roles of the maid. Then there are the boys Jack Costello, an aspiring actor and Archie Coleman, a black screen writer, who work at a mobile brothel for rich men and women. These are just a few of the characters who fight tooth and nail to get to the top.

Some of the characters do not represent any person in particular, rather they represent a group of people. This could be people of color or queer actors and actresses just trying to make their big break. As well, Hollywood also portrays real Hollywood starlets, with a positive twist on the lives they should have lived.

Here are the real people behind the stories displayed in the Hollywood mini series.

Anna May Wong is considered to be the first Asian American actress to make it onto the silver screen. Yet, it was never an easy road for her. Wong was typecast to roles of the “dragon lady” or over exotic characters with no substance. At 19 years old, she received her breakout role in The Thief of Bagdad (1924), where she played a Mongolian slave girl.

In 1937, MGM released a picture titled The Good Earth, a drama about a family of Chinese farmers. Wong immediately had her eye on the lead, but was only called in to screen test for the role of the concubine. Wong stated in an interview that, “I’ll be glad to take the test, but I won’t play the part. If you let me play O-lan [the lead], I’ll be very glad. But you’re asking me-with Chinese blood-to do the only unsympathetic role in the picture, featuring an all-American cast portraying Chinese characters.”

However, MGM had another idea for the lead: Luise Rainer, a German actress. They significantly changed hers and other Americans to resemble the Chinese. Wong was still offered the role of concubine which she turned down on the spot. What could have been her first Oscar was handed to Rainer, who won for Best Actress.

In 1961, at 55 years of age, Wong passed away from a heart attack. Only after her death, was she truly honored for the roles she played, and the history she made.

Her ‘what could have been’ future was bittersweet in the Hollywood series. She won an Oscar for part in the film Meg, which was the fictional movie being produced throughout the whole series. She was finally given the part she always deserved.

Hollywood heartthrob, Rock Hudson, fled his abusive home back in Illinois to join the Navy. Then, on to pursue a career as film star. Hudson was a gay man, but knew if he wanted to make it in Hollywood, he would have to keep it under wraps.

Rock Hudson then met Henry Willson. Willson was a well known agent that shot Hollywood hopefuls to stardom, but was known for preying on young men with a lack of stability in their lives.

In 1955, rumor has it that Willson forced Hudson to marry Phyllis Gates, Henry’s secretary at the time, to suppress any word about Rock Hudson being gay. Due to Hollywood’s bigotry, Rock Hudson had no choice but to live in torment by hiding his true self. The marriage soon ended in 1958 with Phyllis firing for divorce.

Rock Hudson’s career really shot to fame after playing opposite of Elizabeth Taylor in the film Giant; making him one of Hollywood’s biggest stars. Even without any previous acting training, his career continued to rise with films such as Pillow Talk and Come September.

After his marriage with Phyllis, he never remarried. Rock Hudson also never came out as a gay man, living in secrecy. After multiple health problems from heavy smoking and drinking for years, he revealed he was diagnosed with AIDS in July of 1985. Rock Hudson passed away at the age of 59.

In Hollywood, Rock Hudson was able to live his life the way he would have wanted to in real life. In the series, Rock Hudson was dating a screenwriter named Archie Coleman, and walked the Academy Award red carpet, hand in hand. At the end he was cast as a lead in a new film, playing a gay man, no longer living a lie.

In the series Willson would manipulate, “…his clients into solo dinner dates, group sex in his office, or watching as he performs a demented dance of the seven veils…” (Vulture.com). While is it very unlikely that Henry Willson acted this very way, the preying on men is very much true. Henry would scope out different clubs, movie theaters, bars-pretty much anywhere to scope out young talent.

He also was not afraid to end careers in the tabloids if it meant saving one of his clients. Willson worked to protect the personal lives of many of his clients, especially the ones that were gay and would need help convincing the public they were straight.

For years Scotty Bowers kept these sexual experiences a secret, until releasing his memoir in 2012 titled, Full Service: My Adventures in Hollywood and the Secret Sex Lives of the Stars. In this he revealed he set up sexual escapades for Hollywood legends such as Cary Grant, Spencer Tracy, Katharine Hepburn, Lana Turner, Ava Gardner and even FBI director J. Edgar Hoover.

Bowers stated in his memoir, “Frankly, I knew Hollywood like no one else knew it.”

In Hollywood, Hattie McDaniel serves as a mentor for the rising actress Camille Washington, as she navigates through racist Hollywood. McDaniel gives her advice as she deals with the racist backlash from receiving a lead role in a film.

Hollywood focuses on one of the most important aspects of Hattie McDaniel’s career; becoming the first black Academy Award winner in history by accepting the Oscar for her role as Mammy in Gone With The Wind. However, in golden age Hollywood fashion, it was not a spectacular time for her as one would imagine. McDaniel found out about her award win from a table no where near her costars and accepted that award in a segregated hotel. Even with an Oscar win under her belt, McDaniel was also only ever asked to play different versions of maids and mammies.

Towards the end of the series, she watches Camille Washington sit front row with her cast at the Oscars and win the award for Best Actress. Winning this award is not only a win for herself, but it is a win for Hattie McDaniel. She is able to live out her Oscar winning experience the right way through Washington.

Throughout the series, many famous faces make striking cameos. A majority appeared at the famous George Cukor dinner parties. Cukor was known in Hollywood for his directing career as well as his, “…afternoon pool parties that were unabashedly all-boy affairs…”(Los Angeles Times). In the series, USC football players would frequent these parties, willing to do whatever it takes for their big break.

The iconic Viven Leigh makes an appearance at one of these parties. Mentions of Leigh’s struggles with bipolar disorder are thrown around the dinner table being labeled as “mood swings.” In real life, many were worried for her mental state, which became very noticeable when filming A Street Car Named Desire.

Tallulah Bankhead, another Hollywood legend, liked to joke that she was, “pure as the driven slush”, something also stated by her character in the series. She is seen laughing while snorting cocaine and teasing men in robes at the dinner party. Tullulah was well aware of her slightly wild behavior. Potentially, this contributed to her lack of roles as the years went on.

Hollywood is a series that creates a story of what could have been. A story of Rock Hudson being able to walk hand in hand with his boyfriend or of Anna May Wong finally receiving that Oscar winning role. It depicts the stories of black actor, actresses and screen writers making it big, while knocking down all the walls in their way.

It is the Golden Age of Hollywood at its finest, but with a twist. The past can’t be changed, but we can always wonder “what if things ended this way?”

Visit Sarahscoop.com for the scoop on more shows and movies! 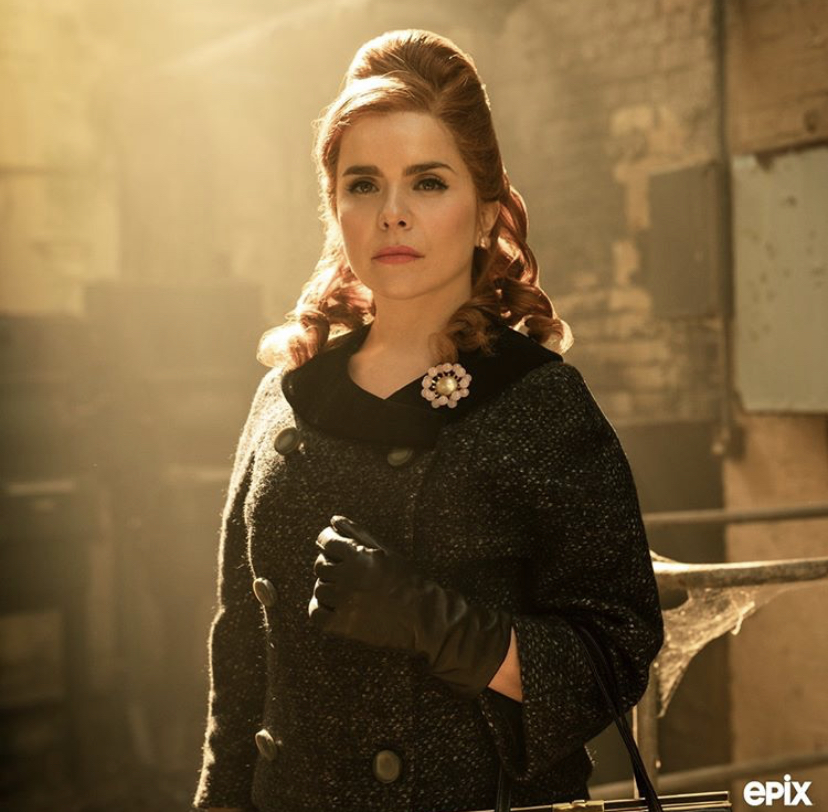 Previous
Why Pennyworth Is Totally Worth It 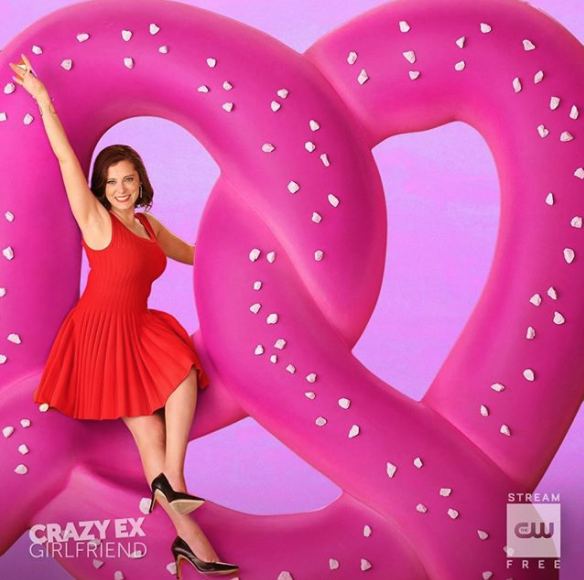