New Bachelor Couple: Pieper James and Brendan Morais “Super Into Each Other”

Calling all fans of The Bachelor and The Bachelorette! It looks like there is yet another Bachelor Nation couple has found love. Pieper James and Brendan Morais are reportedly dating and we are here to tell you all about it.

Thanks to an Us Weekly exclusive, here is the scoop on Pieper James and Brendan Morais’ relationship!

According to an Us Weekly source, “Pieper and Brendan have been dating for a few weeks now.” They also mention, “Either he’ll fly to New York and hang with her, or she’ll fly to Boston to hang with him. She was most recently in Boston over Memorial Day weekend and they were even spotted out in public together.”

The couple has been seen by fans together out and about in New York City and Boston, but they keep a low-profile. The insider says, “They’re keeping their relationship under wraps since they’re trying to make it work long-distance and it’s still new.”

Some fans are wondering how Pieper and Brendan first met. The source explains that, “they hang out in the same Bachelor crowd” and that they “have mutual friends.”

Fans of Bachelor Nation will remember both Pieper James and Brendan Morais for their time on TV. While neither contestant won their season, it seems they have found love on their own!

Brendan Morais bonded with Tayshia Adams on her season of The Bachelorette. They connected over the fact that they are both divorced, and they had a strong bond throughout the season.

The insider explains that during the episode when Tayshia and Brendan meet jeweler Neil Lane “It freaked him out a little bit.” They also add that Brendan, “Does want a wife and he wants kids, but the whole process took him by surprise, and he didn’t realize how quickly he was being asked to get down on one knee. It just wasn’t something he was ready for in the end. It was a lot for him to take in. Marriage is something he doesn’t take lightly.”

Pieper James appears in the most recent season of The Bachelor with Matt James and was sent home week 7.

With so many Bachelor Nation couples dating or getting married, who will fall in love next?

Get ready for Bachelor in Paradise with all the right products! Show off your love with stickers, towels, wine glasses, a John Paul Jones mug and so much more!

For more Bachelor Nation scoop check out these articles below: 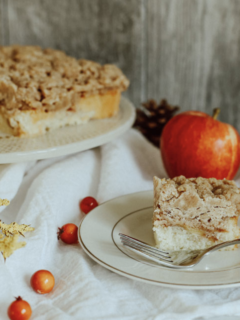 Next
9 Neat Home Goods on Amazon You Didn't Know You Needed
Click here to cancel reply.