American Idol is back and better than ever! Judges Katy Perry, Luke Bryan, and Lionel Richie are together again to find America’s best voices. After a short break and becoming a new mom, Katy Perry has a lot to say.

American Idol fans are excited for the show’s return this Sunday, February 14 on ABC.

Thanks to an E! News exclusive, we have the scoop on Katy Perry’s life as a mom and the new season of American Idol!

American Idol Is Back!

After taking a break for the pandemic, American Idol is back! The set is being socially distant, but judge Luke Bryan assures fans the competition is still fierce.

In the February 8 episode of E! News’ Daily Pop Bryan said, “The most important part is when you’re in the room with a great contestant, we feel the greatness far beyond doing it virtually. Even in the room we can’t walk up and put our arms around these kids right now, we have to keep our distance. But we’ve had some pretty emotional moments already.”

He even mentioned, “This is the first time in four years that just someone’s singing made me cry.”

Katy Perry Is A Busy Mom

The judges are clearly happy to be back together. Lionel Richie said, “I am now starting season four with the same message: pray for me people. I am so happy to see the two crazy, wonderful people. I think I was going stir-crazy at the house.”

Bryan jokingly added, “Hey, you’re the one that didn’t put deodorant on today!”

The new mom defended herself saying, “I’m a mom, I forget things now! And also I’m too busy. But now I don’t get flicked by his boogers anymore.”

It seems that fans and judges alike are ready for American Idol‘s return this Sunday Feb 14th! 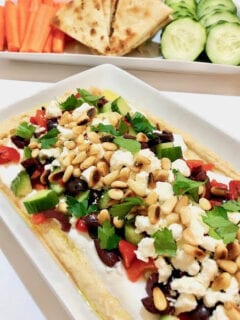 Next
Bob Saget and The Olsen Twins Are Still Friends Despite The Sisters' Choice Not To Star In 'Fuller House'
Click here to cancel reply.