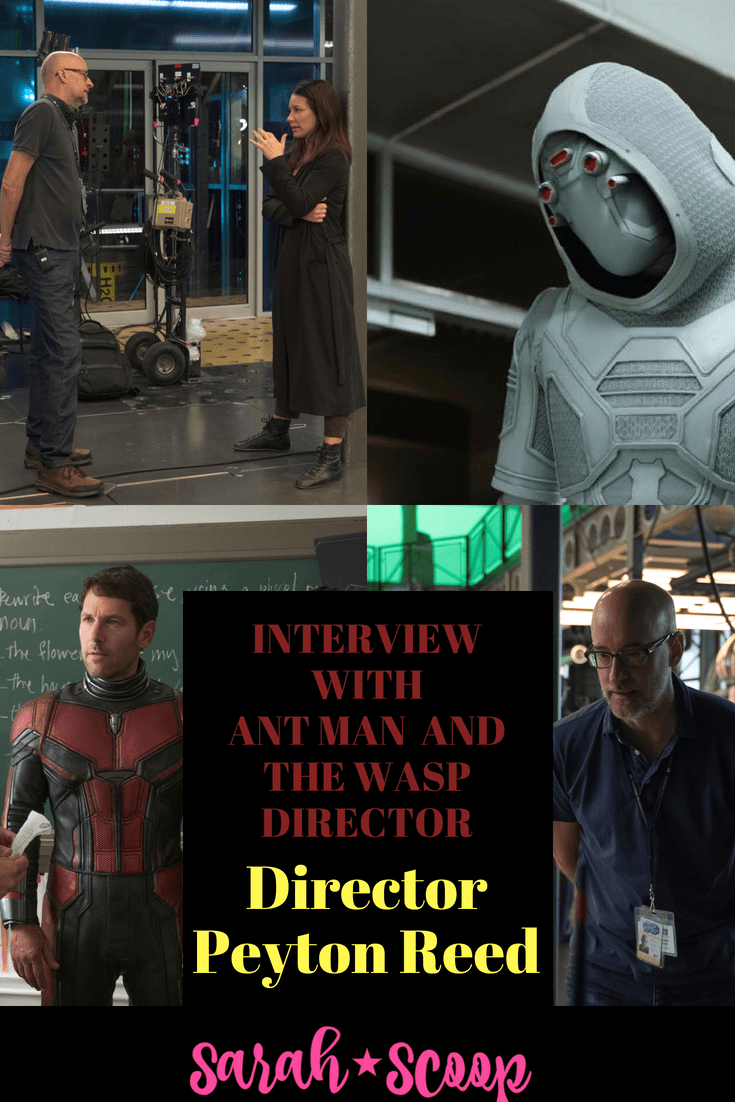 I am so excited to share more interviews from my #AntManAndTheWaspEvent set visit last year!  I got the scoop from the director, Peyton Reed on his new film Ant-Man and the Wasp. From his favorite scene, budget issues, and a mystery villain, Reed goes into great detail about his new movie!

In this movie, Director Peyton Reed really tried to branch out of the lab. In the first movie, a lot of the action was based in the Pim Tech lab and Hanks house.” I really wanted to get out and feel San Francisco,” he said. Reed wanted to focus even more on family dynamics for the second movie. Another huge key difference is that there is now a new partnership for Ant-Man.  Hope (The Wasp) and Scott (Ant-Man) are heroes in different ways, how well will this new partnernship work together?! 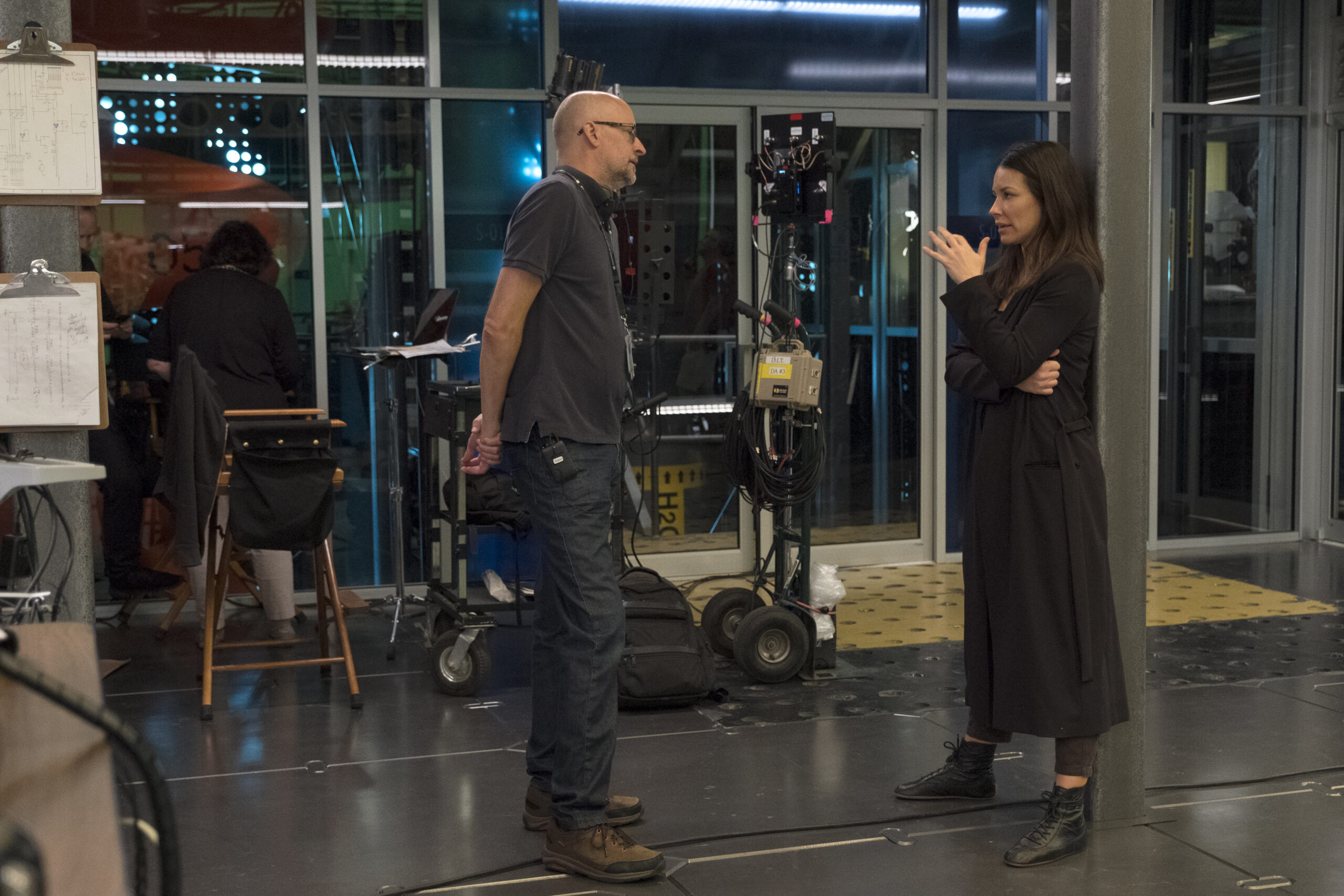 The Wasp has a very clear motive and agenda in the movie but  “what is her thing”. Reed describes this new character as someone that actress Evangeline Lilly had to have many conversations on in order to really figure out who Hope (the Wasp) is. Hope is faced with a challenged if she even needs a partner at all.

Reed explains that he loved the comedy side of this movie and his favorite scenes in the movie was the more emotional scenes. Since this movie is heavily based on family and relationships, there will be a lot of family dynamics and emotional moments. Reed also described filming the size changes as one of the hardest scenes for him to film. Particularly the scene in the school, there was a lot of size changes, a lot of technical challenges, and he had to make it somewhat easy for the actors. 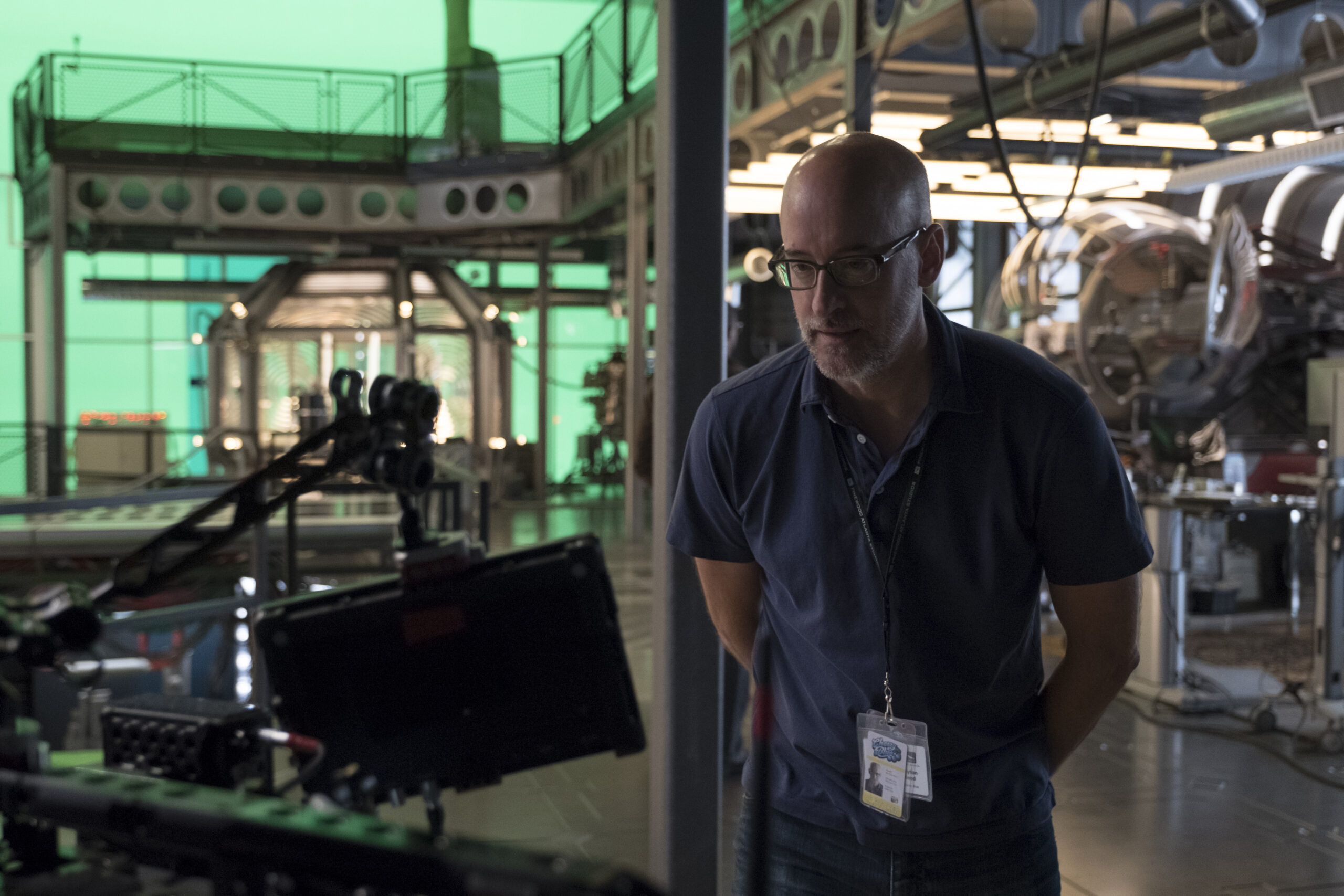 Even though CGI is a lot cheaper than building an actual set, Reed insisted on creating an actual set for the actors. He said he wanted actual props, but the cost in the budget was something he really had to fight. The main reason for wanting a set is because Reed felt that it was needed for the two main actors, Paul Rudd and Evangeline Lilly, to feel like they were really parent of the movie. “If you are trying to imagine them in a sea of green, it’s harder to sort of direct them, it’s easier for them if they can sort of see these things and react to things,” Reed said. They even created an actual size hot wheel and really tried to make it look like the toy (right down to the realistic wheels!)

Reed really liked the fact that Scott Lang is just a normal guy. He doesn’t have natural superpowers just the suit, which makes him feel more authentic.  Reed says this is really a family movie with the focus on parents and their children. Specifically, because Scott Lang wants to be there for his daughter. 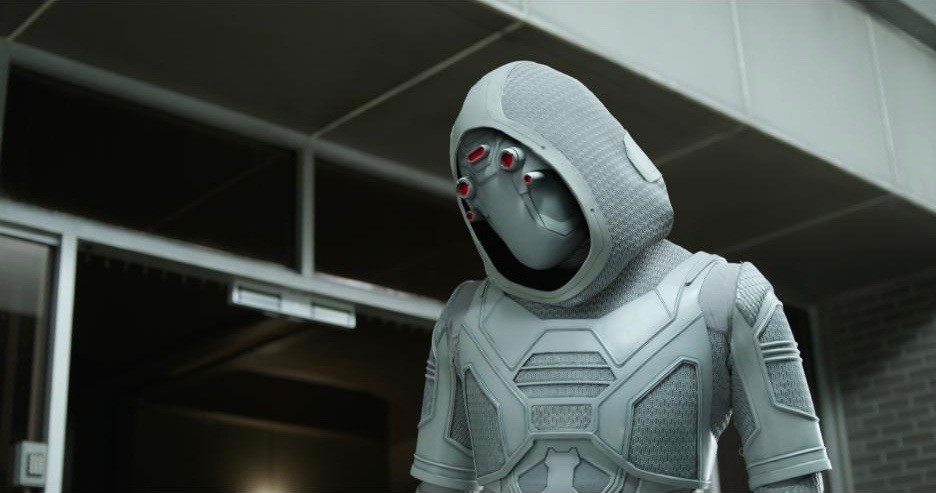 The new villain’s origins are a mystery. Reed did mention that this villain, Ghost, was based off a villain from the Iron Man comics. Like the other characters, this villain also is family based. Reed says that you are sure to relate to this character.

Be sure to look for hidden easter eggs throughout the movie. Also be sure to check out my Interview with Ant-Man and The Wasp Star Abby Ryder Fortson!