We watched that awkward reunion between Matt James and Rachael Kirkconnell on “After The Final Rose.” But, how does Rachael feel about Matt now? Well it seems she may still feel the love for him.

Kirkconnell took to Instagram to share her thoughts in a caption posted after her appearance on “After the Final Rose.

The caption stated, “I knew from the first night I met Matt that he was something special, and I was praying to share something exceptional between the two of us if that’s what was meant to be.”

She continued sharing that what happened between them was not what she had hoped for, “While I never expected this outcome, I respect his decision completely.”

Matt James’ decision was to separate from Rachael Kirkconnell amid the controversy that came after the show. She continued in her caption, “Of course, I wish circumstances were different, but I still feel blessed for the time we did have together and the memories we made.”

Did she fall in love? According to her caption, yes. “I got to fall in love, and I truly believe he was the love of my life. He will always hold a piece of my heart.”

Hopes of Getting Back Together

To conclude her caption Rachael shared, “I’ll always be hopeful and believe what’s meant to be will be.”

She also defended him on her Instagram story after the show, “I am taken aback by what I’ve seen tonight,” wrote Kirkconnell in a statement. “If you think that attacking a person I care about with racist insults is what I would ever want, you haven’t been listening. Some of the things I’ve seen being said to and about Matt are repulsive.”

She continued, “I respect the decisions that Matt has had to make during this experience. If you are directing hate towards him, please stop. Recognize someone’s humanity and think about the impact your words have.”

Do you think these two should reunite? 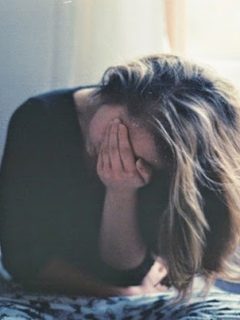 Previous
How To Stop The Panic Before It Sets In