The Scoop On Bachelor Robby Hayes

Ladies swooned when they first saw Robby Hayes appear on The Bachelorette. From his perfectly styled hair to his chiseled abs we just couldn’t get enough. Robby came on Season 12 a former professional swimmer hoping to find love with the Bachelorette, Joelle Fletcher. After having to say goodbye to JoJo in Thailand, Robby returned home to Jacksonville, Florida to spend time with his family and continue his journey to find the perfect woman. To find out more about Robby and his experience on the show check out the Q&A below! 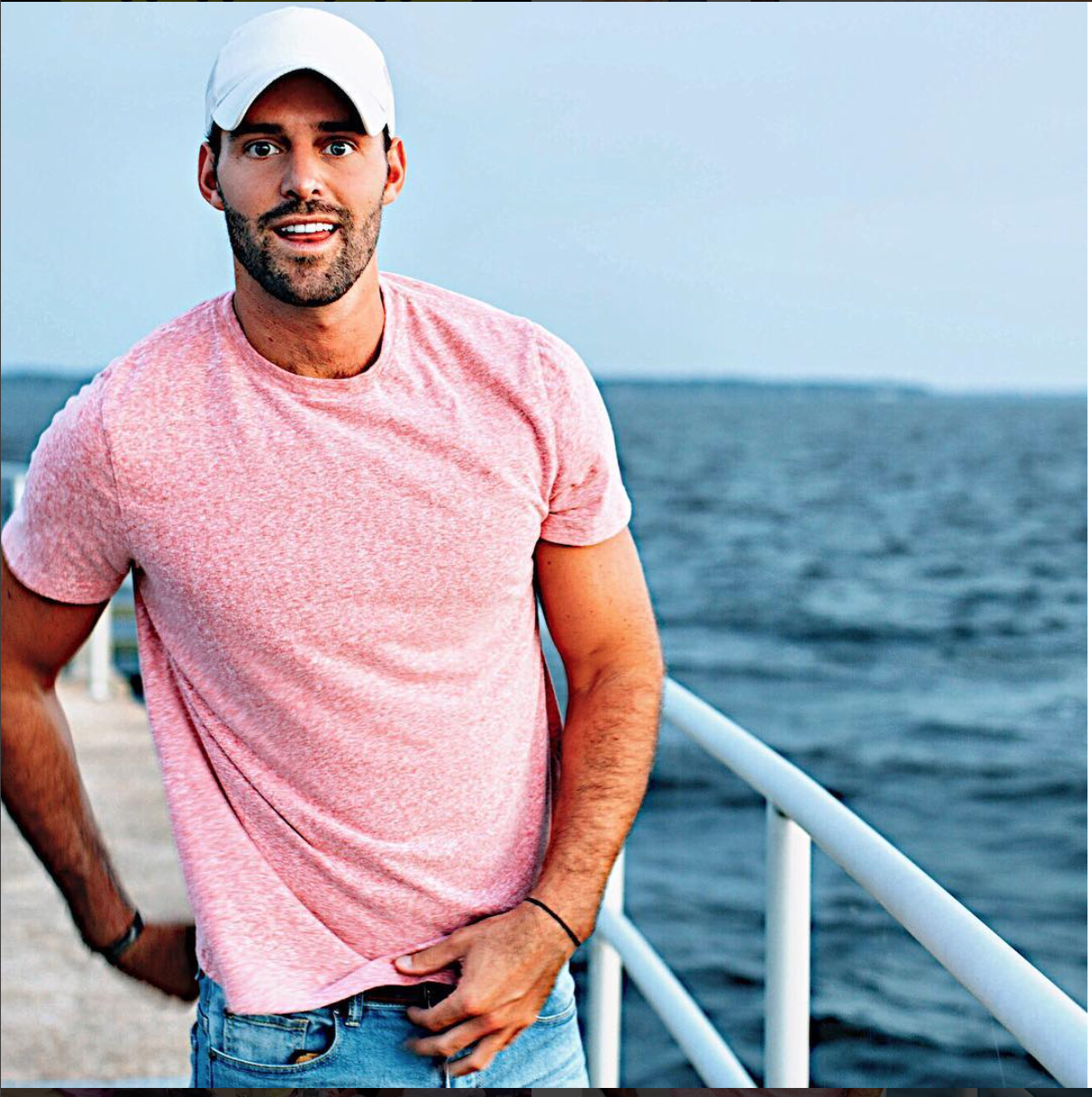 Hometown: On an airplane, haha. Just kidding Jacksonville FL. But, I’ve been traveling a lot lately.

My childhood was crazy. Having five siblings was crazy. I grew up going to a Christian Private school. We went on lots of family trips, so we have a really big and close family. 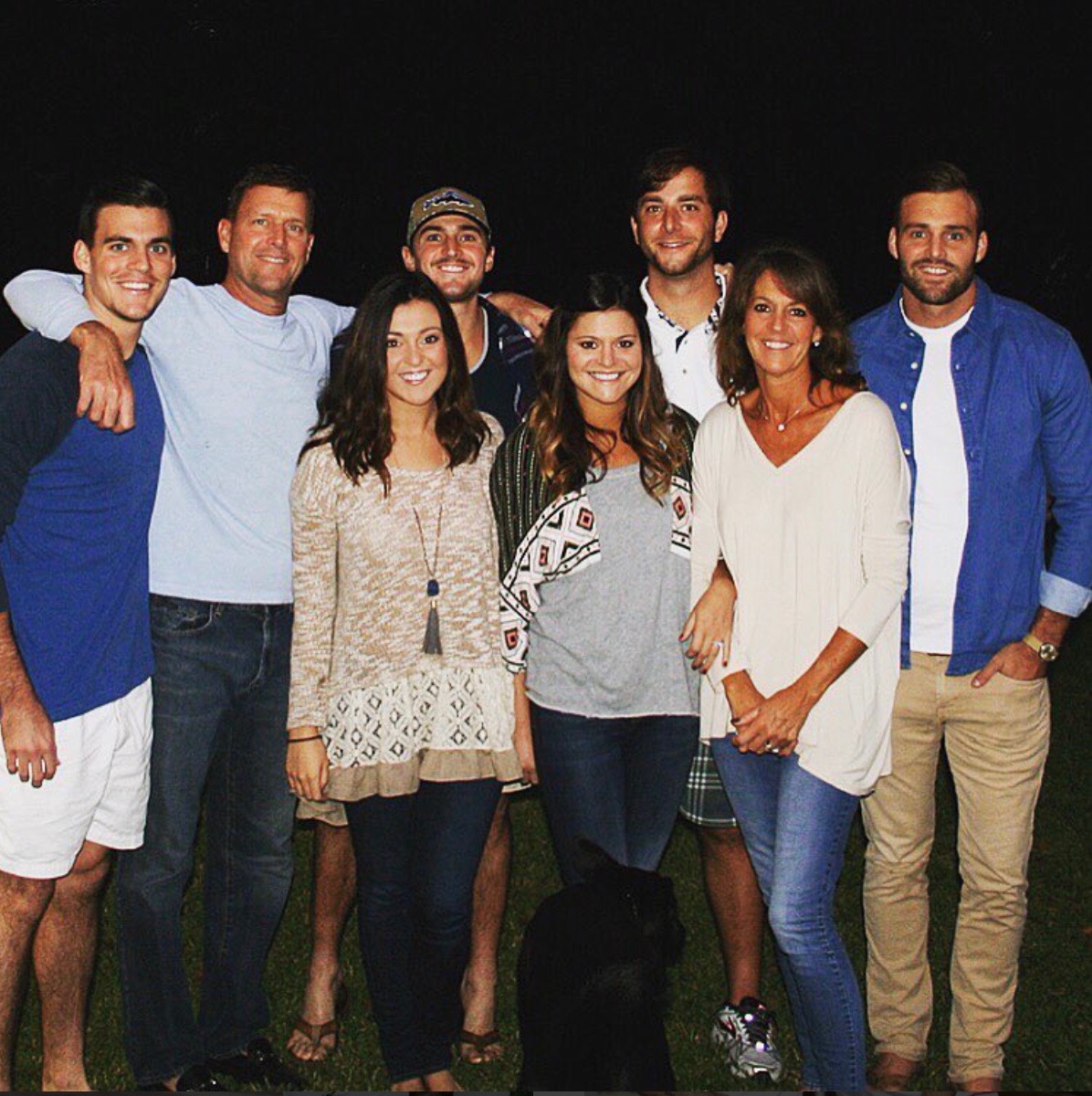 How was your college experience while you swam?

Florida State was awesome, I didn’t get out much the first year because I wanted to make swimming my first priority. Sophomore year i opened up. I started going out more and joined a fraternity, Lambda Chi Alpha.

What did you do before the bachelorette?

I was a swimmer. When i graduated in 2011  I had to make a choice, go to the olympic trials or work. But, the olympics was a once in a lifetime chance because I could work for the rest of my life. So, I came home started and training. I competed in four events, and qualified in five. Towards the end of the meet i had an interview with the company who built all the pools for the olympics and they hired me right there.

I moved down to Sarasota Florida and became the East Coast Regional Sales manager for Myrtha Pools USA. It was an Italian based company so iv’e been to Italy nine or ten times to the headquarters over there. Then before the show came about i had been looking for a new job because Sarasota was kinda a dead-end town to me. I wanted to be in a bigger city with more opportunity. When the show came knocking I was right in the middle of a transition period and so it couldn’t have come at a better time!

Who inspired you to go on the show?

My little sister nominated me without me knowing actually. Towards the end of December I got a call from ABC saying they wanted to meet me. At first I thought it was a prank call, and somebody was messing with me. Sure enough, it was real and I began the process. 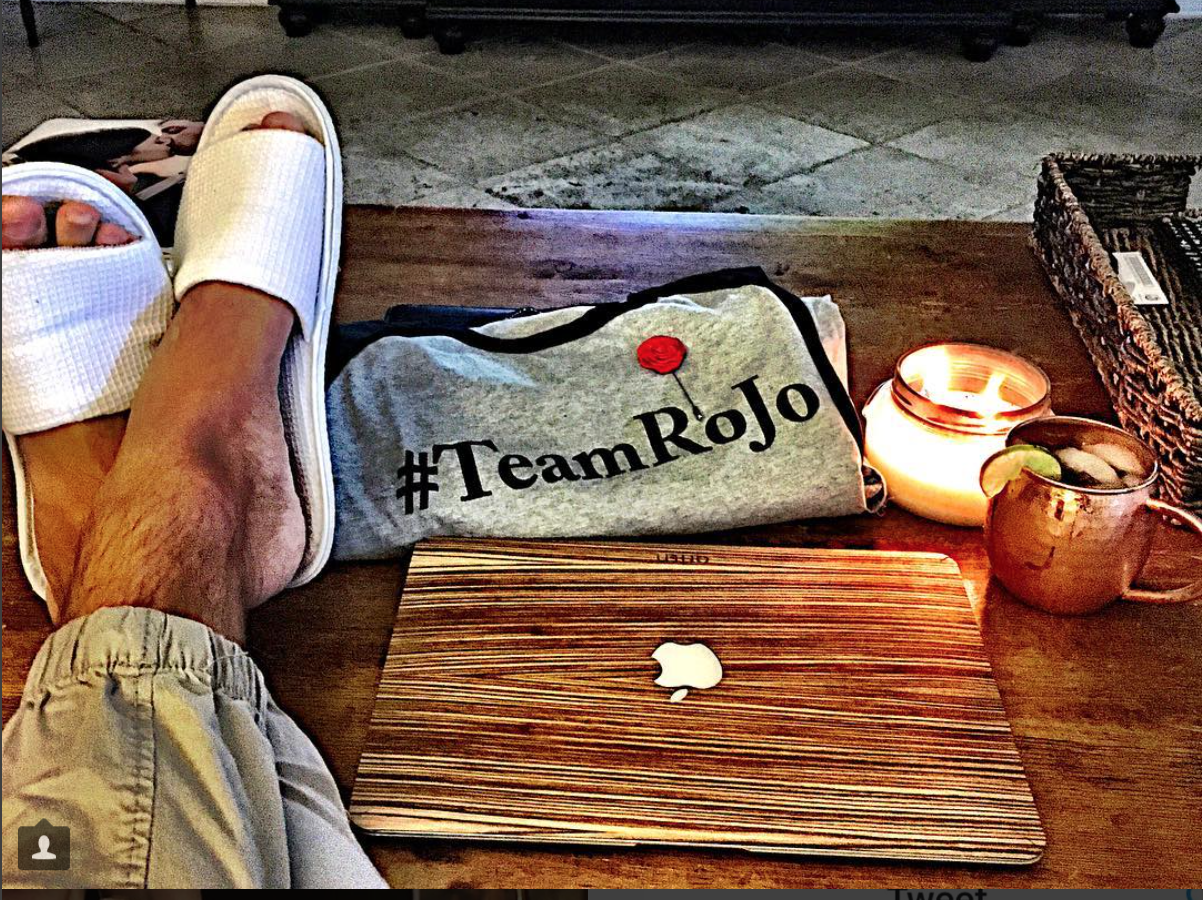 How much luggage did you have to pack to take on the show?

One hanging bag that I kept all my suits and nice clothes. I had a giant rolling bag that was always teeter tottering with all my clothes and shoes Also a duffle for random traveling stuff!

Did you get more time with JoJo than what we saw on TV?

Yeah I got more time.  The first couple episodes I wasn’t seen much because the producers really wanted to focus in on the Chad drama. I wasn’t into that, so I stayed out. Once Chad left they started to focus more on our relationship. They showed our first kiss at the pool party!

What’s your favorite memory from the show?

My 1-on-1 Date with Jo in Uruguay. The whole day was so fun and a whirl win of emotions. We had a private firework show on the beach that was awesome. When I got back to my room I couldn’t sleep because I was so gitty. Hands down one of the best full days on the show!

Who were you closest to in the house?

Jordan Rogers, Chase, McNary and Alex Woytkiw.  I stay in touch with most of the guys though. 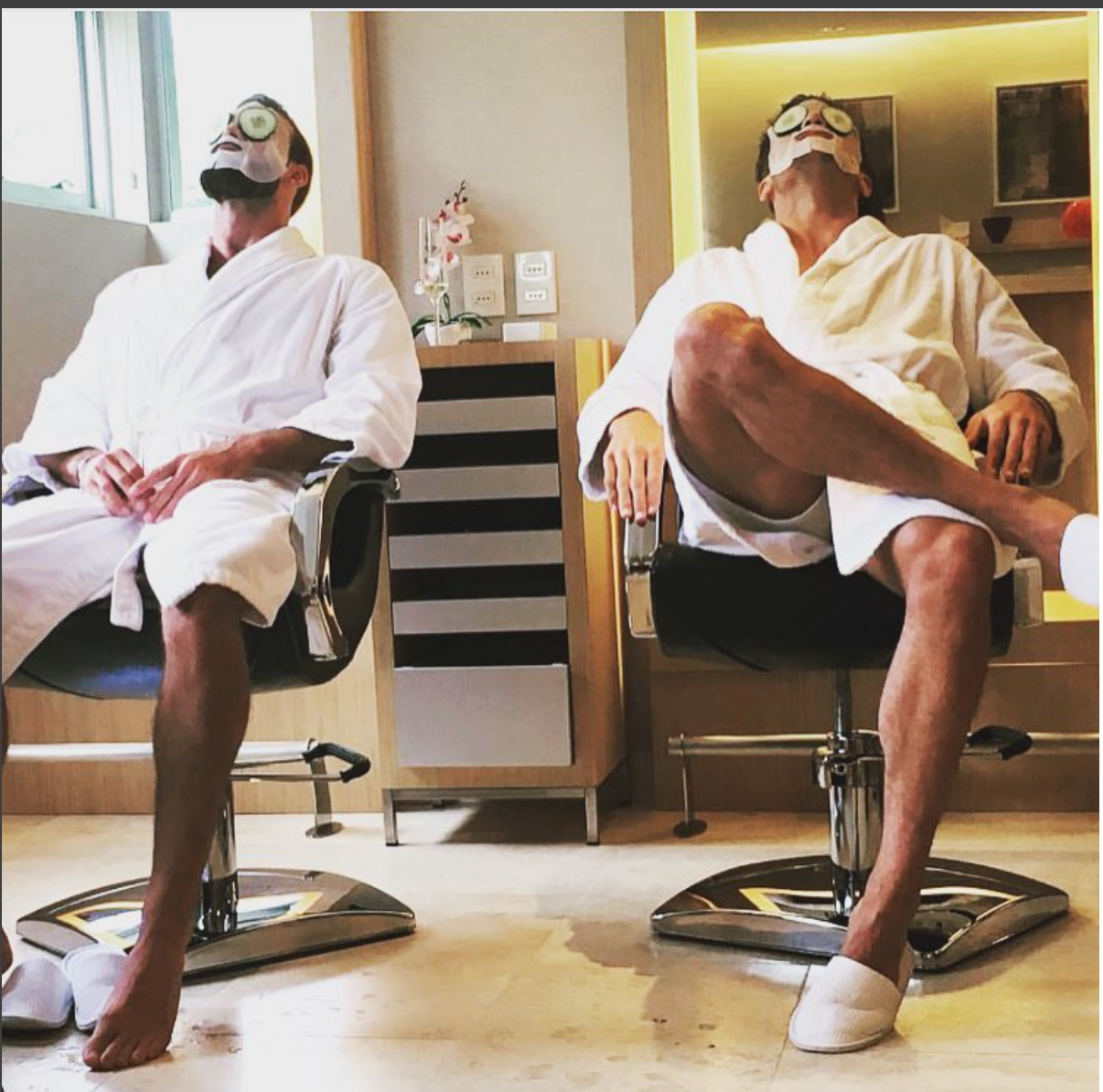 How did you grieve after being sent home?

It was tough. I felt shocked, blindsided for the first five hours. Then i had some time in Thailand before I flew home. When I came home I was surrounded by my family who helped me get back on my feet. A lot of what I had to do was lay low, because I couldn’t be seen in public yet.

What was it like for you to watch the show on Monday’s knowing how it ended?

It was hard and weird. I wondered do i really look and sound like that? Is that my body language? All that stuff is weird because you’re trying to get used to seeing yourself on TV. I mostly fast forwarded through other guys parts, watched my parts, and that was about it. It was fun, my whole family got a kick out of it too!

How has your personal life changed since going on The Bachelorette?

Ya know, it’s changed slightly. I get noticed in places, asked to take pictures and i’ve got opportunities thrown my way I don’t think I would have gotten without the show. So it’s all been very positive. It’s not bad getting noticed. People always say “It’s got to get annoying”. But you know, if I can take five seconds to make somebody else smile, I will. It’s been fun!

If you could do the show over again, would you do it differently?

I wouldn’t take anything back. It was awesome. I learned a lot about myself, what i’m looking for in a woman that i’m going to spend the rest of my life with and I met so many cool people. It was worth every second.

Have you been working on any new business ventures?

Yeah, because of the show I have gotten a lot of new opportunities including photo shoots, different agencies, appearances, events, news segments. The local Jacksonville news had me do some of their Rio Olympic coverage since I was a former swimmer. All sorts of stuff, i’m going a lot of different directions.

Lately you’ve shared a lot about charities you’re involved with, tell me about that and how you got involved?

People always ask how I am going to deal with this sudden come up of fame, and you know I don’t think it’s fame, I look at it as success. When I was first reached out to from Children’s Miracle Network and I did that first one here in my home town. They obviously take priority, because helping out children from my hometown trumps everything else I have to do.  Once it got out that I did the first one, I had people from all types of networks reaching out. The more I can get the better!

What is your workout routine?

Consists of a lot of cardio and Abs, not many weights right now but also a clean diet with the occasional cheat day!

Who is your celebrity crush?

Margot Robbie.  It used to be Carrie Underwood until she got wifed up! 😉

What is your favorite Netflix show?

What is your guilty pleasure?

Hmm, I can’t pass up on chocolate!

What is your favorite song right now?

My Girl by Dylan Scott. I’m really into country so it’s either that or, Shot Of You by Braden Counts.

What is the number one item on your bucket list?

The Greek Islands for sure!

I am being social. I don’t want to jump right into a relationship, but if something special falls into my lap I won’t turn it away.

What advice would you give to somebody auditioning for the Bachelorette?

BE YOURSELF! Whatever character traits you posses show them! They want to see exactly who you are and will cast you for that person!

You can keep up with Robby by following his official social media channels below.

New Year, New You with Raina Seitel
Building A Healthy Future: Lifestyle Choices That Will Benefit You Later In Life
First Aid: 4 Skills Everyone Should Learn
"Tempted" K-Drama Is A Realistic Journey Towards Love- Review
bachelorInterviewslovereality tvthe scoop on
2 comments
1
FacebookTwitterPinterestEmail

Top 10 Things People Are Most Afraid Of #AMonsterCalls

This dude sucks a lot of dicks