Saddle up Bachelor Nation, it’s week 2 of Katie Thurston’s Bachelorette journey for love! This week we get to know more of the contestants and finally watch Katie go on some dates. There will be spoilers for week 2 ahead in this Bachelorette recap. 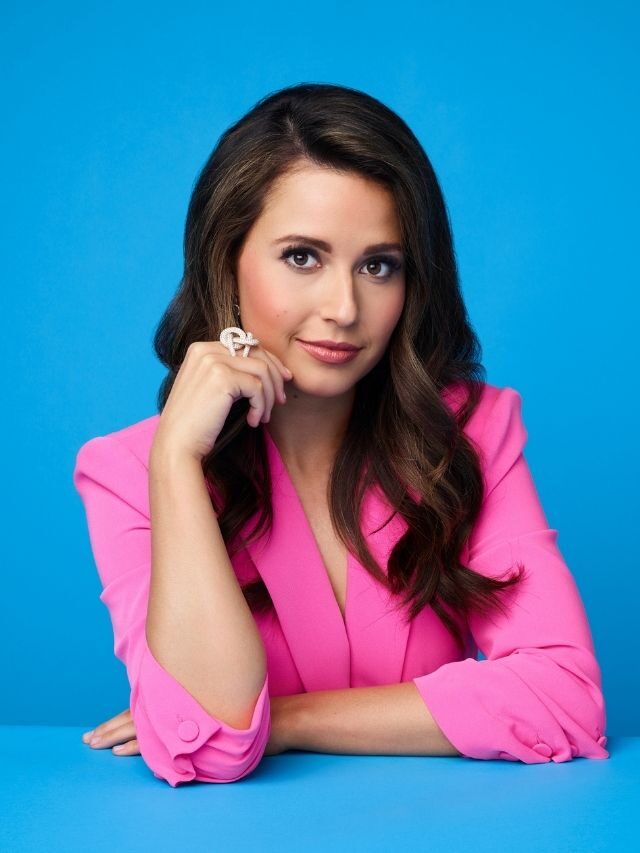 Before the group date, Katie Thurston sits down with hosts Tayshia Adams and Kaitlyn Bristowe and talk about the guys. Katie tells the hosts, “Right now, it’s easy to like them all” but she understands that she will have to narrow the guys down to 1 and she is excited.

For the group date, Katie brings Tre, Christian, Garrett, Quartney, Mike P., James, Karl, Thomas, Connor B., and Justin to meet comedian Heather McDonald. Heather gives the guys a quiz about sex, and Mike gets uncomfortable. He has not yet told Katie that he is saving himself for marriage, and he wants her to hear it from him directly, rather than in a quiz. In his confessional, he gets tearful stressing over the situation.

Heather tasks the guys with creating an individual presentation showing Katie what makes them the best lover.

Connor B. puts his music skills to use and sings, Tre puts on a puppet show, and Karl gives a lengthy monologue. When it is Mike’s turn, he brings Katie up on stage and gives a heartfelt speech to Katie where he tells her that he is saving himself for marriage.

The Bachelorette and Heather award Mike the Greatest Lover of All Time trophy. Afterwards he says, “I just think that shows that intimacy comes in so many different forms.”

Moving on to the cocktail party! Katie spends the evening getting to know the guys more.

Connor B. asks Katie to redo their first kiss without his cat paws. Katie also tells him that he is the first guy she remembered from the limo.

Meanwhile, Karl has his sights set on getting the group date rose.He spends his time with the Bachelorette being witty trying to impress her, and then Thomas interrupts. Katie and Thomas bond on a more emotional level, so she gives him group date rose.

Katie Thurston rolls up to the house in a bright red truck and picks up Greg, who also got the first impression rose, for their date.

For her first one-on-one date, she and Greg go camping! Katie talks about how she used to go camping with her dad, who passed away in 2012.

The two have lots of fun setting up a tent and even making a toilet out of a bucket. They also share a kiss on said toilet, which Katie says was “hot” so we will not judge. You do you, girl!

They have a heartfelt talk about Katie losing her dad, sand Katie tears up. Greg assures her that she can be open and honest with him about her emotions, and he wants to do the same with her.

Later at dinner, Greg tells Katie that his father also passed away. They bond over memories of their dads, and it is a very emotional date. At one point Greg is crying so Katie kisses his hand and whispers, “You’re doing fine.”

After dinner, the Bachelorette takes Greg back to the truck for a fireworks show and gives him a rose. After the date, a very happy Katie says, “Am I falling for him? I mean…it feels like it.”

Katie Gets Down and Dirty

For Katie’s second group date, she invites Hunter, Brendan, Kyle, John, Andrew S., Aaron, Cody, and Josh to “Get down and dirty.” Michael does not get a date this week and he hopes his connection with Katie is enough. He says, “Being away from home and my son, I mean, it’s eating me alive.”

Kaitlyn and Tayshia wake up the guys bright and early to bring them to Katie’s Big Buckle Brawl, a mud wrestling competition! The first matchup is Brendan vs. Hunter, which Brendan wins. Next is Andrew S. and Kyle, and Andrew wins. Then it’s Josh vs. John and it’s a draw!

The final matchup is Aaron vs. Cody and the mood is instantly tense. Remember that sudden drama from last week? Yeah, it’s not over. Aaron explains that he knows Cody from home in San Diego, he does not like him, and he claims Cody is not here for the right reasons.

Aaron wins the fight and spends extra alone time with Katie, so she asks him about the Cody situation. He explains that Cody wants to “become famous” and Aaron doubts his motives for being on the show.

Katie is understandably upset, so later in the date she confronts Cody about the situation. She expresses that Aaron called him malicious and she emphasizes how important kindness is to her. Cody denies knowledge of what Aaron is referring to, but Katie describes this reaction as “rehearsed.”

After reflecting on the situation, Katie decides that her trust in Cody is lost and she sends him home. She then takes a moment for herself and continues her evening with the guys.

Andrew S. distracts her from the drama and they bond over the struggles they faced growing up, and she gives him the second group date rose.

Katie Thurston starts the evening off by telling the other men that Cody’s gone home. She then takes Michael away to chat first, so they can make up for him not getting a date this week.

Meanwhile in the main room with all of the guys Karl, hints that other guys in the house are there for the wrong reasons, but nobody else seems to know what he is talking about.

Later, Karl tells Katie that there are more guys in the house who are not there for the right reasons, but he also refuses to answer any questions she asks about it.

She then pulls Aaron aside because she trusts his judgement and asks him if he knows anything about the situation. Meanwhile, the guys are all very confused asking what happened to make Katie upset. Eventually, Karl speaks up explaining what he told Katie.

The other guys are still confused and ask Karl to explain who he was talking about and what he knows, but Karl will not answer their questions.

Episode 2 of The Bachelorette ends on a cliffhanger with Katie upset and all of the contestants angry at Karl.

Be sure to tune in next week to The Bachelorette to find out what happens with Karl and to see who Katie sends home!