It is week 5 of Katie Thurston’s journey for love and the drama continues! From Blake Moynes joining the house, to Hunter tackling contestants, this week is wild! There will be spoilers ahead in this The Bachelorette season 17 episode 5 recap!

Here is the scoop on The Bachelorette season 17 episode 5 recap!

Starting off The Bachelorette season 17 episode 5, we see the guys relaxing in the house. They are all happy after seeing Thomas go home last week. The sense of calm is only temporary though, since Blake is about to make his official Bachelor Nation return.

Katie asks Kaitlyn Bristowe about her experience having Nick join her season. Kaitlyn says that all of her guys were upset, so Katie is nervous.

Tayshia Adams delicately tells the guys that someone will be joining the house. Blake Moynes walks into the house and awkward silence follows. Blake says he understands how the guys must feel, but he is here for Katie.

Suddenly, there is a knock at the door and a date card arrives. Surprise, it’s for Blake!

Before her first one on one date with Blake, Katie Thurston stops at the guys’ house to see how everyone is reacting to Blake’s arrival. Quartney asks Katie if she talked to Blake before the show and she explains that they have.

For their one-on-one date, Katie takes Blake horseback riding. Blake confesses that he’s afraid of horses, but he manages to just enjoy his time with Katie.

During the dinner portion of their date, Katie and Blake bond about what they have in common. Blake asks Katie how she became to be such a confident and sex-positive person and she recounts the story of her sexual assault.

Blake expresses his support for Katie and that he never wants to make her feel unsafe with him.

After more conversation, Katie is happy that she let Blake join the show and she gives him the rose. They then get a private concert from Laine Hardy and enjoy the evening dancing.

Also, Katie says “I could see myself walking away with Blake at the end of this.”

The Bachelorette season 17 episode 5 recap continues with the group date!

For this group date, everyone except Andrew S. and Blake are on the date. Katie brings out Bachelor legend Wells Adams and Franco Lacosta to host the Bachelorette Bash Ball Battle. They explain that the guys will be split into 2 teams, and the winning team gets more time with Katie.

The game is a mix of rugby and basketball, so it is bound to get physical. Hunter in particular, is very aggressive with his tackles.

One tackle after another, Hunter takes guys down and eventually things go too far. Michael A is about to take a shot when Hunter slams him from behind.

Laying on the ground, medics surround Michael A. but after a few minutes he is alright. Katie then stops the game and says both teams get to finish the group date with her.

Katie spends the rest of the night bonding with the guys. Connor B. sings a really sweet song that makes Katie tear-up. Also, Hunter shows Katie pictures of his kids and confesses that he doesn’t usually introduce them to women but he wants Katie to meet them.

Hunter first mentioned his kids in the group date with Nick Viall in episode 3.

Michael A. tells the guys that he is widowed and that yesterday was his late-wife’s birthday. Teary-eyed the guys support Michael and reflect on life. Inspired by Michael’s story, Greg Grippo realizes that he’s falling in love with Katie.

At the end of the night, Katie gives the group date rose to Hunter. The other guys are not happy because they are annoyed with Hunter’s cocky attitude.

For the last one-on-one date of the episode, Katie Thurston takes Andrew S. They go on a romantic walk in the woods. A huge tree is decorated with twinkling lights and envelopes with different activities and conversation topics.

They bond more over what they’ve learned from their parents’ relationships, but Andrew is also ready for deeper conversations.

Andrew opens up to Katie about growing up with an absent father and how he now wants to be a really supportive father for his own kids. He also brings up the topic of race and how he’s been in a relationship with someone concerned about having mixed-race children.

Katie shares that she will love and protect her children no matter what, so that is not a concern of hers.

The date really brings Andrew and Katie closer together, and the night ends with them drinking champagne in a hot tub. Katie also gives Andrew her rose.

Heading into tonight’s rose ceremony, the guys are tense. They are worrying about getting time with Katie and resentful of Blake for already having a rose.

Also, Hunter takes individual time with Katie to drink champagne and stargaze, even though he already has a rose. James is upset so he goes to steal Katie from Hunter, but Hunter says no.

After a few minutes, James asks again to see Katie and Hunter allows it but also vows to get that time back. The tension between Hunter and James grows and more guys voice their frustration with Hunter for taking extra time.

The Bachelorette starts the rose ceremony thanking the guys for showing up for her, and emphasizes how seriously she is taking this process.

After the rose ceremony, Aaron begins a toast but Hunter cuts him off and makes his own toast. 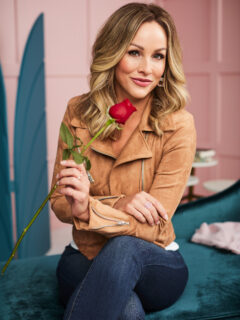 Previous
Clare Crawley Opens Up About Implants and Health Issues 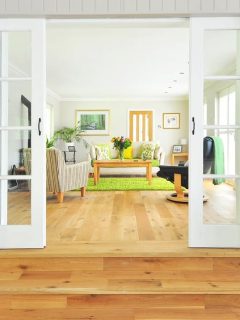 Next
Five Reasons You Should Ditch the City Life and Move to the Suburbs
Click here to cancel reply.