As Katie Thurston’s journey for love continues, so does the drama! This week has everything from Katie in a wedding dress to queens from RuPaul’s Drag Race All-Stars! There will be spoilers ahead in this The Bachelorette season 17 episode 6 recap!

Here is the scoop on The Bachelorette season 17 episode 6 recap!

The Bachelorette star Katie Thurston sits down with co-hosts Tayshia Adams and Kaitlyn Bristowe to talk about the guys. Katie thanks Tayshia for introducing her to Blake because she really likes their connection.

She also comments on how attractive the guys are and says she wants them to try refraining from…um…pleasuring themselves. Kaitlyn then walks into the guys’ house and tells that they are going to have start a WOWO (week off w****** o**). The guys laugh nervously, but are willing to try for Katie!

Kaitlyn leaves the guys with the challenge and a date card for Justin.

Meanwhile, Hunter and Greg Grippo are talking and Hunter mentions that Greg may get another one on one date, since he got the first one. Hunter also says that he thinks Katie’s picked her top 4 guys already. He thinks it will include himself, Connor, and Greg.

After hearing this, other guys in the house grow more suspicious of Hunter’s intentions since he seems to know a lot about the show.

Moving on with The Bachelorette season 17 episode 6 recap, it’s time for a date! For her one on one date with Justin, Katie takes him to a wedding. Not just any wedding, their wedding. Franco Lacosta helps them write vows and get ready to say “I do.”

Katie dons a wedding dress and veil, Justin wears a suit, and she walks down the aisle to meet him at the altar. Reading his vows, Justin promises to protect Katie’s heart and Katie makes a sweet art analogy about their love.

After getting “married” then enjoy a wedding photo shoot and cake!

Back at the house, a group date card arrives for Blake, Andrew, Michael A., Greg, Aaron, Mike P., Brendan, James, Tre, and Hunter. This means that Connor will get a one on one date with Katie.

Continuing Katie and Justin’s date, she shares that weddings can be a difficult topic for her. Since her father passed away, he is not around to walk her down the aisle.

She also reveals that before her dad passed away, she learned he’s not her biological father. Actually, her birth father wants to form a relationship with her now. It is difficult for her to have a father/daughter relationship with someone other than the man who raised her.

Justin comforts her and she gives him the one on one rose. They then enjoy an intimate concert from MAX and they dance the night away.

RuPaul’s Drag Race All-Stars winners Shea Couleé and Monét X Change join the group date to see which guys are the best for Katie. The group date is a debate between the guys about who is a good match for Katie and the guys are excited.

When preparing for the debate, Shea Couleé asks Hunter if he is in love with Katie. Hunter says that he is not in a place to confidently answer that yet. He also knows that the guys will roast him in particular.

The Great Royal Debate begins and the guys start out being incredibly nice. Eventually, Shea Couleé asks the guys who is the least compatible with Katie and they say Hunter. Someone brings up Hunter’s top 4 list, and the floodgates open.

Hunter then says he is falling in love with Katie, but Tre brings up that he answered differently when asked the question beforehand. At the end of the debate, Hunter simply tells Katie how much he cares for her, and the awkward Great Royal Debate is over.

Going into the cocktail party, Katie admits she is not worried about what the guys said about Hunter. Greg tells Katie that he’s falling for her and Katie tells him the same.

After talking with James, Tre, and Aaron, Katie begins to worry more about Hunter. She talks to him about her concerns and he defends himself, but she’s still unsure.

Taking a moment for herself, Katie goes to the restroom and is sick. She returns to the guys and calls off the night. Nobody gets the group date rose.

Connor’s One on One Date

heading into this date, Connor is very excited. Katie is hoping to get a better physical connection with Connor. The date is actually a double date with Kaitlyn Bristowe and her fiancé Jason Tartick.

The couples play volleyball and enjoy a relaxing barbecue. Katie still seems hesitant about Connor and wants to have one magical kiss with him to determine their connection. After enjoying the afternoon they finally share a kiss.

This is where The Bachelorette season 17 episode 6 recap takes a turn. While Connor is getting ready, he talks about how much he cares for her and that he sees himself felling in love with her. Katie knocks on his hotel room door in tears. She struggles to find her words and he tells her, “It’s okay, I know where this is going, just breathe.”

She explains that there was something missing in their kiss from earlier. Tearful, Connor says it’s alright and that his time was worth it because he got to meet her.

Connor says goodbye to the guys and they all show him their love, Tre in particular is very upset to see his friend leave.

After sending Connor home, Katie is really struggling. She knows Connor is an amazing guy, but she knows they simply are not meant to be. Then she hears music coming in her music.

Going out to her balcony, she sees Blake doing a Say Anything, holding up a radio blasting music. He’s playing the song “Memorize You” which they danced to on their one on one date last week.

Blake shares that after seeing Connor say goodbye, he wanted to come cheer up Katie. After drying her tears and cheering her up, Katie and Blake both realize they are starting to fall for one another.

The Bachelorette season 17 episode 6 recap makes another turn! Now, Katie is eager to focus on finding love and move past the drama.

Beginning the rose ceremony, Katie calls Hunter’s name and asks him to step outside. The guys mention that she has a rose in her hand when she steps outside with Hunter. She tells him she’s looking for clarity, and after speaking with Hunter they both return to the ceremony. 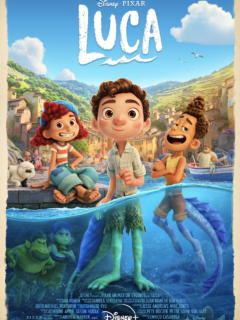 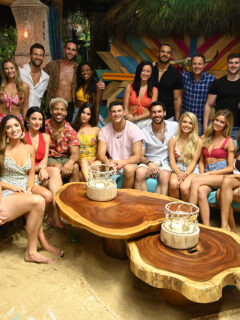 Next
Top 20 Craziest Moments From Bachelor in Paradise
Click here to cancel reply.