While Matt did not allow Heather to stay on the show because he already had other strong relationships, he and Heather may have another chance.

Thanks to insight from E! News, here is the scoop on Heather Martin and Matt James’ relationship!

Ever since Heather Martin was cut out of The Women Tell All episode of this season, fans have been speculating that she and Matt James are dating. So what is the current state of their relationship? Heather addresses the question in the latest episode of The Ben and Ashley I Almost Famous Podcast.

Fans also suspected the two were dating when they both posted on social media from San Clemente, California. However, Heather addresses this too. Some fans may be disappointed to learn it is just a coincidence.

Martin says, “I mean, San Clemente is like 30 minutes from me. My best girlfriend lives there. So, I’m in San Clemente all the time. I guess he was there, too.”

As for her being cut from The Women Tell All, Heather does not say much about it. She says, “I don’t know, guys. I don’t know what I’m allowed to say these days.”

Will Heather Come Back to Bachelor Nation?

While her time on Matt James’ season of The Bachelor is short, Heather Martin made quite an impression with the other women in the house. The other contestants were very frustrated with Heather’s arrival and voiced their opinions.

So how does Heather feel about how the other women treated her? She says, “I have no, like, bad feelings about the girls now. I understood where they were coming from, and, like, I understood they were frustrated…I was really sad and shocked about the reaction. But no, I have no ill will towards the girls or any, like, negative feelings. I understood it.”

Also, some fans want to see Heather return for Bachelor in Paradise, but it may not happen. Heather says, “I don’t think that’s the show for me for multiple different reasons. She continued, “Yeah, I don’t think so.”

Would you want to see Heather return for the new season of Bachelor in Paradise? Comment below!

Get ready for Bachelor in Paradise with all the right products! Show off your love with stickers, coloring books, t-shirts, wine glasses, candles, and even a John Paul Jones mug! 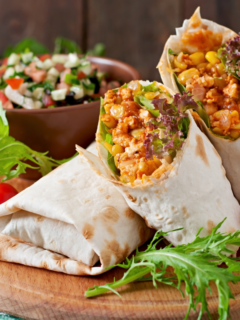