Peaky Blinders is a six-season Netflix drama surrounding a notorious family-run gang that takes place in the early 1900s in England. Throughout the show, viewers get to know the Shelby family and see the tough decisions their leader, Tommy Shelby, faces in the midst of war, violence, and economic uncertainty.

Here’s the scoop on the best quotes from Peaky Blinders!

1. “Do you know it was a fine speech you made in there, about this company believing in equal rights for women. But when it comes to it, you don’t listen to a word we say.” -Polly

5. “Did you know that madness sets you free?” -Tatiana

6. “You are stepping into a world you don’t understand.” -Tommy

7. “I’ve never seen you read the paper. I’ve only seen you light fires with them.” -Ada

8. “There’s only one thing that can blind a man as smart as you Tommy. Love.” -Pol

11. “People are loyal to those who pay their wages.” -Tommy

12. “I’ve thought about it. Made a decision. I ain’t f*cking going nowhere.” -Arthur

17. “My initials on your backside. That’s quite an image.” -Tommy

18. “You know, there are days when I hear about the cuttings and the beatings that I really wish I’d let you take that bullet in France.” -Freddie

21. “What makes you think I would’ve gone to bed with you after one whiskey and some conversation?” -Grace

24. “Until this business is settled, we stay together.” -Tommy

30. “I know you like to be asked properly. Grace, can I have this dance?” -Tommy

32. “I’m back. And there’s gonna be nobody dipping their hand with me here, not unless they want it cut off.” -Polly

38. “What I didn’t understand until today is when you’re dead already…you’re free.” -Polly

39. “I swear to God, if I spend another day in that village, I’m going to blow it up with dynamite. Probably blow my hands off with it, but it will be worth it.” -Michael

40. “You know, gentlemen, there is hell and there is another place below hell. I will remember everything. And forget nothing.” -Tommy

43. “No society party in London is complete without a gangster for the girls to go giddy for.” -Ada

48. “Me and Arthur can’t write it down… ‘cause they haven’t invented the f*cking words.” -Tommy

49. “This family does everything open.” – Polly

51. “I know there’s business on your mind. And I know there always will be.” -Grace

52. “No fraternizing with the foreigners.” -Arthur

55. “And who’s the father, have you managed to narrow it down?” -Linda

58. “If you’ve come to talk about redemption, you’re talking to the wrong person.” -Lizzie

60. “My aunt only employs the best whores.” -Tatiana

63. “I already know who the father is. But we’ve had enough shocks for one day.” -Polly

64. “I’m Arthur. You’ve already met me. I used to throw you out the window so John could catch you.” -Arthur

67. “When I was Michael’s age, I’d killed a hundred men and seen a thousand die.” -John

69. “God damn you for soiling your uniforms!” -Campbell

70. “Sorry, I misunderstood your intention when you pushed me against the wall.” -Polly

71. “These new coppers over from Belfast, breaking into our homes and interfering with our women. We don’t think our king would want to see that happening. So we’re lighting fires to raise the alarm.” – Tommy

75. “After 35 years dealing with animals like you, I can tell by sniffing the air whether or not you’re lying.” – Campbell

76. “No Catholic girl would enter a church and forget to make the sign of a cross.” – Tommy

77. “Soon you’re going to have to start being the man with the answers.” -Polly

79. “I could never understand… why people like us only had bread and f*cking lard. And I wanted to be different. That’s what I wanted.” -Tommy

81. “Her name is Charlotte, and Michael cannot breathe if he does not talk to her every two hours.” -Polly

83. “In Ireland, my singing made them cry and stopped them from fighting.” – Grace

84. “I have already betrothed you. So if you back out now, there’s gonna be one f*cking mighty war breaking out here that’s gonna make the Somme look like a f*cking tea party.” -Tommy

85. “I don’t want a conversation. I want an address. Until I have that, haven’t got anything to say.” -Polly

86. “The only difference between you and me Freddie, is that sometimes, my horses stand a chance of winning.” -Tommy

87. “I was dead in the noose and then I was saved, so everything from now on is extra.” -Polly

89. “We live somewhere between life and death, waiting to move on. And in the end, we accept it. We shake hands with devils, and we walk past them.” -Polly

91. “I’m gonna get better slowly. But you need to get better fast.” -Michael

98. “Men don’t have the strategic intelligence to conduct war between families.” -Polly 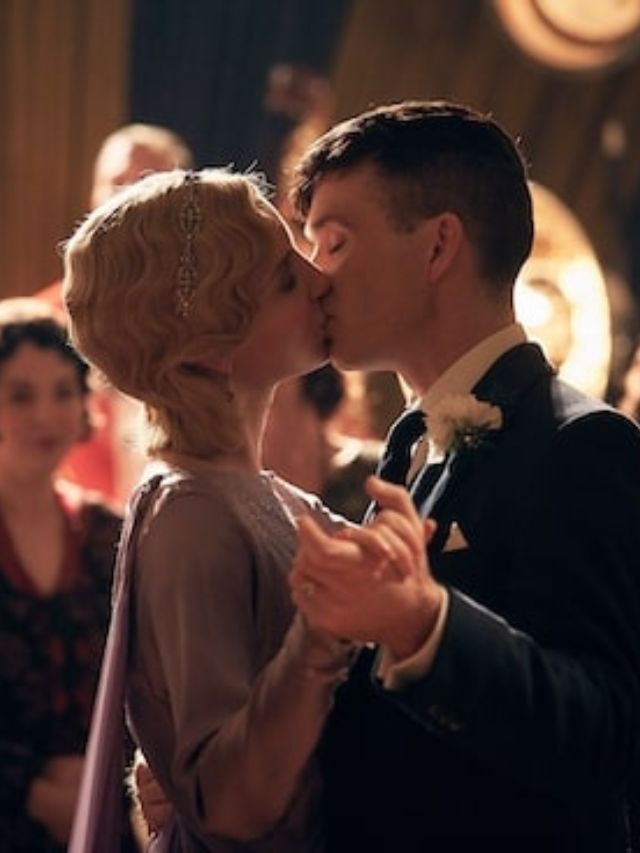 Hope you enjoyed these quotes from Peaky Blinders!

For the scoop on other Netflix shows, check out: