I had a quick weekend trip to LA and I seriously had the very best time.  I was invited by Warner Bros. Pictures to screen  “The Legend of Tarzan”.  I am obsessed with movies and love any chance I get to watch and review them.  But, this time that’s not all I did.  I joined a group of bloggers and participated in an interview with Alexander Skarsgard, Margot Robbie and later we interviewed director, David Yates. You can read David’s interview here. 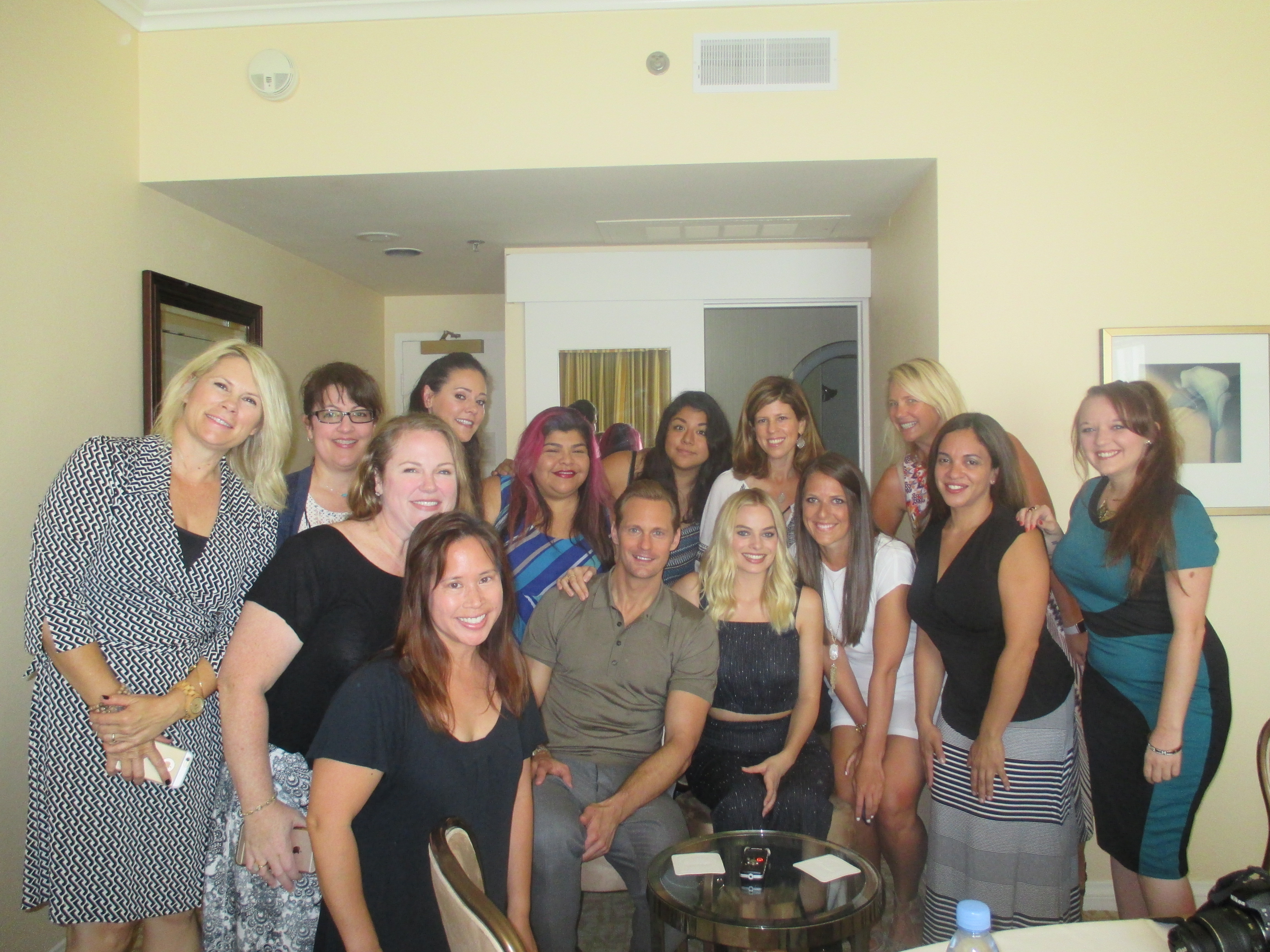 “The Legend of Tarzan,” stars Alexander Skarsgård (HBO’s “True Blood”) as the legendary character created by Edgar Rice Burroughs.  His love interest in the movie is the fiercely independent Jane, played by Margot Robbie (“The Wolf of Wall Street”).

Here is a little background information about the movie before we get to the interviews.

It has been years since the man once known as Tarzan (Skarsgård) left the jungles of Africa behind for a gentrified life as John Clayton III, Lord Greystoke, with his beloved wife, Jane (Robbie) at his side. Now, he has been invited back to the Congo to serve as a trade emissary of Parliament, unaware that he is a pawn in a deadly convergence of greed and revenge, masterminded by the Belgian, Captain Leon Rom (Waltz). But those behind the murderous plot have no idea what they are about to unleash.

I screened the movie the night before the interview.  Let’s just say after watching the movie I was even more excited (if that is even possible) to interview Alexander Skarsgard and Margot Robbie. 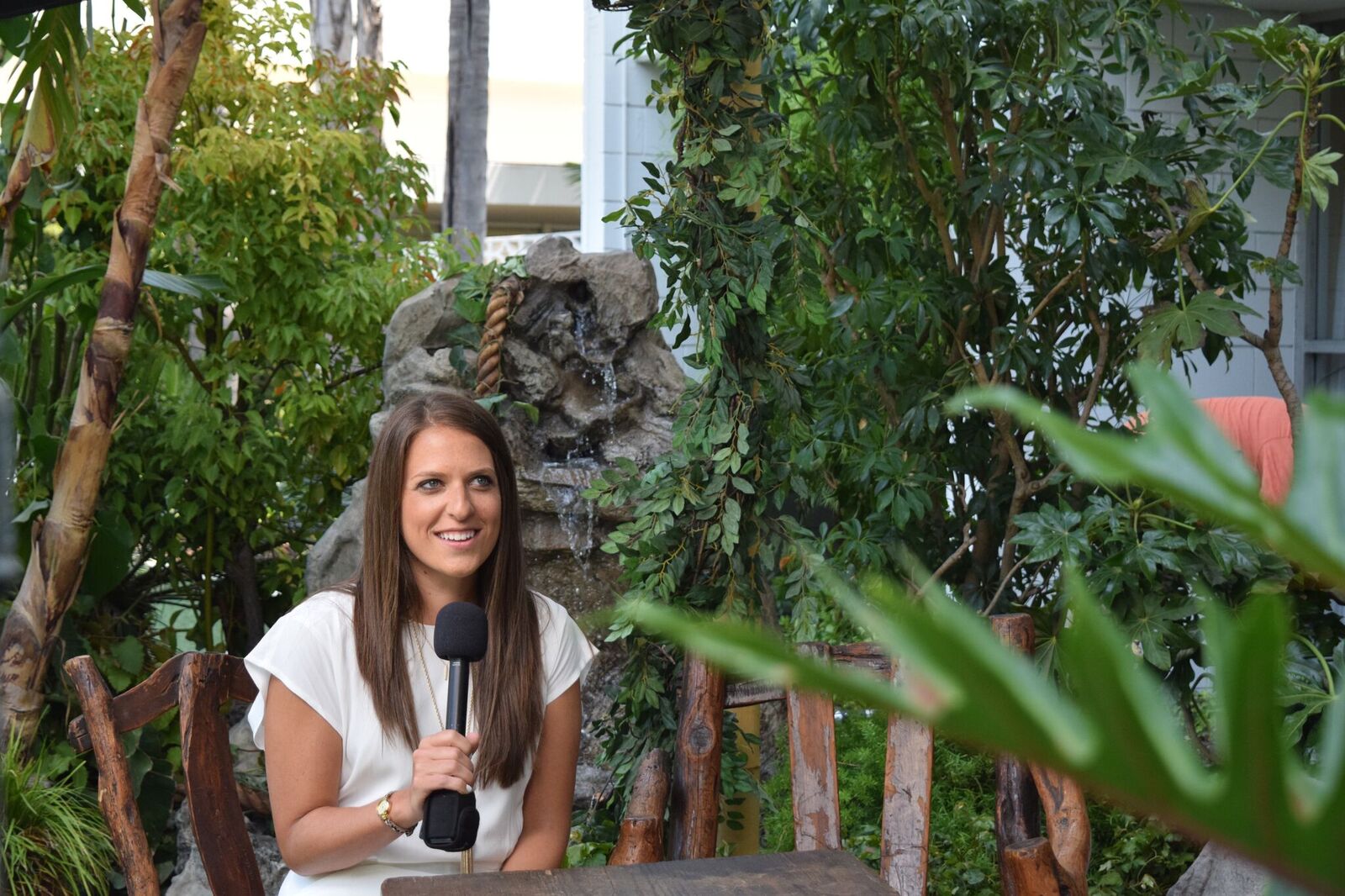 When Margot and Alexander first entered the room they put me right ease.  I was a little nervous being in a room with these talented actors, but they walked in laughing and joking with us.  They started by telling a few stories to break the ice and then got right into questions about “The Legend of Tarzan”. 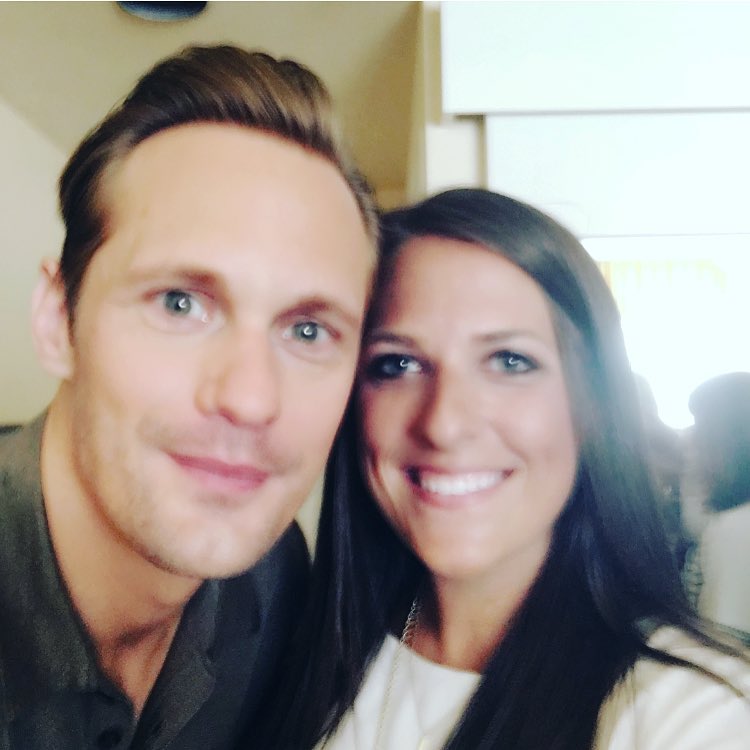 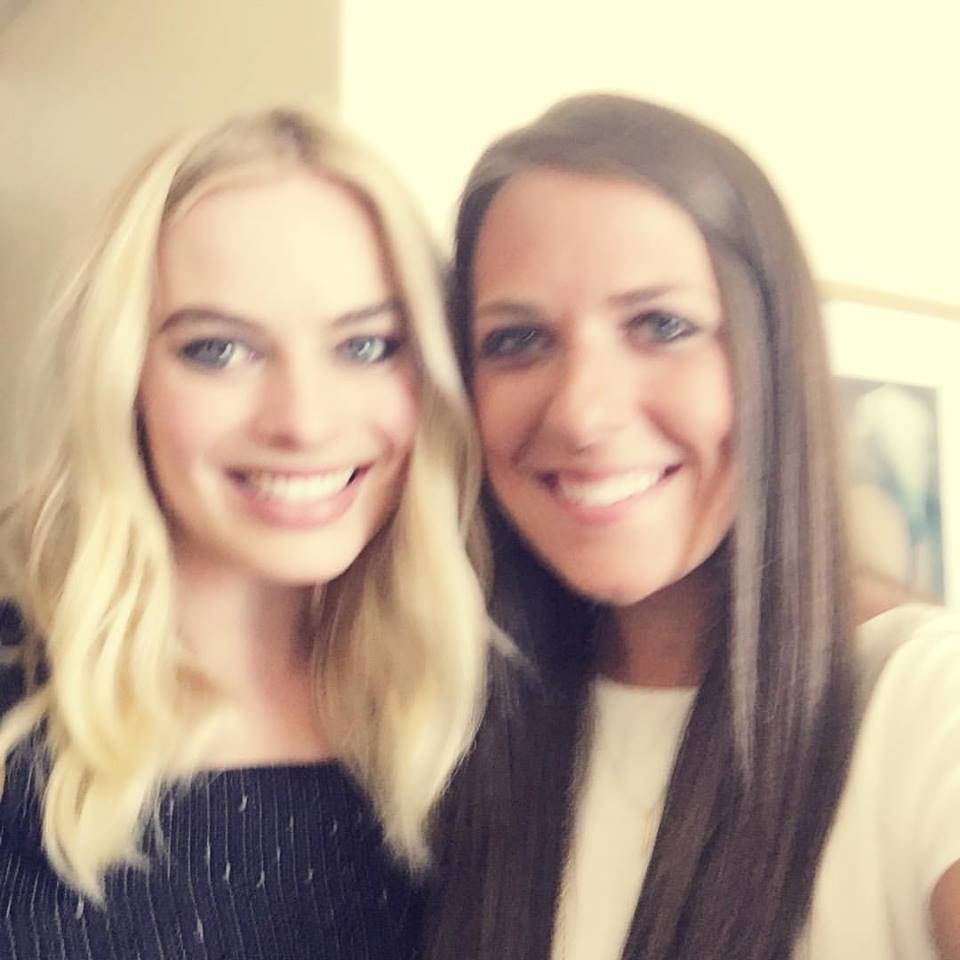 How was it for you both recreating, creating a brand new story from a classic tale that everybody knows already?

Alexander Skarsgard:  Well, I think you kind of have to.  It’s because it’s such an iconic character and–or both Tarzan and Jane are iconic characters, and it’s such a well-known story that I think it’s been told over 100 times on film and, obviously, all the novels.  And so, I was really excited when I heard that Warner Brothers were planning on making the Tarzan movie because I was a fan growing up.

But, it also, obviously, made me thing, like, well, what’s the approach?  How is it going to be different, you know, because you can’t just, like, remake a movie that’s been made 100 times?  And I just think Adam Cozad, who wrote it, came up with such a brilliant take on it.  I love the idea that it opens–it’s a surprising introduction to these characters because you kind of expect the loincloth, the, “Me Tarzan, you Jane.”

And instead, it’s this very sophisticated couple in Victorian London.  And I thought it was really interesting and very smart.  And kind of the trajectory of the story is the opposite of the old novels or the old movies.  It’s not, you know, the wild man, like, finding his way into civilization.  It’s someone who’s already acclimated to that and then is forced to go back and kind of reconnect with his roots and with his inner animal in a way, which I thought was quite interesting to play.

It was really a really physical role.  How did you prepare for that? (Side note: if you like watching really attractive men with majorly defined abs you’re going to love this movie. 😉 ). 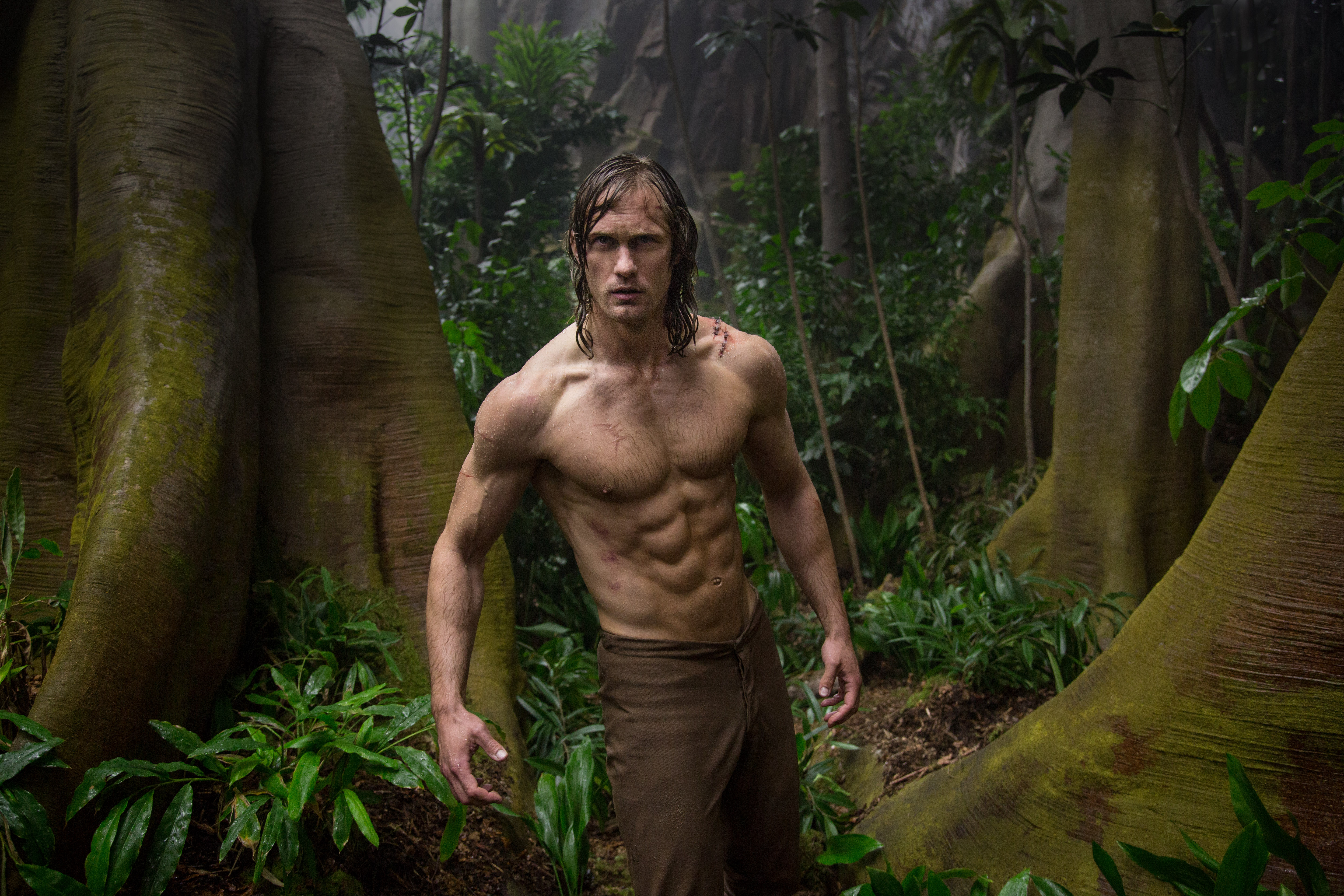 Alexander Skarsgard:  It’s kind of different–well, phase one was to kind–I wanted to put on some weight.  I was out in L.A. wrapping up True Blood.  For the first three months, it was just I ate a lot, and I lifted weights.  The idea wasn’t just to get big.  But, I wanted to put on some weight, but also, it was important that, in the movie, he doesn’t look like a bodybuilder.

It was important that when he returns to the jungle and he’s back in his natural habitat, you have to feel that he is born and raised there, that it’s natural.  And it–so, it was–to have–to work on agility and be nimble and flexible.  Once we got to London about six or seven weeks before starting the movie, they cut down the portions a lot to very small meals.  And it was more cardio-based workout.

It was much more than just eating chicken breast and lifting weights because, again, I didn’t want to get too big –animals don’t have muscles that don’t serve a purpose because it’s stupid in the wild because that means they need energy.  And that means you have to hunt more.  It’s all about efficiency in Mother Nature, obviously.  So, the idea behind it was everything has to be there for a reason.

In the movie Jane’s character is super independent and extremely smart.  I loved the way she was portrayed into a strong woman who was still extremely in love. Can you (Margot) talk about sort of developing that character and what your favorite parts of being her was? 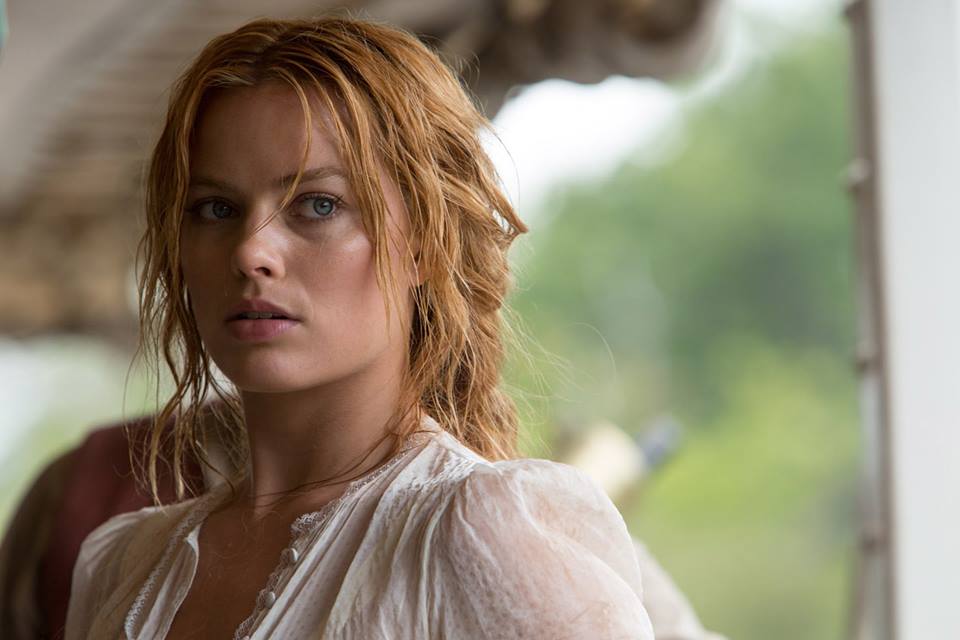 Margot Robbie:  Yes.  I mean, it was something we spoke about–so, David Yates, the Director, and I, our initial conversations were very much on, like, okay, how do we make this Jane relate able to a contemporary audience?  How do we make her feel a bit more real and someone I can connect to because I’m not going to sit there and just be like, “He’ll come for me.  It’ll be great.”  It just seems stupid.

If she’s really that intelligent, she’d be problem solving the whole time.  So, even in scenes where the focus isn’t meant to be on her and there’s other things happening.  It worked for the intentions that she’s just always actively trying to get out of the situation as opposed to waiting for someone to come save her.

We spoke a lot about making her very independent and very capable.  I think both of them are very capable when they’re apart, which they are apart for a lot of the movie.  But, we also spent a lot of time talking about how to make them very dependent on each other because, at the heart of it, to me, it’s very much a love story.  And if you don’t invest in that, then you don’t really invest in the outcome of the movie.

So, I didn’t want to downplay the love aspect, but also did want to make sure that she was very capable and defiant and intelligent.

The effects in this movie are insanely amazing.  Although, they didn’t use real animals these animals look so real! Can you talk a little bit about what the most challenging parts of your roles are, especially acting against the green screen and not with real animals? 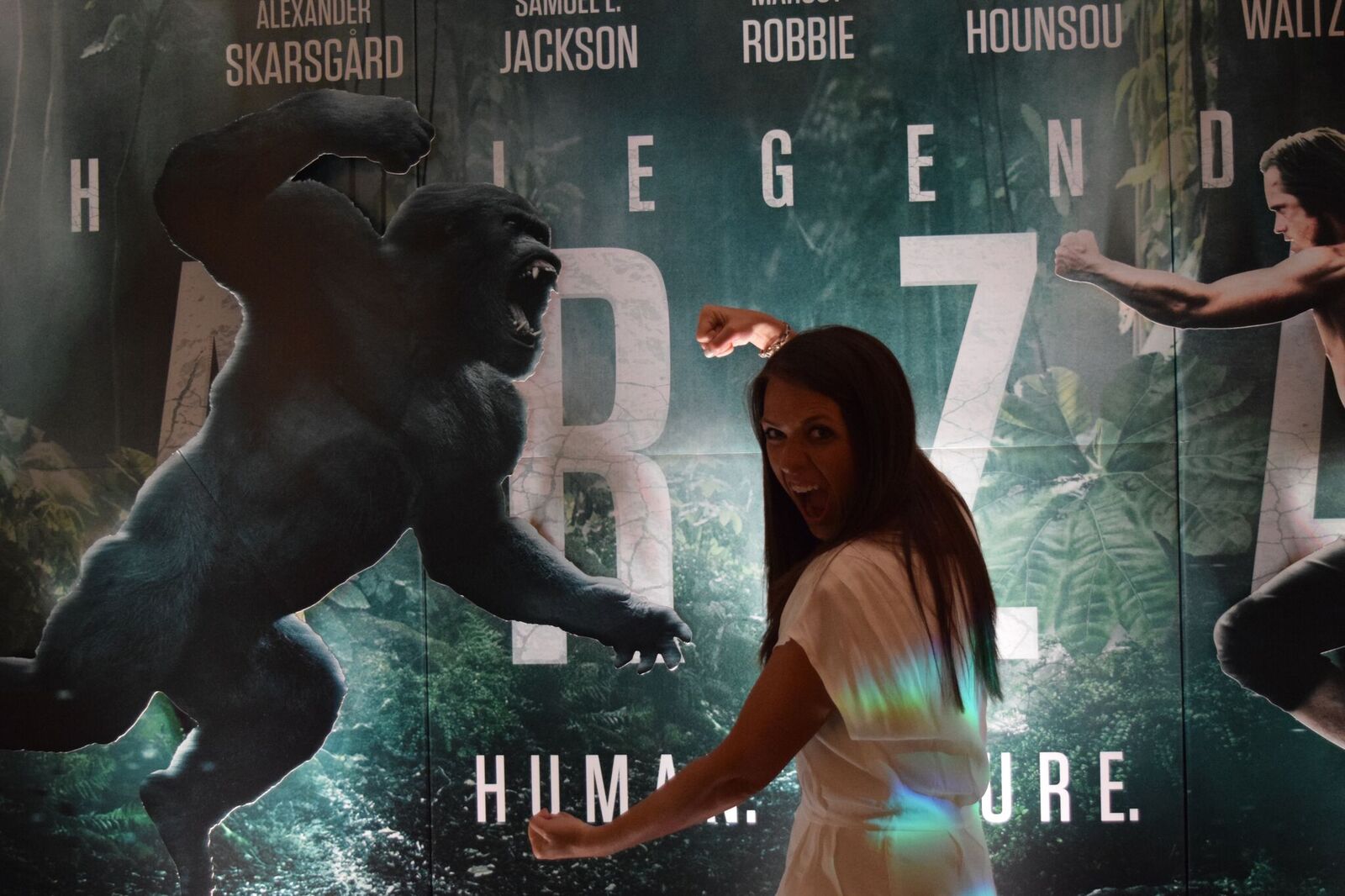 Margot Robbie:  Yes.  That was a strange one.  Alex had to interact more with invisible animals than I did.  And I got to kind of like stand back and giggle to myself as he nuzzled with a stunt guy pretending to be a lion.  (I’m thinking) This is like the most ridiculous thing I’ve ever seen.

Alexander Skarsgard:  Yes. (They both laugh).

Margot Robbie:  I hadn’t done that much green screen sort of CGI interactive acting before.  And it’s definitely weird. I was always trying to keep all the reactions real and stuff like that.  Then when I saw the movie and saw them put in the explosions or whatever, I was kind of like, “I wish I did my reactions a little bit bigger,” because that looks so impressive onscreen.  It’s hard to get a grasp of that in person.  It’s just a weird new experience.

But, it was really cool.  But, yes, you had to do more than I did.  (Margot turns the conversation to Alex).

Alexander Skarsgard:  The day he filmed the lion scene: So, that was a very interesting day because the cubs I (Tarzan) grew up with because that guy is a guy.  His name’s Ace, is like 25-year-old gangster from South London, super cool guy, shows up in a gray pajamas on set.  And we shake hands.

And then they’d call action.  We’d go down on all fours, and we’d just start rubbing with Sam [Samuel L. Jackson] and Margot in the background like, “He’s known her since she was a cub.” (LOL we all could not stop laughing, but hey I would say Ace, from South London had a pretty good gig, rubbing up with Alexander Skarsgard 😉 ).

Margot Robbie:  We were absolutely dying with laughter.  So, funny.

Margot and Alexander were such a joy to interview and I highly recommend you go check out “The Legend of Tarzan” in theaters this Friday, July 1, 2016.

My personal review: I really enjoyed the movie. It was so much deeper than just animals running through the woods and a realllllly hott shirtless guy. 😉 I thought it was the perfect mix of action, romance, humor and life lessons.  Each character had such diverse personality traits and the chemistry from the actors was so real.  I loved the independent, funny and likable Jane.  Of course, Tarzan was portrayed perfectly as what I would have expected, honestly even better.  And Samuel L. Jackson’s role added just the right touch of reality to a somewhat unrealistic situation.

I think the effects were what I was most impressed about, it was insane how real everything seemed.  I think this is a movie that relates to a variety of genres which is hard to do.

So overall, my final words: I’d highly recommend seeing “The Legend of Tarzan.”

Disclosure: I was invited on a press trip to screen The Legend of Tarzan and interview the stars of the movie.

[…] when Jane gets kidnapped in an attempt to lure Tarzan in before handing him over to an old enemy. While speaking with Sarah Scoop, Robbie revealed that there very much was a conscious effort on her part and director David to make Jane appeal to a […]

[…] when Jane gets kidnapped in an attempt to lure Tarzan in before handing him over to an old enemy. While speaking with Sarah Scoop, Robbie revealed that there very much was a conscious effort on her part and director David to make Jane appeal to a […]