The Scoop On Disney Pixar’s “Luca”

Director Enrico Casarosa and producer Andrea Warren met for a Q&A to discuss their upcoming Disney Pixar animated film “Luca” and I’ve got the scoop!

In this coming of age story, teenagers Luca and Alberto step out of their comfort zone to have the best summer ever. However, they must hide that they are secretly sea monsters.

Animating The World Of “Luca”

From “Finding Nemo” to “Luca,” Pixar is no stranger when it comes to animating water. With the advancements in animation since “Finding Nemo,” Casarosa discussed how the technology has improved over time. “The tools of the trade are getting better and better at capturing realism,” said Casarosa. Instead of going for realism, Casarosa wanted the film’s animation to reflect “stylization, beautiful shades and lyricism.”

Casarosa opted for a stylized approach over realism to emphasize emotional impact. When animating the water, Casarosa asked himself “how does this support an emotional moment?” Since “Luca” is a story of self-discovery for the titular character, Casarosa wanted the presence of water in emotional scenes to carry a deeper meaning.

“So much of this movie is about a kid experiencing things for the first time, and I wanted a sense of the light and wonder to really be part of this movie,” said Casarosa.

To capture the coasts of Italy, Warren stressed that the animators had to avoid making the water and setting look tropical. “We wanted to make the audience feel like they went to Italy,” says Warren.

“Luca” is set in the fictional seaside town of Portorosso on the Italian Riviera. Despite taking place during the late 1950s, Casarosa intends for the film to feel “timeless.”

Casarosa chose the 1950s setting because of his love for the period. “Part of it is just my love of that golden era of film and cinema in Italy,” said Casarosa. “I love the music in all these coming-of-age stories of summer. Music is a huge, huge part of a movie. I just love the music of the 50s and 60s in Italy.” The director also cited vehicles like old Vespas and bicycle carts for aesthetic inspiration.

Since Casarosa was born and raised in Genoa, Italy, he was inspired by his hometown when creating Portorosso. Citing dialect, street signs, and food, Casarosa wants the film to feel as authentic to his experience as possible.

“We want to take people in an authentic way to a place,” said Casarosa. “I think the more you’re far away from your roots, the more you appreciate them, and honestly, making films has really become my way to embrace my roots as much as possible.”

Upon releasing the first trailer for “Luca,” many social media users speculated that Luca and Alberto were in a queer relationship. Casarosa dismissed these rumors. “I was really keen to talk about a friendship before girlfriends and boyfriends come in to complicate things.”

The heart of “Luca” lies in the two boys’ friendship. Luca is more reserved, while Alberto thinks highly of himself and believes he knows everything about the human world (spoiler alert: he does not). Their dynamic is “that kind of friendship that is gonna push you into trouble, push you into change, push you into finding yourself,” said Casarosa.

Luca and Alberto’s friendship is inspired by Casarosa’s personal life. Alberto is based on the director’s best friend Alberto, now a fighter pilot and colonel. Casarosa joked that his friend told him he “better make me look good in this movie.”

Disney and Pixar’s original feature film “Luca” is a coming-of-age story about one young boy experiencing an unforgettable summer filled with gelato, pasta and endless scooter rides. Luca shares these adventures with his newfound best friend, but all the fun is threatened by a deeply-held secret: they are sea monsters from another world just below the water’s surface. 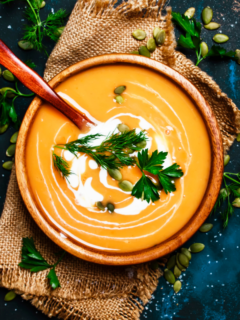 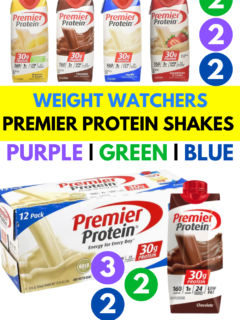