Producer Brad Rau, Head Writer Jennifer Corbett, and voice of the Bad Batch Dee Bradley Baker met for a Q&A to discuss the upcoming “Star Wars: The Bad Batch” series. I have the scoop on the latest entry in the Star Wars universe. 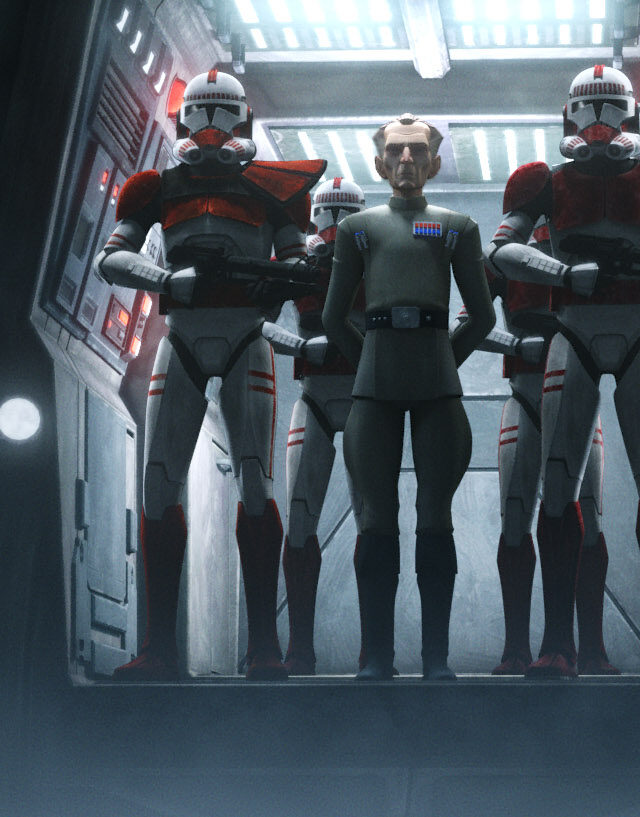 The Scoop on “Star Wars: The Bad Batch”
View all stories

Favorite Members of the Bad Batch

The five members of the Bad Batch, also known as Clone Force 99, are Hunter, Wrecker, Tech, Crosshair, and Echo. When asked who their favorite member was, Rau and Corbett couldn’t decide. While Baker likes them all, he revealed that he has the most fun voicing Wrecker.

“It’s fun to be Wrecker because he’s so honest and so clear and funny, but I have great affection for all of them. They are all interesting fellows,” says Baker.

Corbett previously worked with Filoni on “Resistance.” Working with Filoni is “a master class in writing Star Wars,” says Corbett. “This being a sequel series of sorts to ‘The Clone Wars,’ it was crucial that he be involved in this process because these are characters he has created.”

“I couldn’t think of a better mentor, especially for Star Wars,” says Rau.

The State of the Galaxy

“This time period is one of the reasons I got so excited about this show, other than this oddball group of characters,” says Corbett. She discussed how fascinating she finds the setting of the series, where the galaxy is making a fast transition from the Republic to the Galactic Empire.

“What happens after the war is over? What happens to all these clones who all they know is being soldiers?” asks Corbett. “Especially for the Bad Batch, who do things differently with the Republic, and how they fit in once it becomes the Empire.”

When first introduced in “The Clone Wars,” the Bad Batch were secondary characters to the Jedi and other clones. Now at the forefront of their new series, they have more room to develop.

Rau discussed the importance of having the series be “emotionally charged” while still maintaining all the action. “It gives the action a lot more texture,” says Rau.

“It helps that we are coming into characters that are familiar, yet we don’t know much about them,” says Rau.

One Man, Many Clones

Baker discussed the process of voicing each member of the Bad Batch and the other clone troopers. Baker has less freedom when voicing normal clone troopers. The differences between them are “tighter,” having to be more “decisive and clear.”

Voicing Clone Force 99 gives Baker more freedom. “The Bad Batch are much more further apart from each other, which oddly makes it easier to jump from character to character,” explains Baker.

“For me, it feels like I’m jumping from rock to rock on a stream. I can see the rock; the writing is clear. What I jump to is that character,” describes Baker.

When reading the scripts for the series, Baker reads straight through it, switching characters on the fly. “When we first started, I thought he was gonna go a character at a time. Just watching him act out a scene with himself, with all of these clones, I’m just amazed at Dee’s talent,” Corbett praises.

“The Bad Batch” carries over the same visual style from the final season of “The Clone Wars.” Since the series is a “spiritual successor” to “The Clone Wars,” Rau found it important to “honor the style and legacy” of the former series.

Besides being a screenwriter, Corbett is a U.S. Navy veteran. This experience helped her write the dynamic between the Bad Batch. “I understand how people in the military become like brothers and sisters very closely when sent on missions together and in close quarters.”

“The camaraderie and banter that comes with living with people so closely in high-stress situations” is something that Corbet wanted to convey in her writing.

About “Star Wars: The Bad Batch”

The series follows the elite and experimental clones of the Bad Batch (first introduced in “The Clone Wars”) as they find their way in a rapidly changing galaxy in the immediate aftermath of the Clone War. Members of Bad Batch – a unique squad of clones who vary genetically from their brothers in the Clone Army — each possess a singular exceptional skill that makes them extraordinarily effective soldiers and a formidable crew. In the post-Clone War era, they will take on daring mercenary missions as they struggle to stay afloat and find new purpose.

“Star Wars: The Bad Batch” premieres on May 4th on Disney+.