After 2016’s atrocity, it would seem wise to steer clear of any movie featuring the words “Suicide Squad” in the title. For those willing to take a chance, though, The Suicide Squad is a hell of a good time. 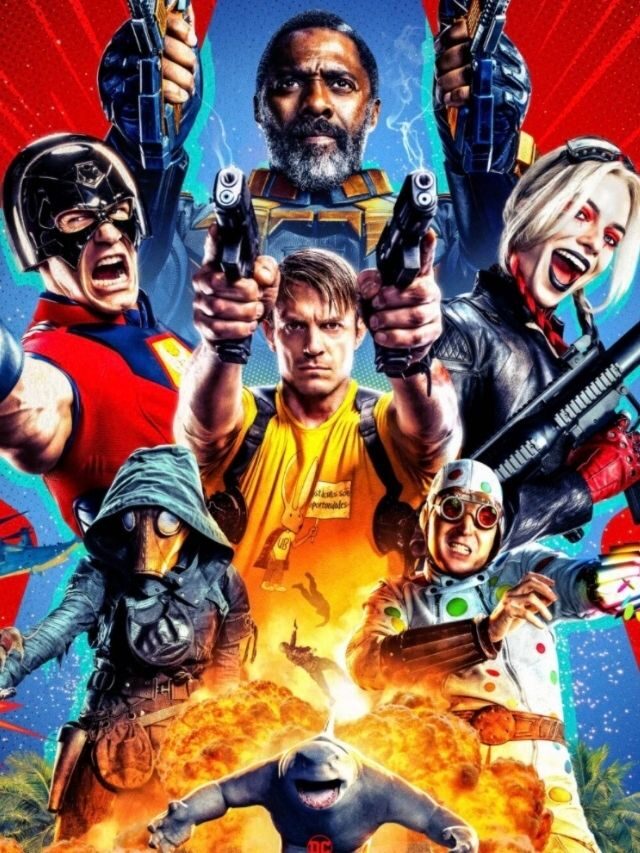 Where do you even begin when trying to reboot an utter failure of a movie? That was the task that the creatives at Warner Bros/the DCEU were stuck with. Their first move was to scrap most of the first movie. Besides a few actors reprising their roles and some returning producers, this new movie has a totally different crew.

Leading the Squad is writer/director, James Gunn. Best known for his work on Guardians of the Galaxy Vol 1. and Vol. 2., Gunn is no stranger to funny, kooky super-squad ensemble movies.

He proves that he is right at home, crafting a big, bold comic book movie for the ages. A vast improvement over the original movie, The Suicide Squad is as funny as it is bloody, wearing its R-rating like a badge of honor.

Continuing her shady project from the original movie, Amanda Waller (Viola Davis) is in charge of a rotating crew of criminals tasked to do her bidding. Joining Harley Quinn (Margot Robbie), Captain Boomerang (Jai Courtney) and Col. Rick Flag (Joel Kinnaman) are some truly despicable villains.

Among them are Bloodsport (Idris Elba), Peacemaker (John Cena), and King Shark (voiced by Sylvester Stallone). Known as Task Force X, this crew has been sent to the island of Corto Maltese to destroy a Nazi-era lab and prison center.

Perhaps unsurprisingly, the actors that return from the first movie prove that they were not at fault for what happened there.

Though still not given the screen time she deserves, Viola Davis is genuinely fantastic as Amanda Waller. She is so perfectly coldhearted and menacing that it makes you wonder if maybe the bad guys aren’t that bad after all.

Of course, Margot Robbie also shines as Harley Quinn. With this being her third movie in the pigtails, she knows Quinn inside and out and continues to portray her with ease.

Admittedly, just as in previous iterations, Quinn’s jokes do not always land. Despite that, Robbie delivers them with such fervor that it is impossible not to be won over by her.

Of the new Squad, John Cena is the clear standout. He proves once again that his best acting turns come in the form of comedic performances. Donning his Beacon of Freedom as Peacemaker, he is the poster boy for toxic nationalism. His ridiculous quips, devoid of any level of self-awareness, are some of the best lines in the movie.

On the opposite end of the spectrum, Idris Elba is excellent as Bloodsport. While not lacking in comedic moments, Elba’s biggest contribution is in the dramatic portions. The moments that he and Davis get to act alongside one another are some of the best in the movie.

Rounding out the team is David Dastmalchian as Polka-Dot Man, Daniela Melchior as Ratcatcher 2, and Sylvester Stallone as King Shark – one of the most lovable movie characters of the year.

Unlike the original movie, The Suicide Squad does a great job of establishing a consistent tone. Most of the movie is ramped up to eleven in every aspect. From the gore to the profanity to the sheer ridiculousness of some of the characters, Gunn and his team go all out in delivering what fans originally wanted out of a Suicide Squad movie.

Despite the extreme nature of the film, it is surprisingly heartfelt. There are some moments shared by the team that slow the movie down, in a good way. We are able to catch our breath, while getting to know the characters on a deeper level that does not feel forced, thus making the audience care about whether or not the Squad is able to complete their mission.

Another huge improvement is in the editing. The 2021 version is a much more cohesive film. Reaching a level of competency that 2016’s movie could only dream of allows it some room to find its own voice.

There are some fun tricks of editing used that give the film an extra boost of energy. Some of it in the way fight sequences are portrayed, often in the style used when certain characters show the extent of their strengths, and especially in a plethora of creative title cards.

The confidence on display is both reassuring and reinvigorating. Although the movie is not reinventing the wheel, it feels fresh in a way that is welcoming to all.

Between its cast – both old and new – and assured direction from behind the camera, The Suicide Squad breathes new life into a franchise that was on life support. James Gunn’s unique energy is met with a cast that is fully on the same wave length. Although it may be too in-your-face for some audiences, those who join the Squad will be met with a thoroughly enjoyable time at the movies.

It’s funny, it’s bloody, and it’s one of the Summer’s best!

Check Out More of Our Movie Reviews!