“Those Who Wish Me Dead” Fails to Catch Fire – Movie Review

It is easy to forget that before she started alternating between Maleficent and Kung Fu Panda movies, Angelina Jolie was one of Hollywood’s biggest stars. Although it’s watchable, Those Wish Me Dead will do little to remind you of that time.

When Connor, a young boy, witnesses a murder, he goes on the run from a pair of assassins trying to tie up his loose end. While running from them, Connor meets Hannah, a smoke jumper, in the woods. Still dealing with the trauma of being unable to save three people from a fire the year before, Hannah takes it upon herself to protect Connor. With the assassins hot on their trail and a deadly forest fire closing in, Hannah and Connor have to lean on each other in order to survive.

A Lot of Promise

Those Who Wish Me Dead has a lot going for it on paper. As previously mentioned, it stars Angelina Jolie. Alongside her are Nicholas Hoult, Jon Bernthal, and a dash of Tyler Perry. Behind the camera, is Taylor Sheridan, who also directed 2017’s underrated, Wind River. Sheridan also shares a screenplay credit with Charles Leavitt and Michael Koryta. Despite all of this talent, the film never lives up to its promise.

Although it is relatively simple, the plot is interesting enough to stay invested in. It is a cat and mouse chase, set in the backdrop of a forest fire. Sure, it’s not super complex, nor is it something we haven’t seen before. But it is a tried and true story. We have some heroes on the run and we have some villains who want to catch those heroes. It’s simple but it has stakes that do not take a lot of exposition to explain.

And it works! Well, not really. While watching Those Who Wish Me Dead, I was invested. I was not glued to my seat by any means but I was interested by where the story had gone and curious as to where it was going. So by that measure, it works. Where it begins to falter is basically as soon as the credits roll. The movie is a fun diversion but after it’s over, you realize that there was nothing special about it.

The acting was not nearly on the level that we expect from the performers based on previous works. The story, while interesting enough to stay invested, is not interesting enough to stand out in any sort of crowd filled with similar movies. Worst of all, the writing is like that of a TV or made-for-streaming movie. And I’m not talking about Roma or Marriage Story. More like Extraction or Spenser Confidential. That is to say, it is not laughably bad but it is some of the most generic, paint-by-numbers dialogue that I have heard from a major motion picture in quite some time.

Those Who Wish Me Dead is genuinely confounding. It hits all the right beats but in a way that is so obvious, so familiar, and so bland that it leaves a weird taste in your mouth at the end. In theory, you should be coming away feeling good. You just watched an Angelina Jolie comeback movie from the writer of Sicario and Hell or High Water, after all! But without end credits or basic facial recognition, there is no way one can differentiate this film from any other generic thriller. Being so forgettable that the memory begins to fade as soon as the end credits begin… a fate worse than simply being bad. 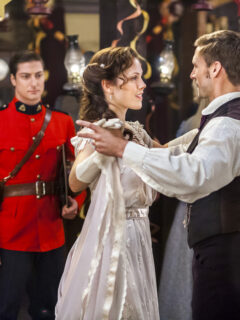 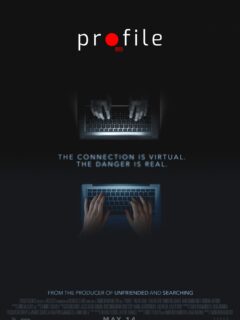 Next
“Profile” is Full of Tension - Movie Review
Click here to cancel reply.