Bachelor Nation fans have met lots of men over the years. After so many seasons of The Bachelorette, there have been some contestants that stole our hearts and some that have broken them! For this list we are looking at some of our favorite memorable men competing to win The Bachelorette‘s heart!

Don’t forget to also check out Top 10 Best Bachelor Contestants of All Time!

Here’s the scoop on the top 10 best contestants on The Bachelorette!

There are only a few couples from The Bachelorette that got engaged on the show and are now married. Chris Siegfried won the heart of Bachelorette Desiree Hartsock and the two are now an adorably happy couple who got married in 2015! The Bachelor franchise may not work for everyone, but couples like Chris and Desiree show us all that love is possible!

J.P. Rosenbaum competed on Ashley Hebert’s season of The Bachelorette and the two got married and had a family. While they recently separated, they still had many years together warming the hearts of Bachelor Nation everywhere.

Now that J.P. is single, do you think he could star on next season of The Bachelor?

Tyler Cameron is the runner-up from Hannah Brown’s season of The Bachelorette. While he and Hannah did not work out, Tyler is now a fan favorite. Some of Tyler’s best moments include comforting Hannah and speaking up against the season villain Luke P.

Cameron is also good friends with current bachelor Matt James, and he’s even appeared on the show to offer James advice.

Peter Kraus appeared on Rachel Lindsey’s season and the two became very close. He is charming, handsome, and sweet and Rachel clearly loved him. Peter was Rachel’s first one-on-one date and the two bonded over their tooth-gaps. How cute!

Unfortunately, as the season progressed things did not work out. Peter did not want to propose so his time on the show ended in one of Bachelorette history’s most emotional breakups.

Wells Adams is a Bachelor staple. Originally on JoJo Fletcher’s season of The Bachelorette, he later appeared on Bachelor in Paradise as a contestant and now as the bartender. Wells is sweet, cute, funny, and always up for adventure!

While he did not find love in Bachelor Nation, life is still going great for Wells. He’s currently engaged to actress Sarah Hyland from Modern Family!

Benn Higgins is one of the most loved Bachelorette contestants of all time. He competed on Kaitlyn Bristowe’s season but did not receive her final rose. Throughout the season, Ben’s sweet nature made him a fan-favorite and so he went on to become The Bachelor!

On his season he broke the unspoken rule of not saying, “I love you” when he told both JoJo and Lauren that he loves them. Ultimately, Ben and Lauren got engaged during the finale but later split.

Mike Johnson is another fan-favorite from Hannah Brown’s season of The Bachelorette. Mike is handsome, charming, sweet, and funny. He also has one of the best smiles in Bachelor Nation!

Mike is so popular he also returned for a season of Bachelor in Paradise. Fans have also been wanting to see Mike Johnson star as The Bachelor in a future season!

Zac Clark began as a contestant on Clare Crawley’s season of The Bachelorette. When Clare left the show with then fiance Dale Moss, the remaining men chose to either leave or take a chance on love with the incoming bachelorette.

Thankfully, Zac stayed and formed a strong bond with the new bachelorette Tayshia Adams. The two share undeniable chemistry and managed to fall in love and have fun all while filming during a pandemic. Maybe Zac couldn’t really take Tayshia to New York City, but their makeshift New York date was still adorable!

Zac is genuine, loving, and compassionate and this latest season of The Bachelorette made fans believe in love again!

Sean Lowe originally competed for Emily Maynard’s heart in season 8. Even though Emily sent him home, fans fell in love with Sean! He is an absolute sweetheart and fans wanted more!

So, Sean got his own season of The Bachelor! During his season Sean fell for Catherine Giudici. The couple are now married and they also started a family together!

Topping off the list is the winner of the first ever season of The Bachelorette, Ryan Sutter! Way back in 2003, The Bachelorette premiered with star Trista Rehn. The first season ended with Ryan and Trista getting engaged. The beautiful couple are now married and have several children together. Ryan and Trista showed us all that love is real in Bachelor Nation!

Tell us your favorite contestants from The Bachelorette?

For more Bachelor Nation scoop check out Top 10 Best Bachelor Contestants of All Time, Tayshia Adams Talks Spicing Up Life With Fiancé Zac Clark, and Dale Moss: The Next Bachelor? 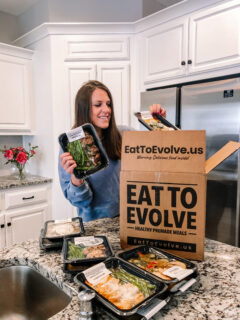 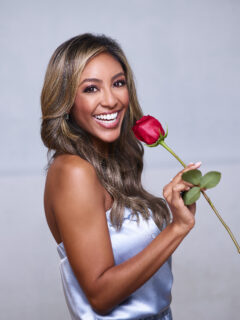