Jason Mendoza is the perfect example of “the Florida man.” He loves Blake Bortles, is an EDM DJ, and throws Molotov cocktails in his spare time. After dying, he somehow keeps his spirits high and delivers hilarious lines. Here are our picks for the top ten funniest Jason Mendoza quotes from “The Good Place!”

“I’m too young to die and too old to eat of the kids’ menu. What a stupid age I am!”

Jason complains about his age because he’s too old to eat off the kids’ menu. We understand your pain, Jason. Who doesn’t love chicken nuggets and fries?

2. Waiting for the Bass Drop

“I’ll probably go to a Skrillex concert and I’ll be waitng for the base to drop. And it (crying), it’ll never come.”

As “Team Cockroach” is preparing to go to the Bad Place, they contemplate what their personal hell will be like. Jason says his hell would be never hearing the bass drop at a concert. We don’t want Jason to go to hell, but we think his idea of torture is hilarious.

3. The Ones You MOST Expect

“I can’t believe Michael betrayed us again. Why is it always the ones you MOST expect?”

Jason is doe-eyed and innocent, which makes him an easy target. He’s genuinely shocked when a demon betrays him. We love how he always sees the best in people, even those who torture him.

“Claustrophobic? Who would ever be afraid of Santa Claus?”

It’s normal to misunderstand words every once and a while. However, Jason does it more often than others. He thinks claustrophobia is when someone is afraid of Santa Claus. We find his confusion sad but endearing at the same time.

“Any time I had a problem, and I threw a Molotov cocktail…Boom, right away, I had a different problem.”

According to Jason, the best way to get out of a problem is by throwing a Molotov cocktail and yelling, “Bortles!” You may laugh, but this works for Jason when he does it in the Bad Place to escape from some demons.

“If you’re a devil, how come you’re not wearing Prada?”

When investigating Michael‘s identity, Jason starts asking the real questions. If Michael’s a devil, why doesn’t he wear Prada? Leave it to Jason to break the tension in the room with a great one-liner like this one.

“Apples, you eat their clothes, but oranges, you don’t?

When Jason complains about a plan being too complicated, Eleanor points out that he said that about oranges once. This joke is so random but totally on-brand for Jason.

8. The Bass Drops in His Heart

“We love each other. She makes the bass drop, in my heart.”

When asking Michael for Janet’s hand in marriage, Jason romantically and hilariously says that she makes the bass drop in his heart. While Chidi and Eleanor are one of the Sitcom Couples That Make Us Believe in Love, Jason and Janet are one of the most adorable couples on TV.

“We’re an Arizona dirtbag, a human turtle neck, a narcissistic monster, and literally the dumbest person I’ve ever met.” “And who am I? Describe me now!”

Eleanor rallies “Team Cockroach” with this speech, giving each member of the group an identifier. Jason is obviously “the dumbest person I’ve ever met.” He lives up to the title when he asks Eleanor to describe him next. While Jason might not be the most intelligent, we love his enthusiasm.

“You should listen to me. I came up with hundreds of plans in my life and only one of them got me killed.”

Jason’s plans are often ill-advised. But, he defends himself by saying only one got him killed. We’d criticize him for that, but he does have a point. One failure out of a hundred isn’t bad!

We hope these Jason Mendoza quotes made you laugh. What’s your favorite Jason line from “The Good Place?” Comment down below! 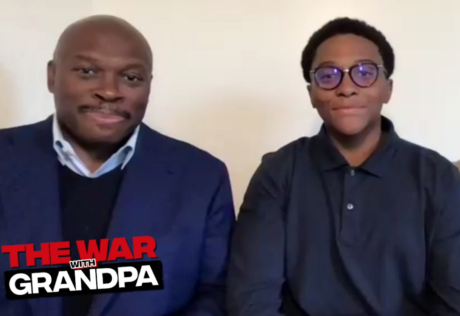