Tis’ the season again for feel-good Christmas movies, and when it comes to the perfect station for the perfect holiday film, Hallmark is the place to go!

Starring Lacey Chabert (“Mean Girls”) and Sam Page (“The Bold Type”), “Christmas in Rome” is a 2019 romantic film about an Angela, a passionate American tour guide in Rome, has been on the job for five years, but she is growing tired of the same-old protocol when it comes to tour guiding. In comes Oliver, an ambitious executive, in Rome for the pursuit of a high-end Italian ceramics company. With a twist of fate, the two cross paths and after Angela learns that Oliver had no prior intentions of exploring or enjoying the city, she steps in and offers to be his personal tour guide. Little do either know, they will soon be fond of more than just the romantic city.

Danielle Panabaker (“The Flash”) and Matt Long (“Manifest”) bring Christmas to life in this Hallmark Original rom-com, “Christmas Joy”. The story follows Joy Holbrook, a market researcher who has to return home to North Carolina after receiving news of her Aunt’s surgery. While her Aunt is recovering at rehab, Joy volunteers to sub for her in the town’s annual baking competition, also known as the “Cookie Crawl.” Along the way, she runs into Ben, an old crush who happened to be her Aunt’s co-header for the event. Ben offers his help and over time, Joy accepts, sending her through an unforgettable journey to the meaning of true happiness.

“Christmas Made to Order“

In “Christmas Made to Order”, Alexa PenaVega (“Spy Kids”) and Jonathan Bennett (“Mean Girls”) come together to showcase another classic, romantic holiday movie. Steven (played by Bennett) is asked by his family to host Christmas, but being that coordinating isn’t a strong suit, he is in dire need of assistance. Coincidentally, Steven crosses paths with Gretchen, a dedicated holiday decorator, who he eventually winds up calling for her expertise. As sparks and decorations begin to fly, there’s only one thing they know for sure; they will never be the same after this Christmas.

“Christmas at Holly Lodge” is a friendship, family and romance centered film about Evan (played by Jordan Bridges, “Rizzoli & Isles”) a developer who sets out to determine the value of a strongly sought after Holly Lodge, owned by Sophie (played by Alison Sweeny, “Days of our Lives”). When Sophie catches wind of Evan’s intentions, she does everything in her power to persuade him to leave the lodge and that it would be a terrible investment. It isn’t too long before feelings begin to develop and someone begins to fall in love. Also starring Sheryl Lee Ralph (“Moesha”).

Right before the 50th annual anniversary of the town parade, Tom, the original Santa falls off his sleigh and injures himself. Caught in a crisis, Grace, the head of the parade, is in desperate need of a new Santa stand-in. That is when she meets Tom’s son, Ben. However, Ben is the polar opposite of Grace; he’s not too keen on celebrating holiday festivities and only wants to focus on completing his novel. Grace doesn’t let this discourage her though; throughout, she is determined to help him re-open his eyes to the beauty of Christmas. Let’s just say, along the way, more than a renowned love for Christmas develops. “Finding Santa“, starring Jodie Sweetin (“Full, Fuller House”) and Eric Winter (“The Mentalist”).

“A Christmas Tree Grows in Colorado“

Hallmark brings to our screens another new holiday film called, “A Christmas Tree Grows in Colorado”, set to premiere on November 24. It’s about a woman named Erin (played by Rochelle Aytes, “Mistresses”) who is in charge of planning the town’s Christmas celebration, but is missing one big element; a tree. Which is exactly what she finds when she falls upon a gorgeous spruce tree on the property of a firefighter, named Kevin (played by Mark Taylor, “Student Bodies”). It may not be easy, but Erin has to get her hands on that tree for the celebration.

“A Christmas for the Books”

After their wild chemistry in “Lovestruck,” Drew Seely and Chelsea Kane are back at it again in  “A Christmas for the Books,” which follows Joanna (Kane), a lifestyle guru and dating expert. This holiday, she is offered a rare chance to host the prestigious MacAllen Holiday Gala, which also works as an interview for her dream job. The only problem is, she’s having relationship problems, which would completely contradict her and the image she’s trying to sell. To keep from looking like a complete sham, Joanna calls on Ted (Seely) for his help by asking him to pretend to date her. Airing soon on Hallmark Movies and Mysteries.

In “Deliver by Christmas”, we see Molly, the owner of Sweet Life Bakery, who receives a call from a mysterious man and develops a deep emotional connection with him. Little to her knowledge, the voice is actually Josh, a man who she met already. With Josh being a single father, love is the last thing on his mind; his main focus is his son. After many meaningful conversations, the two find themselves falling for the kindred voice on the other side of the phone. They go on to prove that love can be found in even the strangest of places. Starring Eion Bailey (“Band of Brothers”) and Alvina August (“Nancy Drew”).

Jessica’s boyfriend breaks up with her before Christmas, leaving her with five Christmas cards. Instead of tossing them out, Jessica instead sends the cards to the five most important people of her life. One of the recipients, a teacher that inspired her, has a son, Luke who finds the card and follows it back to Jessica. Come to find out, Luke remembers her from a childhood recital. This movie talks about friendship, love and the spirit of Christmas. “Write Before Christmas” stars Torrey DeVitto (“Chicago Med“) and Chad Michael Murray (“One Tree Hill“).

“A Christmas Duet” follows Averie and Jesse, a well known former music duo, famous for their song, “Wouldn’t Be Christmas.” The two have split up and haven’t played or spoken to one another since; Jesse (Rome Flynn, “The Bold and the Beautiful”) continues to tour, while Avery (Chaley Rose, “Nashville”) moved on from music and opened up a lodge in Vermont. As fate would have it, the two run into each other at Averie’s lodge, around the time of the town’s annual Yuletide Festival. As time passes, Averie’s love for music not only re-emerges, but her love for Jesse does as well.

If you enjoyed this list, check out our 10 Hallmark Movies to Celebrate the Start of Fall! 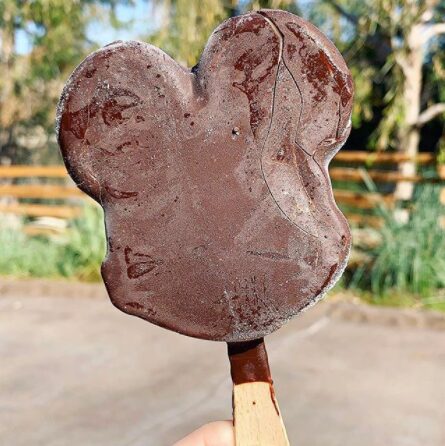