Luca tells the story of Luca Paguro, a young sea creature from the ocean. When he is dry on land, he looks just like any other human boy. He befriends another sea creature, Alberto Scorfano, and together they enjoy a summer of scooter rides, yummy pasta, and adventure!

Here is the scoop on the top 10 best quotes from Disney Pixar’s Luca!

*There are spoilers ahead!*

1. “Walking is just like swimming, but without fins or a tail. And also there’s no water.” -Alberto

Alberto is no stranger to walking on land, but Luca still needs help. When trying to teach Luca how to walk, Alberto does his best to explain it simply.

This funny line is very sweet because Alberto relates walking to swimming, something Luca is familiar with. Even though there are many differences between swimming and walking, Alberto is still trying to help his friend.

Luca struggles for a bit, but eventually gets the hang of it. He mentions that he can still feel his tail even though it is not there. Alberto explains, “That’s called phantom tail, you’ll get used to it.”

2. “Sure, there’s no sunlight, but there’s nothing to see anyway, or do. It’s just you and your thoughts, and all the whale carcass you can eat!” -Uncle Ugo

Sacha Baron Cohen voices Uncle Ugo, Luca’s uncle who lives deep in the ocean. While he enjoys living where there is no sunlight and plenty of whale carcass, Luca simply is not interested.

Luca is just getting to know Alberto and the human world, so he does not want to be sent away to the deep.

3. “Look me in the eye. You know I love you right?” -Daniela Paguro, Luca’s mother

Luca’s mother repeatedly warns her son that the surface is a dangerous place. She also tells him, “The curious fish gets caught.”

So, when Luca’s mom finds out he’s been visiting the surface, she decides to sent him to stay with his uncle. Luca is very upset, and does not want to go. She tries explaining that her decision will keep him safe and says, “Look me in the eye. You know I love you right?”

At the end of the movie, when Luca is leaving to go to school, he says goodbye to his mother. He also says, “Look me in the eye. You know I love you right?” This quote brings viewers full-circle and bookends the story with a heartwarming moment.

“Silenzio Bruno!” is one of the best Luca quotes ever! Whenever Luca and Alberto have a voice in their head telling them they can’t to something, they call it a Bruno.

Bruno is actually just nerves or fear, so to combat their inner doubts they say “Silenzio Bruno!” This gets Bruno to be quiet and helps the boys be brave.

5. “It’s just the greatest thing that humans ever made, the Vespa!” -Alberto

When Luca first meets Alberto, he visits Alberto’s collection of “human stuff.” Alberto has tools, pasta strainers, bottles, a typewriter and even a phonograph or a “magic singing lady machine.” Most importantly, Alberto has a Vespa poster!

The boys dream about endless scooter rides on a Vespa and exploring the world, so they decide to build one. Through building their own Vespa and testing it out, their friendship grows a lot.

Alberto helps Luca learn to be more confident and brave.

6. “Every day we’ll ride some place new. And every night we’ll sleep under the fish. No one to tell us what to do, just you and me out there. Free!” -Alberto

Alberto and Luca’s friendship is founded on dreams of exploring. Together they want to travel the world and enjoy life on a Vespa.

When the boys decide to run away and visit the beautiful seaside town of Portorosso, Luca is nervous. Alberto convinces him to go by reminding him of their dreams. “Just you and me out there. Free!”

7. “We underdogs have to look out for each other, right?” -Giulia

When Luca and Alberto run away to Portorosso they meet Giulia. She is also a misfit in the town, so the three become friends. Together they plan to compete in the Portorosso Cup Triathlon, and win prize money to buy a Vespa.

They first meet when Giulia saves the boys from the local bully, Ercole Visconti. Giulia treats Luca and Alberto with kindness and lets them stay with her and her father.

Giulia’s character sets a great example for viewers about being kind and standing up for what is right.

8. “I know who they are. They are Luca and Alberto, and they are the winners!” -Massimo Marcovaldo

Massimo Marcovaldo is Giulia’s father. He is a large, strong, and intimidating fisherman, but he is also a caring father.

When the Portorosso Cup Triathlon goes wrong, Luca and Alberto are revealed to actually be sea monsters. The townspeople have been hunting the sea monsters, so the boys are suddenly in danger.

Massimo speaks up on behalf of the boys and simply declares that they won the race. He accepts Luca and Alberto for who they are, and the town follows suit.

9. “Some people, they’ll never accept him, but some will and he seems to know how to find the good ones.” -Grandma Paguro

Luca’s mother is still worried about her son being accepted by the human world. Luca’s Grandma Paguro points out that Luca is surrounding himself with good people.

This is an important life lesson for everyone to learn. Not everyone will like you all the time, and that is okay. Just surround yourself with people who love you for you, and you will be alright.

10. “You’re never without me. The next time that you jump off a cliff or tell Bruno to quit bothering you, that’s me.” -Alberto

In a heartbreaking goodbye Luca leaves to go to school with Giulia, while Alberto stays behind. Even though Luca and Alberto are going their separate ways, their friendship will remain.

Luca worries about leaving Alberto behind, but his friend assures him that they will never truly be apart. This is one of the most heartfelt Luca quotes in the entire movie, so be sure you watch with tissues!

This original feature film is full of summer fun, life lessons, and wonderful quotes. What are your favorite Disney Pixar Luca quotes? Comment below!

For more great movie quotes check out these articles: 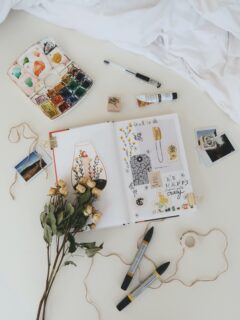 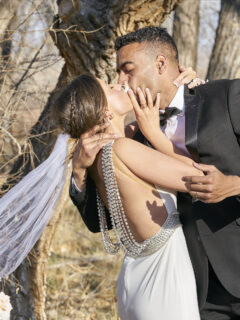