Your favorite kids are back in business! This time they are all grown up, or are they? The Boss Baby: Family Business is the new Boss Baby movie all about the importance of family and sticking together.

Here is the scoop on the best quotes from The Boss Baby: Family Business.

Be sure to catch The Boss Baby: Family Business in theaters July 2!

There are spoilers for The Boss Baby: Family Business ahead!

1. “When I was a kid the days lasted forever, but the years, well they went by so fast. Before you know it you’re all grown up. It even happened to me.” -Tim

In the opening scene, fans get to reunite with Tim Templeton now all grown up. Adult Tim is thriving in his life as a father, and he loves his family very much.

His observation about how time passes is very relatable. For kids, time passes very slowly and they can get impatient, but once you grown up you realize how fast the years go by.

This quote is a sweet reminder to savor every moment because before you know it you will grow up.

2. “The difference between try and triumph is just a little umph!” -Ted Jr.

The Boss Baby is always ready with corporate jargon to motivate his team. When Ted and Tim team up on a mission to save all parents, they get into some trouble.

Separated from his brother, Ted Jr. has to inspire a group of babies to work together so he can get out of the classroom and complete the mission. With inspirational lines like this one, Ted leads the group of babies in a great escape plan!

3. “We may be small, but we’re about to teach grown ups a big lesson.” -Dr. Erwin Armstrong

Even though Dr. Erwin Armstrong has an evil plan to get rid of parents, he makes a good point here. Just because someone may be young or small, it does not mean that you can’t learn from them.

Tina is a great example of someone small who teaches grown ups a big lesson. This is because she reminds her dad and her uncle of the importance of family.

Tim is hanging out with Tabitha in her bedroom when he tries to sit on the bed. Used to his taller grown up body, he accidentally lands on the floor instead.

With his quick thinking he simply chuckles and says, “I’m a lot taller in my mind.” This line is funny and also lets audiences in on the joke that Tim is used to actually being taller.

Tim’s childhood alarm clock Wizzie is full of helpful advice. While it is very important to never abuse the snooze button, Wizzie’s line also has another meaning.

After being in storage for years, Wizzie feels that Tim does not value their friendship. He is reminding Tim to take care of the people in his life and to not take them for granted.

6. “It’s all our parents fault so we’re all doomed!” -Pageant ensemble

Tim’s daughter Tabitha goes to the best school in town, but this makes for an interesting school Winter Pageant. The children sing songs about all of the winter holidays and the parents are thrilled.

However, they also sing about global warming. The dark humor is hilarious and the song is lots of fun, but it is also a shock to the parents.

Tabitha becomes friends with a new boy in her class named Marcos Lightspeed. However, Marcos is actually her dad Tim as a child.

Tim encourages Tabitha to practice her solo for the Winter Pageant, and she tells him about her insecurities and wanting to make her dad proud.

Once Tabitha finds out that Marcos Lightspeed is actually her dad, she realizes that her dad knows everything she shared with Marcos.

Once again, Tim’s baby brother Ted is giving out great advice. His pony, Precious, is a loyal steed and an important part of his missions.

Ted is very protective of Precious and he reminds Dr. Armstrong that it’s not polite to touch other people’s things. While this line itself may sound silly, it still sends a good message to audiences.

9. “Childhood doesn’t last forever but family sure does!” -Tina

Ted’s youngest daughter Tina also works for Baby Corp. However, her main mission is reuniting her father Tim with her uncle Ted.

After succeeding, she happily joins her dad and his brother to celebrate. Tina reminds audiences that even though we cannot stay kids forever, your family will always be there for you!

While watching Tim and Ted Jr. have a snowball fight, Ted Sr. observes how happy he is to see his sons fighting. Ted Sr. knows how his sons were close in childhood, and he is happy to see them play-fighting and being friends again.

No matter your age, it is always a good idea for a snowball fight with your family!

The Boss Baby: Family Business is a heartwarming movie with great lessons and plenty of jokes along the way. Comment your favorite Boss Baby quotes!

For more movie quotes check out Top 10 Quotes From Disney’s “Cruella” and Top 35 Marvel Cinematic Universe Quotes Of All Time. 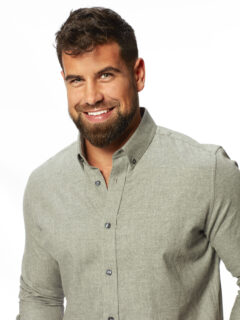