The musical CW series Crazy Ex-Girlfriend made 157 original songs during its four-season run. We’re glad Rebecca imagines her life as a musical because she has given us many great tunes to blast in the car. Here are our picks for the top ten Rebecca solo songs in Crazy Ex-Girlfriend. Warning, spoilers ahead!

In the third season, Rebecca finally gets diagnosed with BPD. She struggled with her mental health issues for a long time, so we were relieved to see her seek out treatment. This song brings awareness to the way mental illness can be stigmatized. Additionally, this song captures the joy of getting help and feeling understood when it comes to mental health.

Rebecca begins to spiral into self-loathing when Josh catches her in a lie. Rachel Bloom stated in the album commentary that she relates to this song, as the lyrics convey things she’s thought about herself during dark moments. This ballad is also reminiscent of a Broadway star performing a showcase when Rebecca gets the audience to sing with her. We all clap along because we, too, have been in Rebecca’s shoes.

The opening number of the show is one of the catchiest songs in the entire series. In the pilot, Rebecca quits her job and moves to West Covina to pursue Josh. This song is hysterical, as it glorifies a place that is quite mundane. It sounds innocent like the song “Good Morning Baltimore” from Hairspray, but Rebecca’s love of West Covina is a little less pure. Also, who wouldn’t love to get raised into the air on a giant pretzel?

Rebecca often projects her problems onto guys that she dates. This time, she doesn’t sing about Josh, Nathaniel, or Greg. Instead, she describes the darkness as if it were a man. She even names the darkness, “Tyler.” We’re proud of Rebecca in this song because she finally tells the darkness that’s toxic in her life goodbye.

Crazy Ex-Girlfriend is known for being unapologetically feminist. This is clear when Rebecca takes the opportunity to desexualize breasts in this song. She describes them as “sacks of yellow fat” and reveals the struggles that people who have heavy boobs go through. We’re impressed that she can keep a hardback cover of Wuthering Heights and a paperback cover of Arabian Nights in her bra.

“Love Kernels” is an ode to Beyonce’s “Lemonade” music video. She tries to prove that Josh loves her by using abstract symbolism while wearing silly costumes. Rebecca dresses up as a cactus, hamster, movie-theatre worker, and wears a red dress in the dessert. This music video ate up the show’s production budget, but it was totally worth it.

While planning her wedding, Rebecca has a break down in front of the delivery guy. She sings a dramatic ballad to him. We laughed out loud when Patrick lies seductively on the piano, and when the package starts playing the keys. This is a great song to sing in the shower when you’re questioning whether or not you’re a normal person. Your shampoo bottles will be just as concerned as Patrick for your well-being.

“I’m a Good Person” has similar vibes to Taylor Swift’s “Shake it Off.” However, it gets more intense than that song because Rebecca starts threatening customers at Home Base. We’re not sure that the nickname “Mother Theresa Luther King” fits Rebecca, but we for sure enjoyed this song.

When Rebecca and Greg start hooking up, Rebecca realizes that she has “the feels” for him. She expresses her crush in this Carly Rae Jepsen sounding song. The explicit lyrics and images on the screen hilariously contrast the cutesy pop music in the background. We can’t help but wish that Rebecca and Greg someday get married on a hillside surrounded by ducks just like she describes after listening to this song.

In the finale, Rebecca has to choose between Greg, Josh, and Nathaniel. She begins to panic, feeling like she’s reverting to old patterns. So, she recaps the series by singing an eleven o’clock number that’s a medley of previous songs. This number takes us on a trip down memory lane so we can see how much Rebecca has developed throughout four seasons.

What’s your favorite song that Rebecca sings in Crazy Ex-Girlfriend? Tell us in the comments!

Check out more articles at Sarahscoop.com! 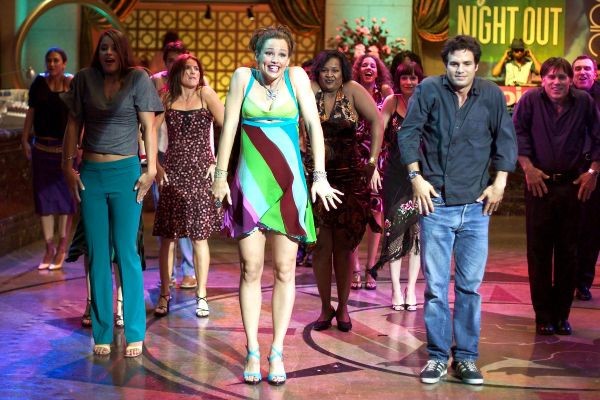