Thanks to Hallmark Movies our obsession with royal tales has only been fueled! Hallmark has a wide selection of movies surrounding royalty that make us want to live a fairytale! 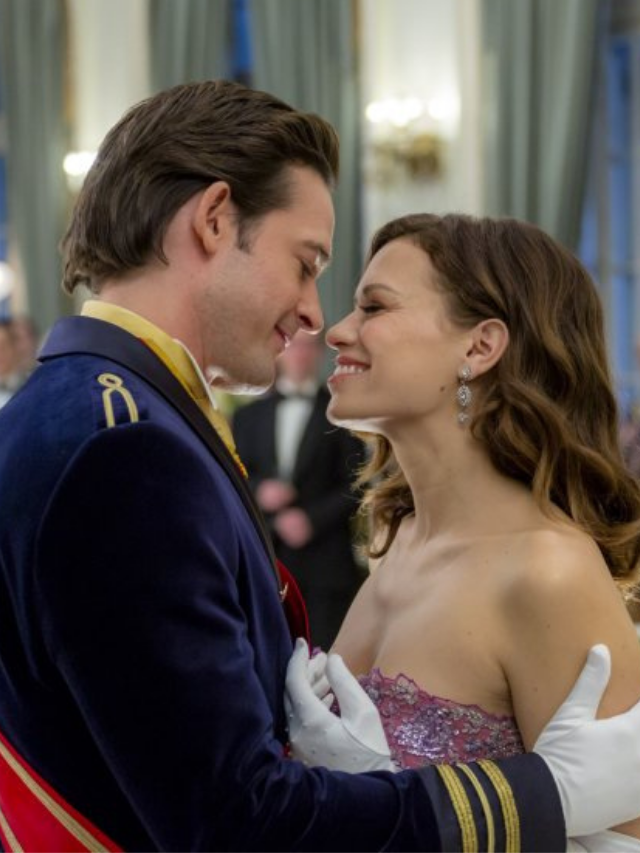 Here is the scoop on the top 10 best royal Hallmark movies!

Mean Girls icon, Lacey Chabert, stars in this film perfect for fairytale seekers and hopeless romantics! This absolutely magical tale tells of a seamstress who falls for Prince Leopold. The Queen then stops at nothing to keep them apart! Although Christmas has departed us, this story allows us to dive back into the holiday spirit! You’ll love A Royal Matchmaker if you’re wishing to reminisce on the holidays and get the full royal experience from home!

This royal Hallmark film is perfect for people who chase a spontaneous feeling! When a schoolteacher finds out her husband to be is a prince, her life is turned around and she set to become a princess! There’s only one problem…getting the prince’s family to approve! Disapproval from your partner’s family is relative to many, making this fairytale perfect for those who have been in this particularly sticky situation!

Calling all plot twist lovers! Hallmark‘s Royal Matchmaker is full of them! The king of a reigning monarchy hires a matchmaker to find his son, the prince, a wife! In the midst of her task, the matchmaker realizes she has fallen for the prince herself! If you gravitate towards films involving surprising turns of events and elegant visuals, this one is for you!

Once Upon a Prince

For all of you from small towns, this Hallmark film makes the royal fairytale feel this much closer! Susana and Nate meet while he helps out at Susana’s parent’s store. They grow closer and their time together leads to a photo of the two being leaked to the press! The story unravels following Susana’s discovery of Nate as he is a prince who is about to become King! A perfect tale for those seeking a film full of confliction and small-town love!

This Hallmark film, starring Danica McKellar, is perfect for those who enjoy the classic New York setting! Taking place at a hotel in New York, a maid becomes tired of her job as she believes the city can offer her more! She then receives the opportunity to become a governess to a young girl who is part of a royal family! This film gives hints of Mary Poppins or The Sound of Music while still staying true to the sincerity and class of New York City!

For those of you who seek a Hallmark film thats sends a little love to the country lifestyle, this one’s for you! Hank, a local from a Montana ranch, comes to find out he is to be the next king of Merania! His daughter then convinces him that he must accept his position to the throne so that Merania can officially claim its independence. For all you country-lovers with a sweet spot for father-daughter love, this film has it all!

If you’re craving spontaneous, impulsive activities without actually doing them, this royal Hallmark film gives off that exact feeling! When a woman becomes overwhelmed in her current life, she travels to Europe to find herself. She ends up meeting a prince who turns out to be quite the player, or so she hears! Perfect tale for those seeking adventure from home!

Finally, a partying prince! We’re aware of the ideal, mannerly princes, but still have a soft spot for the ones that tend to break the rules just as you might after watching this Hallmark film! The prince in this particular film is an heir to the throne, but finds himself in trouble for his constant partying! The royal family puts their foot down and hires a PR consultant. Ironically, the prince becomes quite fond of her!

Once Upon a Holiday

Just like us, princesses become overwhelmed as well! Except they get to put on a tiara and gloves and call it day! Hallmark‘s Once Upon a Holiday opens with a princess who feels she needs to be relieved of her royal duties. Then, she finds a commoner and falls in love with him! We all enjoy twists and you’ll definitely enjoy this royal tale where the princess finds herself in the biggest one of all!

A Princess for Christmas

Another perfect film for anyone missing the holiday feeling! Upon a mysterious invitation, a young woman travels to a castle to spend Christmas. She meets an old relative, who she later discovers is the carrier of the invitation! Soon enough, she finds herself falling for the prince who resides in the castle! You’ll love this royal Hallmark film if you enjoyed the Princess Diaries series!