There is nothing more fun than summer camp or a woodsy getaway, right? Sitting around the campfire, making s’mores, telling ghost stories, and enjoying the outdoors are all great activities. But sometimes all you want is some good old fashioned summer camp horror! The best camping horror movies are the ones that leave you scared to go outside.

Here is the scoop on the 12 best camping horror movies!

The success of Friday the 13th put the entire camping horror movie genre on the map! This spooky classic tells the story of Jason Voorhees and Camp Crystal Lake.

Long ago, a boy named Jason drowned at Camp Crystal Lake because of neglectful camp counselors. The story of Jason lives on at the camp, and years later someone begins murdering the counselors.

Thanks to a surprise ending, the story continues with Friday the 13th part 2, 3, and so on. The cast includes Adrienne King, Kevin Bacon, Betsy Palmer, and many others!

One of the most iconic horror films of all time, The Blair Witch Project popularized the found-footage technique in horror movies. The film follows Heather, Mike, and Josh as they journey into the woods to make a documentary about the Blair Witch.

They hear news about the Blair Witch from locals before heading into the woods, but their project quickly takes a dark turn. As they hike deeper into the woods, the group faces increasingly strange and scary circumstances.

From getting lost to hearing strange screams The Blair Witch Project immerses viewers in the terror of the unknown. The film stars Heather Donahue, Michael C. Williams, and Joshua Leonard.

The Ritual follows a group of college buds who reunite after the loss of a close friend. They plan a backpacking trip in the wilderness of Sweden.

The normal camping trip turns into a nightmare after the group decides to take a shortcut. The men are stalked by an unknown creature, and soon realize that the woods have many secrets.

The Cabin in the Woods adds a unique twist to the classic camping horror movie genre. When a group of college students go on a remote cabin getaway, their trip takes a turn when zombies attack! Meanwhile, a group of scientists control the events at the cabin to protect an even bigger secret.

The film stars Chris Hemsworth, Kristen Connolly, Anna Hutchison, Fran Kranz, and Jesse Williams as the naive campers. The Cabin in the Woods is an incredibly fun and spooky addition to the best camping horror movies list.

Sleepaway Camp is another one of the best camping horror movies! It follows shy teenager Angela Baker as she attends sleepaway camp with her cousin.

Angela initially struggles to fit in, but eventually forms a bond with some of the campers. Unfortunately, an unknown murderer is slowly stalking and killing the campers, and a fun time turns into summer camp horror!

With great humor, brutal deaths, and one of the best twist endings in movie history, Sleepaway Camp is a must-see! It features the talents of Felissa Rose, Jonathan Tiersten, Christopher Collet, and many more!

When a group of friends head to a cabin for a fun getaway, things take an unexpected turn. The teens find an archeologist’s belongings, including a book that raises the dead.

Bruce Campbell, Ellen Sandweiss, Richard DeManincor, Betsy Baker, and Theresa Tilly star in this classic horror film. With an NC-17 rating, Sam Raimi’s The Evil Dead is the most gruesome and disturbing film on this list!

Fear Street Part Two: 1978 is the second part of the long-awaited Fear Street trilogy on Netflix. Based on the R.L. Stine book series, the Fear Street movies follow teens from Shadyside as they face curses, murders, and paranormal events.

Fear Street Part Two: 1978 follows C. Berman recounting events that left her as the sole survivor of Camp Nightwing. What starts as a normal summer camp turns into a blood bath as campers are butchered by a deranged counselor!

It features Sadie Sink from Stranger Things, Gillian Jacobs from Community, and many other talented actors! Also, the film begins with a quick recap of Fear Street Part One: 1994, so you can watch the second film by itself.

While it may be one of the most recent camp horror movies to come out, it will not disappoint!

The Burning is another one of the best camping horror movies. It is another classic summer camp tale of betrayal and revenge.

Years ago, campers play a prank on the caretaker Cropsy, but the parnk goes wrong. The campers leave Cropsy for dead, but years later he returns to take revenge on the camp that betrayed him.

The Burning has everything fans want in a summer camp slasher movie! From fun camp activities to gory murders, this movie has it all.

The Final Girls is a comedy/slasher film that adds an exciting twist to the classic camping horror genre!

Max and her friends attend a screening of a cheesy slasher movie that her late-mother starred in. When they find themselves inside the movie, they have to use their knowledge of classic horror movie tropes to survive!

With funny jokes, brutal murders, and heartfelt moments, The Final Girls is a must-see for any camping horror movie fan.

Backcountry is one of the best camping horror movies because of the unique plot. It follows Alex and Jen on their camping trip in the wilderness. Without a phone or map, they become lost and have to survive on their own.

Rather than facing a deranged serial killer or supernatural enemy, Backcountry gives audiences a more realistic scare. The couple is being hunted by a grizzly bear!

Based on a true story, Backcountry pairs great acting and a beautiful setting with a tense and realistic horror story! The film stars Missy Peregrym, Jeff Roop, Eric Balfour, and Nicholas Campbell.

Cheerleader Camp is the ultimate camp horror story. It follows a cheerleader as she goes to camp for a cheerleading competition. What begins as an innocent camp getaway quickly becomes a gore-fest as cheerleaders are murdered.

The 9th season of AHS takes place at Camp Redwood, a summer camp with a dark history. This season has all of Ryan Murphy’s signature blood and gore and it also captures the 1980’s summer nostalgia perfectly.

Complete with ghosts, an escaped mental patient, and The Night Stalker American Horror Story: 1984 has everything! It also features Emma Roberts, Billie Lourd, Leslie Grossman, Cody Fern, and so many of your AHS favorites.

Next time you think about going on a camping trip, maybe these movies will make you think twice. What do you think is the best camping horror movie? Comment below! 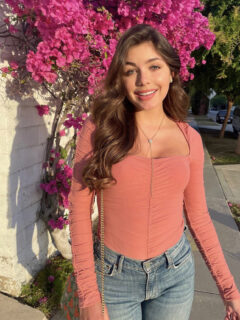 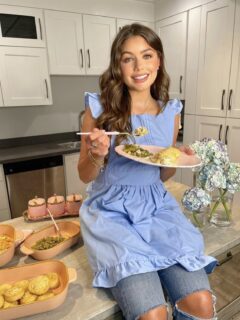