Here is the scoop on some of the craziest moments from Bachelor in Paradise!

12. Jordan and Christian Get Physical

To set the scene, Nicole Lopez-Alvar had been enjoying paradise with Clay Harbor. So when Christian Estrada shows interest Nicole, Jordan Kimball tries to defend his friend Clay. Jordan crashes Christian and Nicole’s evening and tries taking down a piñata Christian has set up. Christian tries stopping Jordan and the two get physical.

Thankfully, their fight does not last long as production intervenes, but both men are promptly removed from the show. Even at the season finale, the guys are not willing to set aside their differences and the argument continues.

Josh Murray and Nick Viall’s rivalry began on Andi Dorfman’s season of The Bachelorette. However, it came to a head on Bachelor in Paradise.

When the two guys get into an argument in Paradise, Josh is particularly aggressive yelling at Nick about Amanda Stanton. For viewers, the most tense moment is when Josh threatens Nick saying, “You need to hope everything’s good with me and her!”

John Paul Jones is one of Bachelor Nations most lovable contestants. With his long blond hair, handsome physique and fun-loving personality few fans can resist his charm. So when JPJ decided to confront Derek Peth over his intentions with Tayshia Adams, fans were shocked.

Not only does the outburst appear to be very sudden, but it takes place at Chris and Krystal’s wedding! Shocked guests watched as John Paul Jones accused Derek of leading Tayshia on, and a tearful Tayshia left the scene.

Bachelor Nation fans still love John Paul Jones, but an outburst at a wedding left some fans questioning his judgement.

Evan Bass is one of Bachelor in Paradise’s lovable goofballs. While some contestants did not take him seriously, he was very serious about pursuing Carly Waddell. However, some fans grew suspicious about his methods because a lot of quality time these two spent together results from Evan having a medical emergency.

At one point, Evan found himself with swollen ankles and he went to the hospital. Thankfully, Carly went with him for support. Another time he appeared to be unresponsive after heavy drinking, but made a miraculous recovery after Carly and production came to his aid.

Thankfully for Evan, his medical emergencies were not in vain as he and Carly were married for three years before splitting.

Before starring on her own season of The Bachelorette, Clare Crawley was very familiar with Bachelor Nation. After appearing on Juan Pablo’s season of The Bachelor, she then joined the first two seasons of Bachelor in Paradise. In one of the most iconic moments in the show’s history, the editors had some fun.

During an emotional moment, Clare is letting out her frustrations of the drama in Paradise, but the editing team frames Clare’s conversation to look like she’s talking to a raccoon.

Ashley Iaconetti Haibon is now the loving wife of Jared Haibon, but these two were not always together. Jared and Ashley were both on Bachelor in Paradise and Ashley struggled seeing Jared take an interest in Caila Quinn.

Ashley’s jealousy peaks when she takes out her frustration on Caila and calls her rude names. So, her jealousy results in multiple harsh comments and also lots of crying, but ultimately she and Jared made things work.

In Bachelor in Paradise season 3, Grant Kemp and Lace Morris got matching couple tattoos. The tattoos said, “Grace” which is a combination of their names together. While some may say it was a spontaneous and romantic gesture, others may point out that the tattoos lasted longer than Lace and Grant’s relationship.

Dean Unglert’s first time in Paradise was anything but relaxing. After initially connecting with Kristina Schulman, his attention was diverted when Danielle Lombard arrived in Paradise. He tried splitting his time between both Danielle and Kristina, and ultimately the entire situation got messy.

Luckily, Dean’s return to Bachelor in Paradise for season 6 introduced him to his current girlfriend Caelynn Miller-Keyes and they are still going strong!

The drama surrounding Blake Horstmann on Bachelor in Paradise occupies much of the season. Before fimling season 6, several contestants attended the Stagecoach music festival. There, Blake apparently spent time with multiple women who were also going to be in paradise with him.

Blake was reportedly intimate with Kristina Schulman one night and then Caelynn Miller-Keyes the next. The situation lead to hurt feelings in Paradise, a fight between Kristina and Blake, and several other relationships in Paradise being effected by the drama. Blacke’s actions at Stagecoach turned out to be a dark storm cloud that followed him throughout Paradise.

During season 1 of Bachelor in Paradise Marcus and Lacy’s relationship grew into true love. So naturally, Marcus proposed during the season 1 finale and Lacy accepted.

Season 1 ended with an engagement, so it is only fair that season 2 starts with a wedding! Marcus and Lacy’s beautiful beach wedding is a memorable moment of the season, but fans were disappointed to learn that the marriage was not official, and also that the couple eventually broke up.

After having no luck finding love with other contestants, Michelle Kujawa began seeing a crew member named Ryan. When production knocked on Michelle’s hotel room door and she behaved suspiciously, they knew something was up.

Turns out, Ryan the sound guy was in Michelle’s hotel room! Hoping to escape being caught with a contestant, the sound guy jumped off of her balcony and the ordeal resulted in him breaking both of his legs. Ouch!

Chad Johnson’s behavior on Bachelor in Paradise further solidifies him as a Bachelor Nation villain. So, after Chad’s excessive drinking, yelling, and aggressive behavior, Chris Harrison removed him from Paradise. Chad angrily screamed and ranted at the host and fans will remember him saying, “F**k you Chris Harrison!” While Chad no doubt adds drama to Bachelor Nation, fans do not seem to miss him.

So what are some of your favorite moments from Bachelor in Paradise? Who do you want to see on the beach next season?

Get ready for Bachelor in Paradise with all the right products! Show off your love with stickers, coloring books, t-shirts, wine glasses, candles, and even a John Paul Jones mug! 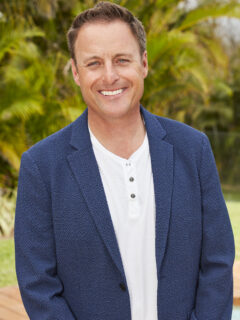 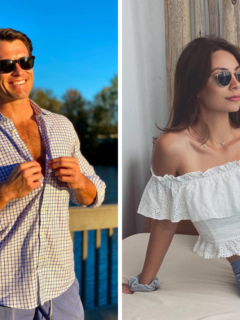