Army of the Dead is a 2021 Netflix zombie film taking place at a Las Vegas casino. Zack Snyder wanted to create a second movie after Dawn of the Dead but the film took several years to shoot before it was released in May of 2021. Despite the troubling process of filming, Army of the Dead still managed to earn $1 million at the box office and become one of Netflix’s most-watched movies. After the success of the movie, a prequel called the Army of the Thieves was created to satisfy all of the comedic zombie lovers. Here is the scoop on the Army of the Dead quotes! 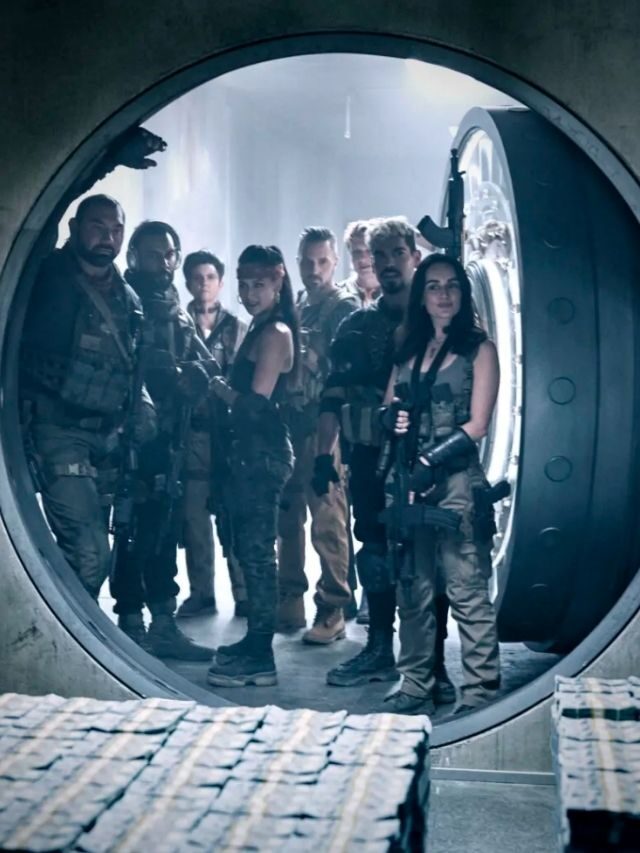 When Lilly is confronted for her actions and admits that she helps people who deserve it. She knows that the strong will survive as opposed to the weak.

2. “If you coordinate, and communicate, this should be simple in-and-out.” -Bly Tanaka

In order to be successful with their missions as a team, Bly says that communicating and working together makes for a good team that won’t lead to problems. A good team cannot function without trusting one another as well. He is the one sending Scott on his mission.

Scott doesn’t deny the truth about how hard it is to survive a zombie apocalypse. He is one of the straightforward characters in the movie and his lines have to be some of the most hard-hitting Army of the Dead quotes.

4. “Well, we all know the basics. Zombies, shamblers, the undead, whatever you want to call them, when it comes to killing them, it’s all about the brain.” -Scott Ward

Scott is notifying the team that aiming for the brain is the only way to kill the zombies as the leader.

5. “Are you kidding? We’re about to march into a sea of dead people and commit grand larceny. But excuse me for swearing.” -Kate Ward

Kate is not sure what’s in store for her after joining the team. Moreover, she often clashes with her father about participating in missions.

6. “What’s it look like? Weren’t smart enough to get out of the sun. You should see what happens when it rains. For a few hours, they all come back to life.” -Lilly

Lilly is a new addition to the team that seems to know her stuff. Her strong-minded attitude and knowledge about the zombies help her become the leader when entering Vegas. Lilly is sure to be the one with the best Army of the Dead quotes!

On the team’s mission, they come across a zombie tiger that seems more difficult to fight. His role in the team is to supervise and make sure there aren’t any problems.

8. “If I give you something bigger than that, Dieter, you’re already dead.” -Vanderohe

Vanderohe is all about killing zombies and has become quite the expert. When Dieter asks for a bigger weapon besides a knife, Vanderohe shoots him down as one that can’t be trusted with anything bigger than a knife since he is a kid.

9. “Try not to get nuked, or murdered by the undead.” -Kate Ward

It is ironic that she says this line when she is selfless and would risk her life to rescue her mother. Kate is definitely not used to the world of zombie killing.

Dieter is a kid who knows about racist remarks and instead tells Bly Tanaka to use “lemon squeezy” instead of “easy peasy Japanesey.” But he doesn’t seem to know that Bly is indeed Japanese and should be able to use the phrase. Might be one of the most hilarious Army of the Dead quotes to exist.

11. “You will enter the city with a thirty-two hour window. Whatever zombies are still walking should be no problem for a gang of tough hombres such as yourselves.” -Bly Tanaka

Bly Tanaka is the antagonist in Army of the Dead, but he manages to convince Scott to go on his mission to retrieve the casino’s money. He convinces Scott and his team that they can successfully complete the mission.

12. “Scott, you want to tell me what’s up with the kid, man? I mean, look at him. No offense, but he doesn’t exactly look like zombie killer material, does he?” -Vanderohe

Knowing Vanderohe’s expertise in zombie killing, he touches on the fact that Dieter is an inexperienced kid.

13. “What would you say about making five hundred grand?” -Scott Ward

Scott directs this towards Mikey who was a Youtuber and social media influencer that talked about killing zombies.

Mikey is one of the best shooters on the team and is quick to kill zombies whenever possible.

15. “I mean, think about it. Everything we did, all those people we saved, look what it got us. But what if, just once, we did something just for us?” -Scott Ward

Scott is focused on carrying out the mission of taking the money from the casino, but he really isn’t doing anything for himself. Before the outbreak, he wanted to own a food truck and settle down.

Army of the Dead is a crazy twist to zombie films that no one knew they needed until now. The heist-themed zombie movie has awesome characters and scriptwriting. Would you enter into a quarantine zone just for cash? Hope you found this list of Army of the Dead quotes to be exciting.

Watch Army of the Dead and Army of Thieves on Netflix. For more movie quotes, visit these articles: