The Marvel Cinematic Universe has given us over 20 films with lots of amazing quotes. Whether the lines are funny, heartbreaking, or inspirational, Marvel fans are often quoting their favorite movies.

Here’s the scoop on the Top 25 Marvel Cinematic Universe Quotes Of All Time!

These two words left movie theaters across the globe with goosebumps. After every avenger, sorcerer, and wakandian returned from the blip, Captain America assembled his team and movies haven’t been the same since.

It’s crazy to think that these four words started the Marvel Cinematic Universe, and also brought a big chapter of it to a close. Whether it’s hearing Tony say these words to release his identity or to save the world, these words stay iconic.

The last words Thanos would speak in the MCU. As he thought he was getting the win over the avengers, he was vastly surprised by the switch Tony made. So following these mesmerizing words we here our number 2 pick!

4. “He may have been your father, boy, but he wasn’t your daddy”.(Yondu: Guardians of the Galaxy 2)

When Yondu tells Peter Quil this, I was all tears. Since Peter was abducted by aliens, he never knew his father. But, Yondu assures him that even though he wasn’t Peter’s biological father, he was Peter’s dad or should I say daddy.

When Morgan tells her dad that she loves him 3000, it is simply one of the cutest moments in the Marvel Cinematic Universe.

6. “Everyone fails at who they are supposed to be, Thor. The measure of a person, of a hero…is how well they succeed at being who they are” (Frigga , Avengers: Endgame)

Seeing Thor transform into a depressed overweight version of himself was a tough sight to see. But, him encountering his mother moments before she dies was even tougher. This scene gives us a heartwarming mother-son scene and reignites Thor’s inner fire.

7. “But a thing isn’t beautiful because it lasts. It’s a privilege to be among them.”(Vision: Age of Ultron)

Vision tells Ultron this after they have a battle of wits, and Ultron asks why Vision defends humans. Vision says this about the human kind and it is such a beautiful moment.

This is a common phrase thrown around between Steve and Sam in the course of the film and it all starts here. When Sam Wilson is running, he keeps being lapsed by Steve Rogers who just says, “On your left”. This was a funny moment but most importantly it becomes a running theme between the two.

Groot can only say three words, and that is “I am Groot”. But when it comes to saving the rest of the Guardians of the Galaxy, he utters three words. We. Are. Groot.

10. “I can’t control your fear, I can only control mine”(Wanda: Avengers Age of Ultron)

With all the horrific moments that Wanda went through in her life, hearing her say this was pretty wild. So, she can sink into peoples darkest fears, but she can’t control them, she can only amplify them.

Steve Rogers is probably the purest person in the MCU. Every time Steve is being hit and beaten by a villain and they taunt him he says he can do this all.

12. “No man can win every battle, but no man should fall without a struggle” (Peter Parker: Spiderman Homecoming)

This is a great quote to live by! Like in life you’re not always going to win or get what your way, but you should always fight for what you believe is right whether you win or lose, and this is what Spider-man abides by.

13. “What did it cost? Everything”(Gamora/Thanos Infinity Wars)

Seeing a young Gamora appear after Thanos made the snap, showed how admit Thanos was about getting his balanced universe. However, it meant sacrificing his favorite daughter.

After asking Peter Quill if Mary Poppins was cool, and being told yes Yondu screams it aloud that he is Mary Poppins. Also it’s a hilarious scene that makes this lifesaving moment so much better and in style with the Guardians saga.

Finding out that Bruce Banner stays upset, in order to change in and out of the hulk was a huge revilation. Also this makes sense because of how easily he gets upset and can transform into hulk so seamlessly.

When Loki begins to talk with Tony Stark about how he has an army and the tesseract. So, Tony informs him that they have something better. And that better is the hulk!

When Ho Yinsen is dying and tells Tony this, it makes for a dramatic moment. Above all this starts the heroic rise of Tony Stark.

After Thor is asked how he knows the hulk, he simply says that “he’s a friend from work”. This scene was so funny and brought a new light to Thor, and personally made him a more lovable character to myself.

When T’Challa finds Zemo he is ready to shoot himself, after feeling satisfied about destroying the avengers. This was a great scene because Civil War was built on vengeance from angle whether it was T’challa, Zemo, Tony Stark, or even Steve Rogers. T’challa showing that he can overcome this and bring in his fathers killer, we can see the true hero he is.

This moment brought chills down my spine! Seeing Killmonger defeat T’Challa was remarkable. In conclusion, it was like watching your favorite fighter lose to a rookie.

When Steve Rogers ultimately decides to make his sacrifice for the greater good, he is faced with losing the only girl he’s ever loved. So, he postpones his date with Peggy Carter. Then he goes he crashes the hydra ship into the arctic and is frozen for almost a lifetime.

As everyone begins to vanish from Thanos’s snap, we begin to see our favorite heroes fade away. But, the most hard one to watch fade was Peter Parker, as he looked at Tony Stark and began to panic. As we see Peter panic and fade away theaters were left in tears.

24. “Whatever happens tomorrow, you must promise me one thing. That you will stay who you are. Not a perfect soldier, but a good man“(Abraham Erksine: Captain America First Avenger)

The super serum only enhances a persons characteristics. Therefore if Steve is a good person, he will become a greater person. But, this is also the reason that Steve was the only perceivable choice for the serum.

25. “I had him on the ropes”(Steve Rogers/Bucky Barnes: Captain America)

Similarly to Sam and Steve, Bucky and Steve also had little phrases they would share with each other. Whenever one of the two was down or losing a fight and would get helped by the other they would say “I had him on the ropes”.

For more scoop be sure to check out Marvel Phase Four Leaks and WandaVision Review – A Fresh Concept For Marvel Fans! 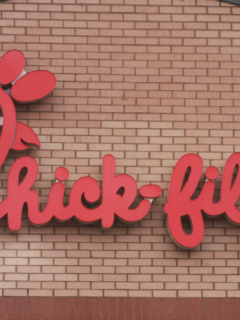 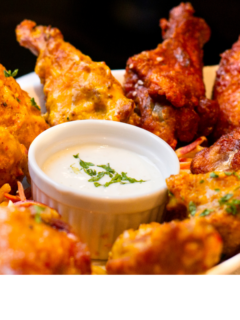