Loving is a film about an important story in American history that not enough people knew about. Thankfully, we are finally getting the chance to learn about the couple that refused to leave each other even when most everyone in their world demanded they do so. Here are my top four reasons why you should see Loving when it comes out in selected theaters on November 4th! 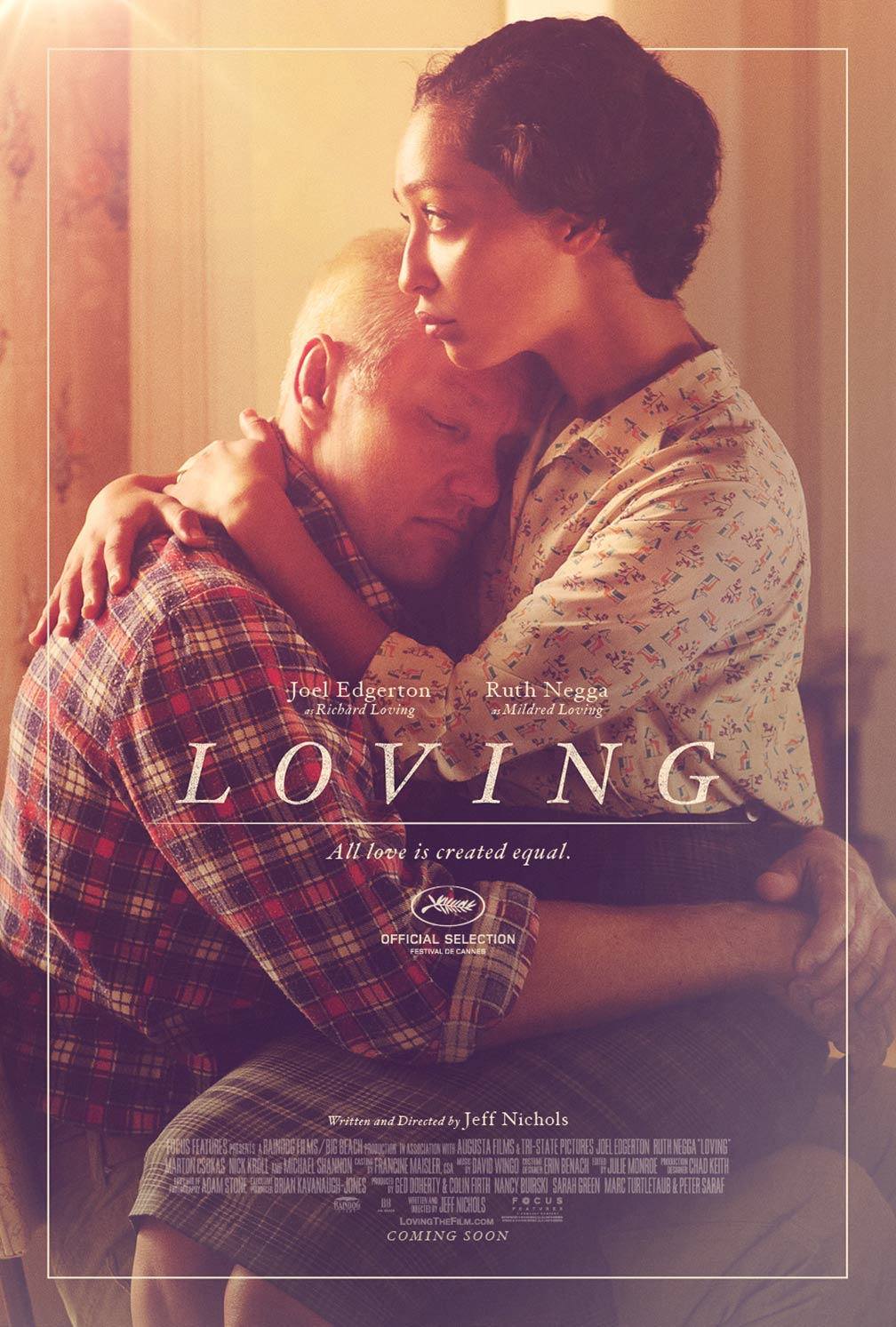 The film is based on the real life court case endured by Richard and Mildred Loving. That’s right: their last name was the actual word loving! After getting married in Washington D.C., Richard, a white man, and his wife, Mildred, a black woman, moved back to their hometown in Virginia. After people in their town noticed, the couple spent the next nine years fighting for their right to be married in the place they wanted to live! This was a case that changed history for the better. This movie shows the tough, emotional journey this couple had to go on in order to help everyone who came after them.

The Director/Writer and Actors are a Match Made in Heaven

Jeff Nichols is most well-known for the movie Mud in 2012. The film stared Matthew McConaughey and it can potentially be described as the start of the turn McConaughey took for the better in his career. Nichols is known for emotion and expects it of his actors. Loving is in no way any exception! Ruth Negga who plays Mildred Loving and Joel Edgerton who play Richard Loving give Oscar worthy performances in Loving. The combination of the material, the direction, and the portaryl result in an amazing film where every moment warrants an incredible emotional reaction!

The film premiered at Cannes Film Festival this past year. After it ended, the audience gave the film a standing ovation! Film critics have equally applauded Loving with great enthusiasm with the film hovering in the low 90’s on Rotten Tomatoes. Critics have called the film powerful, beautiful, and a must see film this awards season! If you are like me and you scan the critics list before ever going and seeing a movie, this is one that I’m guaranteeing to you that this is a film that the critics enjoyed.

The hashtag has become a beautiful thing ever since the film’s marketing team came out with it. The Loving team wants you and everyone you know to tweet and message their stories of love, along with using the hashtag #VoteLoving. This election, they want you to #VoteLoving and share with the world a story of love! You can check out more about it here: http://www.voteloving.com/. The whole purpose of this film was to bring people together and realize that love is the most important and most powerful thing. Share your story because Loving is a film about just that: love.

Loving will be out in theaters on November 4th in limited theaters. More theaters will be showing it later on in the month so make sure to check your local theater to see when the film will be coming to them! In the meantime, make sure to check out the trailer here: