The Rivals format of The Challenge is one of the most popular versions of the show. So far, there have been three official iterations. Two of those have included same-sex rivals partnered up, while the third was based on opposite-sex rivals. We think it’s only fair that the show gives us another opposite-sex Challenge Rivals season soon. Here are our picks for the Top 5 Possible Opposite-Sex Challenge Rivals Teams!

These two have known each other since their time in the Real World house. Throughout that season, the two flirted a bit but nothing very serious, as they both showed more affection towards others in the house.

They did have a few blow-ups, often regarding alcohol and their time at the club. From Tony not paying his share of the tab to him stealing bottles from a club, Sylvia constantly felt hurt and embarrassed by the way that Tony represented himself and the rest of the house in public. This lead to several fights between the two.

Fast forward to The Challenge: Invasion of the Champions. Four out of the seven original Real World: Skeletons roommates were chosen for the Underdogs team. Including, of course, Tony and Sylvia. Early on, Sylvia proved that just because they came from the same show, doesn’t mean they are aligned.

During the first challenge of the season, most of the cast worked together at the start. Eventually, a few people broke away from the pack and worked by themselves, including Tony. This frustrated most of the house and he became the target for the first vote into elimination. When voting commenced, it came down to Sylvia. Betraying Tony and the rest of her Real World roommates, she voted Tony to go against fellow Skeletons cast member, Bruno.

Later, on The Challenge: Vendettas, Tony happily threw in Sylvia’s team for elimination, which resulted in Sylvia going into The Ring. She ultimately won the brutal round against Melissa, but was disqualified from the season due to being sick.

With this rivalry spanning two different shows, it would be interesting to see if they could make things work. Sylvia’s problem with Tony was always his immaturity – would the growth he has shown in his most recent seasons be enough? Tony always felt like he couldn’t trust Sylvia to back him up – as partners, would they be able to build that trust up to make things work? Let’s hope they are on the next Challenge: Rivals so we can see for ourselves.

Ashley and Hunter began their time on The Challenge romantically involved. During Invasion of the Champions, the two hooked up, though both came out of the whole situation claiming that the other one meant nothing to them and they were just using one another.

This, of course, lead to their pairing in Final Reckoning. I recognize that Final Reckoning was, in its own way, Rivals 4. It was not official but that was the general idea. That being said, the rivalry these two had back then is nothing compared to what it is now.

After finishing the final first, for the second time in the show’s history, TJ reveals an individual winner within the first place pair. That individual, Ashley, had to make the decision to either split the winnings with her partner or take it all for herself. Ashley ended up taking Hunter’s half of the money – all $500,000 of it.

What followed was an incredibly tense and uncomfortable moment where Hunter blows up at her in the cave where the remaining cast members finished the final. This decision obviously goes beyond the game and Hunter sees red. Ashley justified he decision by saying that Hunter belittled and slut-shamed her all season, on top of threatening her and her family. Hunter vehemently denied the accusations and was immediately discredited by the editors, who spliced in those clips.

How could Hunter possibly trust Ashley? And would Hunter treat her with the respect she deserves? We would love to see this pair on the next Rivals season of The Challenge to find out!

Another pair that has worked together in the past. But like the previous entry, the bad blood between these two has only gotten worse.

For a more complete rundown of their relationship, check out the #2 entry on this list! The gist of it is Amanda has gotten under Zach/Jenna’s skin for several years now. It began when she started rumors about Jenna having a fling with Bruno in Invasion of the Champions. Since then, the duo and Amanda have never gotten along.

More specifically to Amanda/Zach though, is their time on Final Reckoning. The two worked incredibly well together. They won almost four of the first nine daily challenges. Despite being an impressive duo in competition, the two struggled when it came to politicking together.

Both Amanda and Zach had alliances that they were loyal to but those alliances were in opposition of one another. After their fourth daily win, they could not come together to make a decision for their elimination vote. Deadlocked, TJ told them they would have to go into the elimination themselves, where they ended up losing.

Since the season ended, Amanda continues to get into Twitter fights with Zach and Jenna. One from last year got particularly ugly when Zach referred to Amanda as “rotten,” “disgusting,” and “vile,” and said that she would “abandon her child just like yours did to you.”

Safe to say that these two still despise each other. Will knowing that they can work well together if they try change things this time around? It’s a huge “what if” in Challenge history that could be worked out on the next Rivals season.

Jordan & Cara Maria are two of the best competitors in the show’s history. In theory, having them team up would be a near guarantee win for the duo. The problem is, they hate each other. Like, a lot.

On War of the Worlds 2, there was one big alliance controlling Team USA. That alliance consisted of Cara Maria, Paulie, and almost everyone else. A few of the people not in the alliance were eliminated early on (Johnny Bananas, Laurel) but there was a thorn in the side of Cara’s cult all season long: Jordan.

Despite being on the same team, Cara’s cult did everything they could to sabotage Jordan. Including stirring up drama with him and their other teammate, Turbo. Jordan and girlfriend, Tori, became public enemy no. 1, and started getting thrown into elimination after elimination. After getting thrown in to elimination by his own team and winning, Jordan decided to switch to Team UK but not before proposing to Tori.

In this moment, the game disappeared from everyone’s minds. People from both teams were happy and celebrating for the newly engaged couple. Except, of course, Cara Maria.

Cara rolled her eyes, made snide comments, and refused to clap for the happy couple. It was so obviously rude that even Cara’s boyfriend, Paulie, called her out on her reaction. Later, when the whole cast had an engagement party for Tori/Jordan, Cara decided not to attend, opting to stay in bed instead.

Later in the season, the two saw each other in the final. There, Jordan led Team UK to victory over Team US, led by Cara Maria and Paulie. After a season of dominating the political game, Cara was bested by one of her biggest

The hatred between Jordan and Cara is unique in that is both game-related AND personal. They are both alphas who, when put together, would almost certainly implode. If they could somehow, some way figure out how to work together, they would be unstoppable. But that is a BIG “if.”

You knew it was coming. Potentially the most obvious #1 but with good reason.

It all started in Battle of the Exes 2. Sarah saw an opportunity to get her first win near the end of this season. But it meant betraying a friend. She took the risk, throwing Bananas/Nany into elimination against Leroy/Nia. At elimination, Bananas and Nany lost, thus officially ending their time on the season.

Her and Jordan would go on to win the season, gaining both of them their first wins. This move is what made Bananas and Sarah a team in Rivals 3.

Bananas and Sarah were so far ahead of every other team there that it seemed a given they would end up on top. Of course, they did. For the first time in Challenge history, and five seasons before Ashley became a millionaire by stealing Hunter’s share of their winnings, one individual was given the chance to steal their partner’s earnings.

You can guess what happened next.

In true Johnny Bananas fashion, he stole every cent of Sarah’s earned $137,500. This is obviously far less money than Ashley stole from Hunter but there are a few reasons that it is much colder.

Their rivalry got much, much deeper after being paired up in Rivals 3. I can’t imagine them possibly being able to work together again on another Challenge but I’d love to see them try on the next season of Rivals.

There’s our list of the Top 5 Possible Opposite Sex Challenge Rivals Teams! What do you think of the list? Three of the five teams have already been paired together but it’s worth seeing them again. Their rivalries are all deeper than they were prior to being paired up the first time. We can only imagine how difficult it might be to work together now.

Check out more of our Reality TV articles!

Shorter Season for Survivor 41 – What Could it Mean? 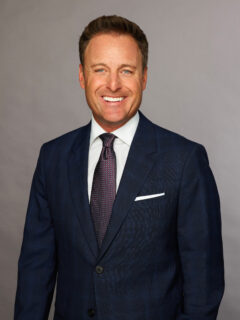 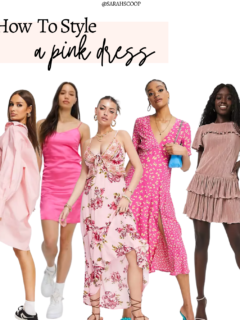 Next
How to Style a Pink Dress for Summer
Click here to cancel reply.