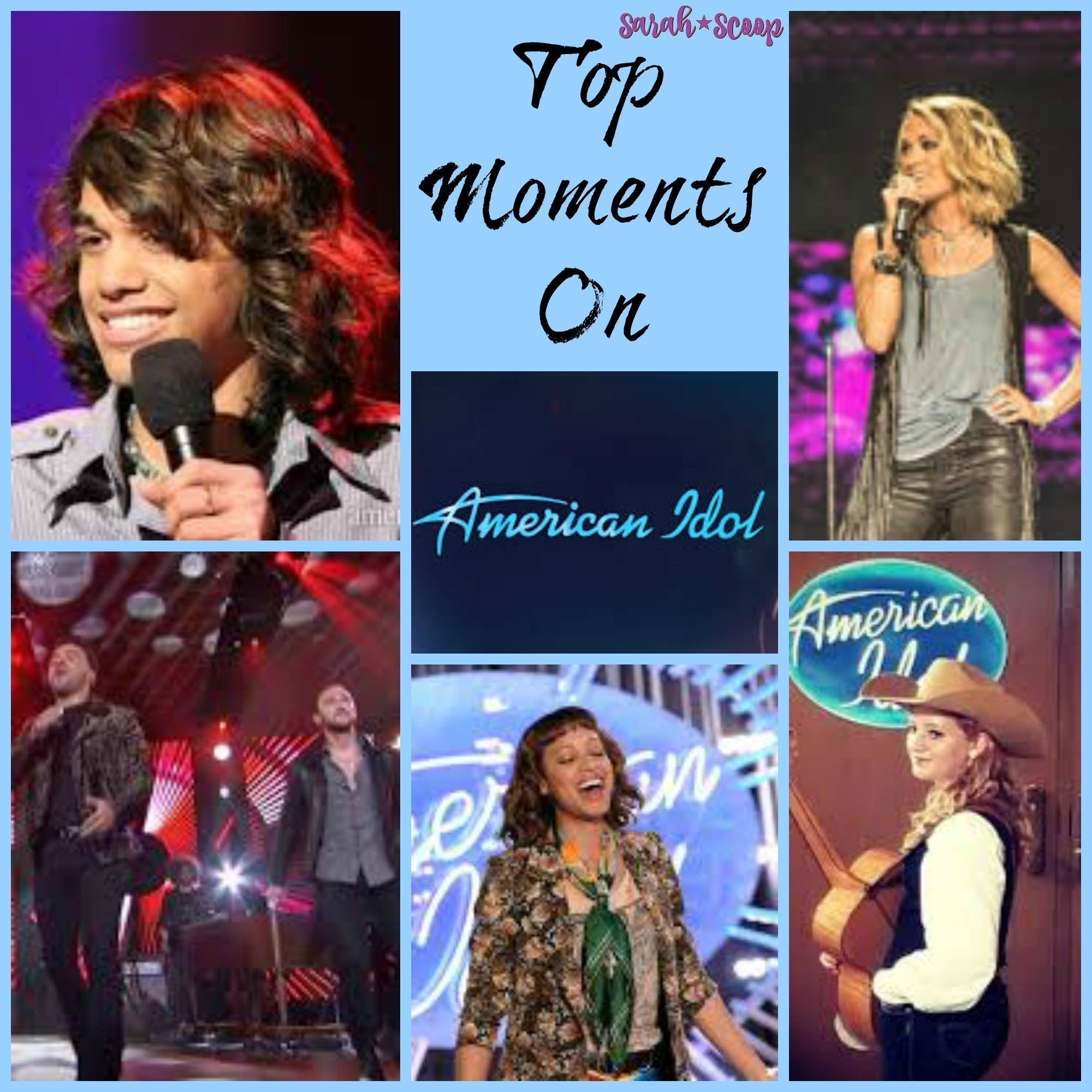 America Idol is one of the longest running singing competition shows in the U.S. and season 16 isn’t short of talented singers. I started watching American Idol from season one when I was a kid. I remembered rooting for Kelly Clarkson. Every week I’d vote for Kelly with my home phone. However, one week in particular I accidentally managed to dial 911 instead. I hung up the phone and ran back downstairs to finish watching the episode. A few minutes later I heard the doorbell ring and the police were standing on my doorstep. It was a pretty awkward situation but when I look back at it, it’s pretty hilarious. Since season one, I have continued to watch American Idol. Why? It’s an entertaining and life-changing show. You get to experience the ups and downs with the contestants. That being said, here are the most memorable American Idol moments of all time:

Blake Lewis was is truly one of a kind. He stunned America with not only his brilliant singing voice but also his amazing beat boxing skills. He went on to become the runner-up of American Idol season 6.

Harris’ rendition of Gimme Shelter was sweet, spunky, and harmonious. All of the judges were amazed with Amelia’s voice, style, and personality. You may recognize the last name and that’s because Harris is the daughter of a famous songwriter, Jack Hammer.

Viewers fell in love with Nicholas Zitzmann during his audition. His unique, funny, and quirky personality added to his audition. Although the judges were not fans of his singing, he definitely won over the hearts of many Americans.

Harris is surely a fan favorite. She’s got a sweet personality, an adorable country accent, and a tough-chick personality. The judges enjoyed having a good laugh with Harris when learning about how to udder a cow. The judges giggled and danced while enjoying Kristyn’s yodeling.

Calling all young ladies! You’re going to love this heartthrob. Brenn’s is super adorable, has a fantastic voice, and clearly writes amazing lyrics. His voice is original and strangely calming. In my opinion, Brenn’s has a chance to win it all this season.

From the start Tristan has a beautiful and mature presence about her. At 15, she could sing better than most adults. McIntosh starts off her audition saying that her mother wasn’t able to make it since she was in the military. Watch the end for a beautiful surprise.

You didn’t think that we’d leave William Hung out of this list, did you? Hung auditioned with She Bangs by Ricky Martin. Simon notably said “you can’t sing, you can’t dance, so what is there left to say?” Hung was able to take the judge’s criticism lightly. He went on to be featured in several other shows. I’d say it was worth it.

Every moment for Fantasia on American Idol was strong. She has such a powerful voice that stunned the judges, audience, and viewers alike. It came as no surprise that Fantasia ended up winning season 3 of American Idol. For another amazing performance be sure to check out Summertime (her song for the finale).

During the top 7, Cook performed Always be my Baby by Mariah Carey. He took a popular pop song and added a “male perspective,” according to Carey. Cook’s performance mesmerized everyone who listened. The strength of his voice is immense. Plus, he’s pretty cute.

Back in season 6 of American Idol, Sanjaya made his debut with his sister. Both made it through the auditions but Sanjaya was closer to winning the season. His rendition of Besame Mucho was shocking and beautiful. Many teenage girls were shocked by the variety that he could perform.

Brandon Dias and Luis Fonsi sang Despacito together and they did a fantastic job. Dias sounded harmonious and hit the notes perfectly. Lionel and Katy were extremely impress by the duet. Can you blame them?

Carrie Underwood’s rendition of God Bless the Broken Road truly showcased how Underwood could hit those really tough notes. It’s not surprise that after idol Underwood went on to become a very successful country singer.

Who is your favorite idol from all of the seasons? It’s hard to pick just one favorite.